Tropical Cyclone "Ava" made landfall in Toamasina, Madagascar on January 5, 2018 with maximum sustained winds of 167 km/h (103 mph), an equivalent a Category 2 hurricane on Saffir-Simpson Hurricane Wind Scale. Ava is dropping heavy rain on Madagascar for several days now and is expected to continue producing heavy rains, strong winds and flooding as it moves over and along the coast of Madagascar over the next couple of days.

Ava is the first named cyclone of the unusually slow 2017-18 South-West Indian Ocean cyclone season. The season officially began on November 15, 2017, and will end officially on April 30, 2018, with the exception for Mauritius and Seychelles, for which it will end on May 15, 2018.

It reached hurricane strength with maximum sustained winds of 167 km/h (103 mph) around 15:00 UTC on January 5, a couple of hours before it made landfall.

Rising water levels have been observed in the Alaotra Mangoro and Analanjirofo regions, while flooding, interruptions to communications networks and power cuts have been reported in Fokontany Ambinany (Soanierana Ivongo), according to UN OCHA. Preventive evacuations began in Brickaville on January 4.

Météo Madagascar, the national weather service for the country has issued red alerts and yellow alerts that cover a large area of the island's east coast. 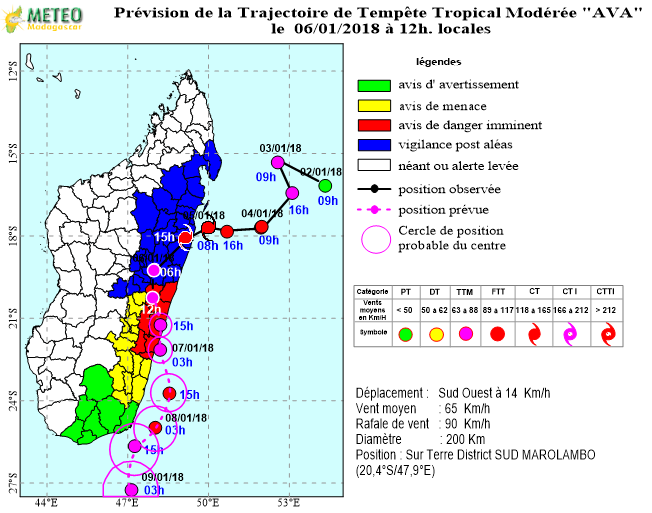 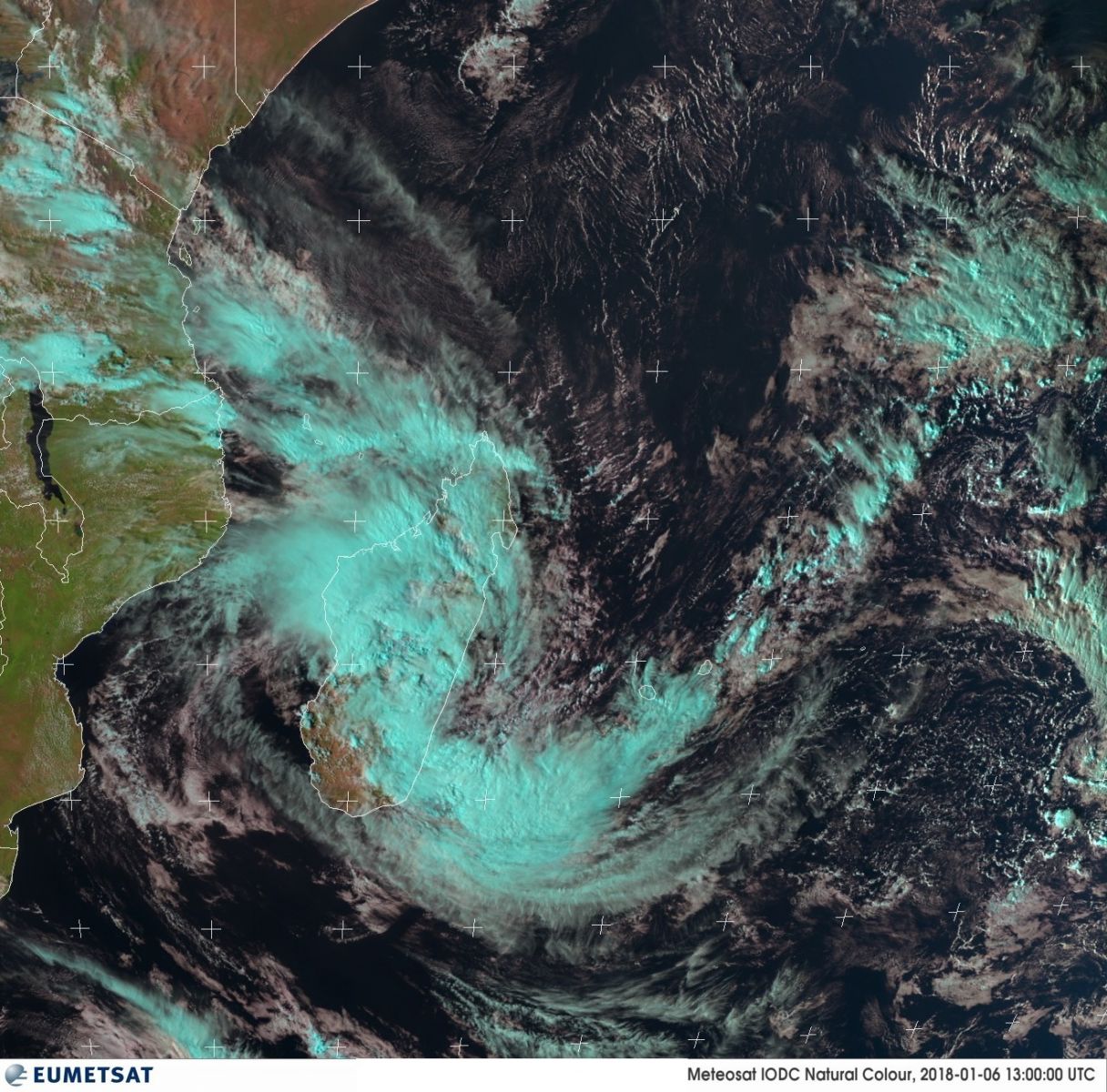 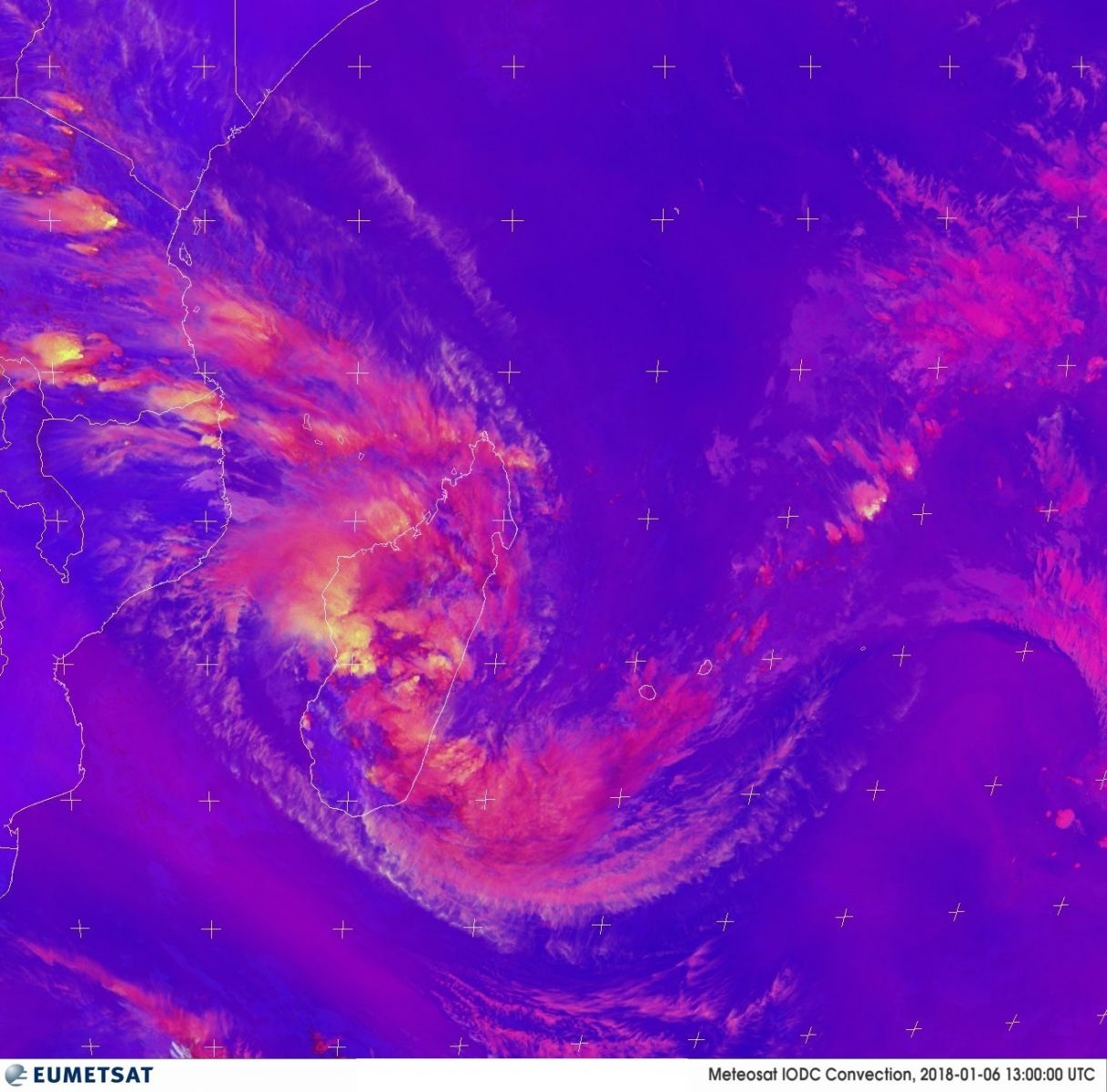 Ava's interaction with land has somewhat weakened it and further weakening is expected as it traverses the country, but its heavy rain and strong winds will remain a significant threat to lives and property over the weekend. 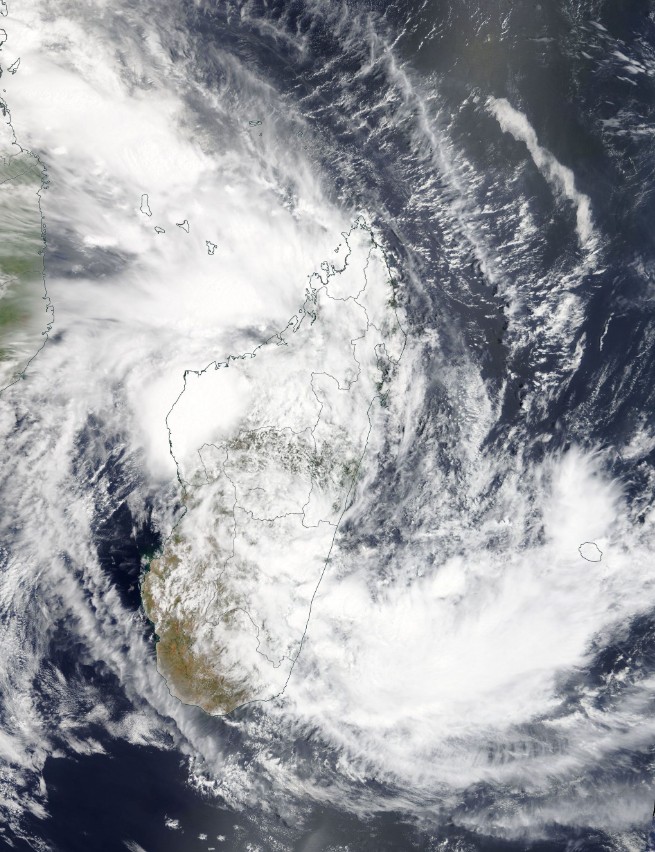 "The mountains east of Antananarivo should protect the capital city from the worst of the cyclone, but enough rain to cause flash flooding can still pour down into the start of the weekend," AccuWeather's senior meteorologist Kristina Pydynowski said.

"As Ava continues to press southward along the coast into Monday, the worst conditions in terms of heavy rain, strong winds and storm surge flooding will focus on Manakara on Saturday, then Taolagnaro on Sunday into Monday. Ava may track far enough away from land later in the weekend to regain severe tropical storm strength. However, the strongest winds may remain offshore in this scenario," she said.