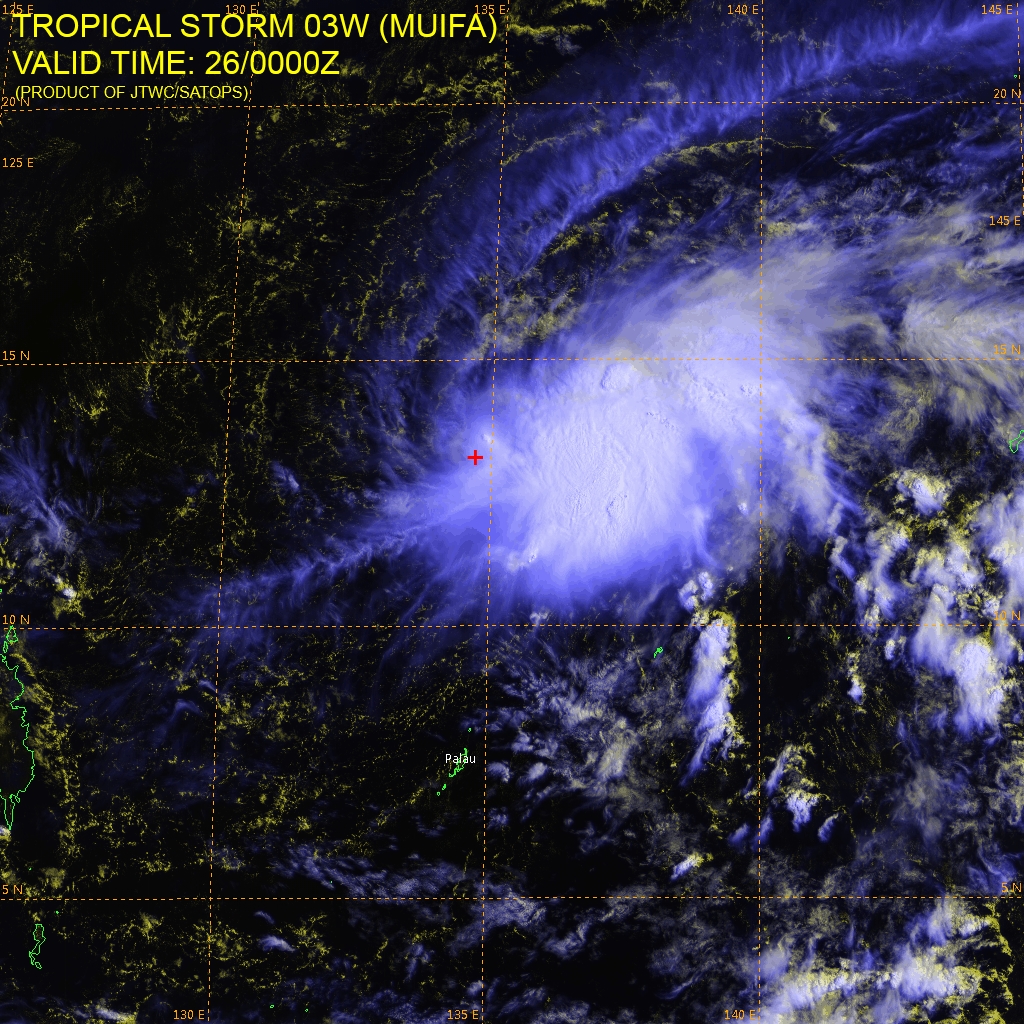 Over the next 12 hours, Muifa will continue tracking northwestward. After that, it will round the western edge of the subtropical ridge and track northward then accelerate northeastward on the poleward side.

Due to increased outflow and low vertical wind shear over the next 12 to 24 hours, Muifa is expected to somewhat intensify, peaking at 92.6 km/h (57 mph). After that, it will start its weakening trend and dissipate by 09:00 UTC on April 29, well south of Ogasawara Archipelago.