The Australian Bureau of Meteorology (BOM) said it is monitoring a complex weather system that has the potential to bring more rain, thunderstorms, winds and damaging waves to southeastern Australia starting Wednesday, September 28, 2016.

"Many Australians are already dealing with flood warnings. With people on the move during school holidays, it's important that you plan your travels with the severe weather in mind," Tupper said.

The 2016 winter in New South Wales was their third wettest on record. This winter was also the wettest in South Australia in 15 years. Areas of northern Tasmania had wettest 4 months ever on record.

Catchments in New South Wales, Victoria and Tasmania are currently saturated which means that any renewed rainfall could generate river rises and possible flooding.

"There are a large number of flood warnings current across Victoria, NSW and Queensland, and we have seen a major flood peak on the Lachlan River at Forbes in NSW overnight," Tupper said.

The Bureau warned residents in affected areas to listen to the advice of their local emergency services and not enter floodwater.

The Lachlan River in the central western NSW town of Forbes peaked at 10.67 m (35 feet) between 21:00 and 22:00 local time on Sunday, September 25 after cumulative rainfall in the region forced evacuation orders to be issued for 1 000 people on about 250 properties.

It is the highest peak Lachlan River has experienced in more than 60 years.

Water from the Lachlan River started to spill into Lake Forbes, threatening to cut the town in half.

As of early September 26, water levels at Lachlan River in Forbes remain steady at 10.67 m (35 feet). The floodwater has so far affected 100 properties, with up to 20 affected by flooding over floor level. 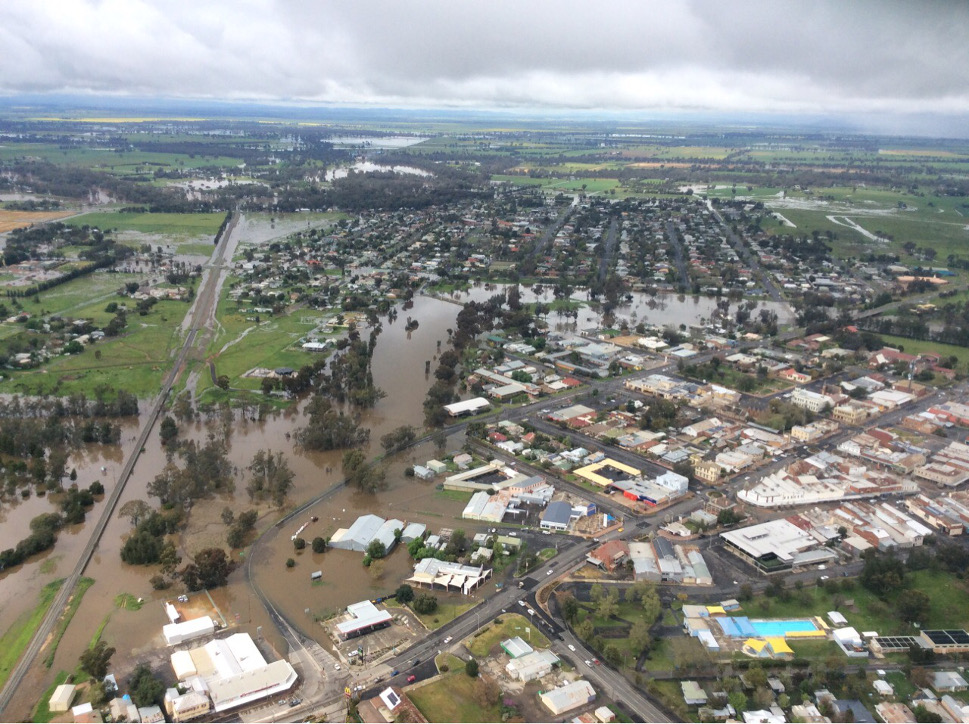 There has been an increase in livestock rescues over the past 24 hours as floodwater impacted rural areas, SES said. Farmers are urged to plan ahead and move stock to higher ground in flood affected areas.

Major flooding was also reported downstream at Condobolin and Euabalong and BOM predicts a second, higher peak in the area this week when this new low pressure system arrives.

"There will be downstream flooding effects at  Condobolin and Euabalong on the Lachlan River. They will see major flooding and people will need to start to think about preparing now in those communities," Mark Morrow, SES Acting Deputy Commissioner, said.

"The system will bring renewed rises potentially on the Lachlan River itself in Forbes, and we could see that community subjected to this sort of flooding for the next 10 days to two weeks," Morrow said.

Since the rain began on August 30, the SES has received 2 380 calls for assistance and has performed 99 flood rescues, including animal rescues and medical transports.

A Flood Watch has been issued for the Mid-North, Mount Lofty Ranges and Adelaide metropolitan area Districts for Wednesday and Thursday, September 28 and 29.

This is likely to bring renewed rises on rivers across Central and South Western NSW.