Severe Tropical Storm "Mindulle" has reached typhoon strength during the late UTC hours of August 21, 2016. According to the current JMA forecast track, this system is expected to make landfall near Tokyo just after 03:00 UTC on Monday, August 22, 2016. Those living in Mindulle's path are urged to be on the alert for landslides, river flooding, windstorms and high waves.

Mindulle is a very dangerous storm, a heavy rain maker which will bring typhoon strength winds to the Tokyo Metropolitan area.

JMA has issued red and yellow warnings for heavy rain (inundation), floods, high waves, storm surge and thunderstorms across much of the country's east coast. Heavy rain is expected to start during the morning, local time.

The amount of rainfall by Monday evening (JST) is estimated to reach 300 mm (11.8 inches) in the country's eastern regions. 200 mm (7.9 inches) is forecast for the Izu Islands.

Transportation services will be affected. Nearly 180 domestic air flights, mainly to and from Tokyo's Haneda airport on Monday, have already been canceled, NHK said.

JMA officials are urging people to be on the alert for landslides, river flooding, windstorms and high waves. 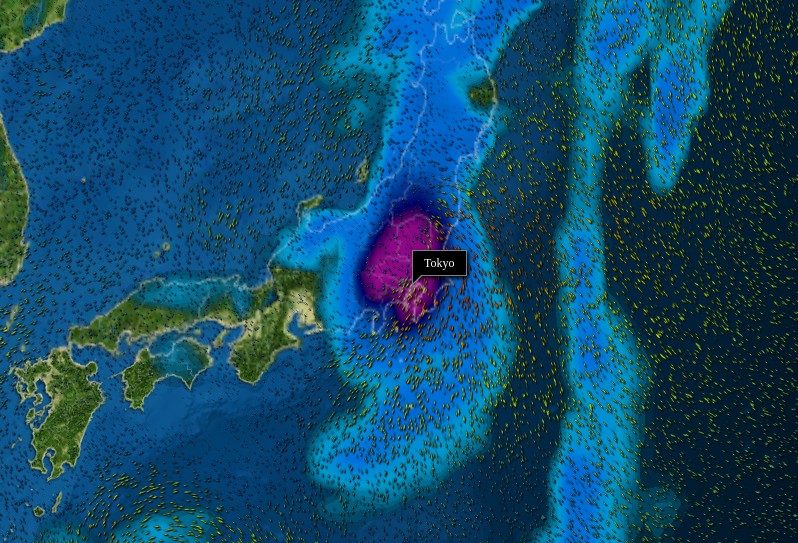 Wind and rain model after landfall on August 22, 2016. Credit: MeteoEarth

Mindulle's analysis by Meteorologist Robert Speta of the WestPacWx and NHK

Lionrock is expected to drift slowly to the west-southwest before stalling near the Ryukyu Islands, dumping heavy rain. 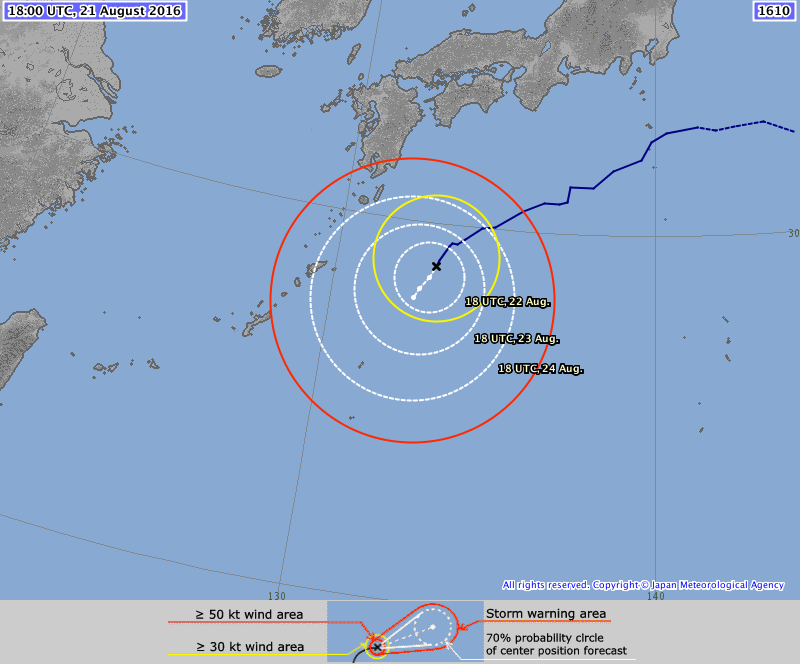