Over 50 new discoveries about Pluto's rich geology and its moon companions have been made after the latest New Horizons flyby.

"The New Horizons mission has taken what we thought we knew about Pluto and turned it upside down. It's why we explore – to satisfy our innate curiosity and answer deeper questions about how we got here and what lies beyond the next horizon," said Jim Green, director of planetary science at NASA Headquarters in Washington. 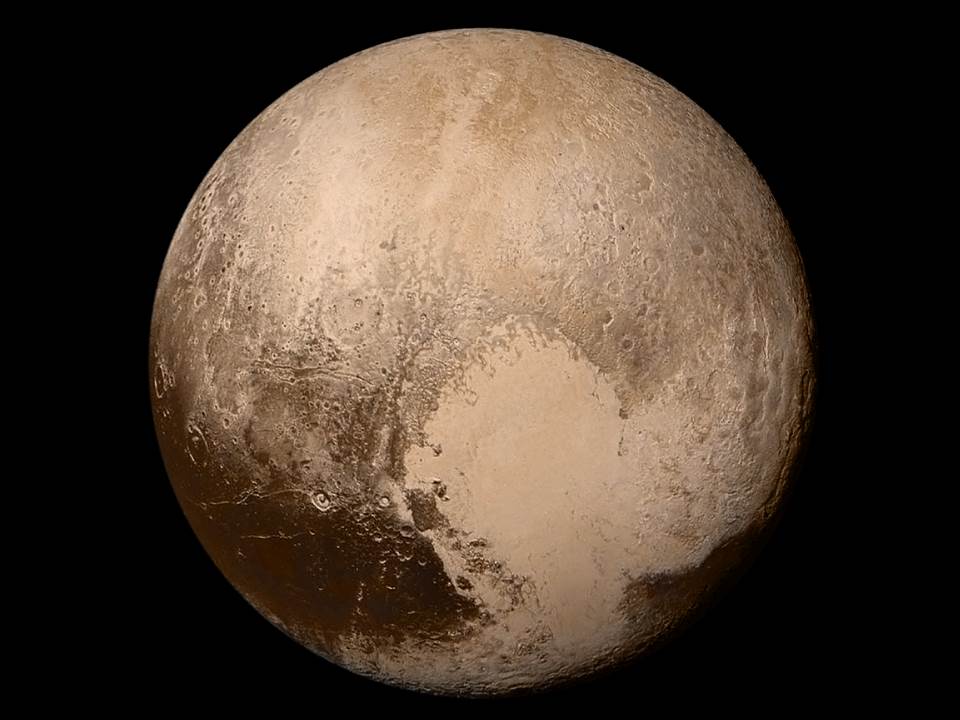 One of the significant discoveries suggests Pluto's most distinctive mountains could be so-called cryovolcanoes, ice volcanoes several kilometers high, stretching tens of kilometers across the small planet. These volcanoes have possibly been active in Pluto's recent geological past. Volcanic features show an unusual hummocky texture, which could represent a certain type of volcanic flow. However, the nature of the texture is still unknown, as is the exact material they are made off. 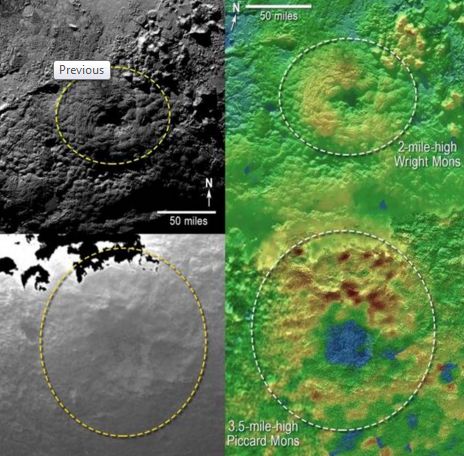 "It’s hard to imagine how rapidly our view of Pluto and its moons are evolving as new data stream in each week. As the discoveries pour in from those data, Pluto is becoming a star of the solar system. Moreover, I’d wager that for most planetary scientists, any one or two of our latest major findings on one world would be considered astounding. To have them all is simply incredible," said mission Principal Investigator Alan Stern of the Southwest Research Institute in Boulder, Colorado.

The uncovered volcanoes are similar to Earth's in appearance, however, unlike them, Pluto's ice volcanoes most likely emit a melted slurry of water ice, nitrogen, ammonia or methane. If the assumption that Pluto has volcanoes proves to be correct, it will provide an important clue about the small planet's geologic and atmospheric evolution.

“After all, nothing like this has been seen in the deep outer solar system,” said Jeffrey Moore, New Horizons Geology, Geophysics and Imaging team leader, at Ames. 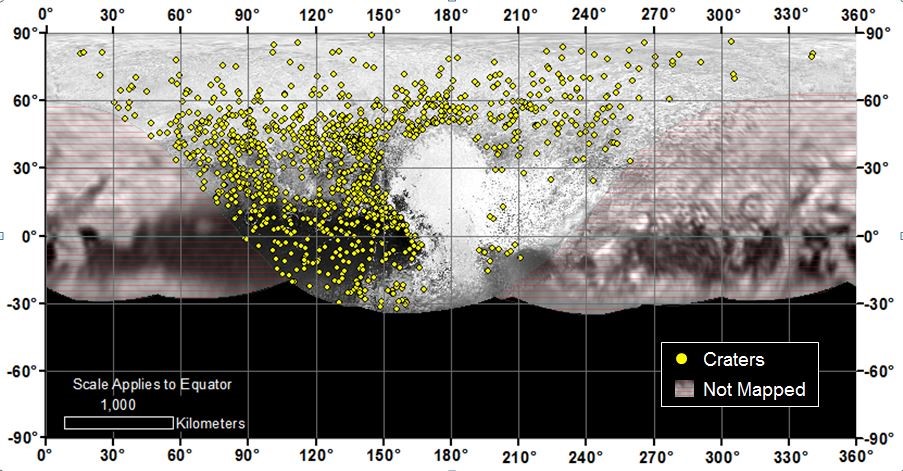 Locations of more than 1,000 craters mapped on Pluto by NASA’s New Horizons mission indicate a wide range of surface ages, which likely means Pluto has been geologically active throughout its history. Image credit: NASA/JHUAPL/SwRI

Another significant discovery is related to age of Pluto's surface, which seems to vary between ancient, intermediate and young. Parts of the planetoid have been dated to approximately four billion years ago, while a vast area seems to have formed only 10 million years ago. This, relatively new, area located on the left side of Pluto's heart has been named Sputnik Planum. The so-called "middle aged" Pluto's terrain indicates the small planet has been geologically active throughout its 4 billion years history.

The information about the age of Pluto's terrain has been deduced from the counted number of crater impacts. The more strikes are counted on the area, the older is the age estimate of the surface in question.

"We’ve mapped more than a thousand craters on Pluto, which vary greatly in size and appearance. Among other things, I expect cratering studies like these to give us important new insights into how this part of the solar system formed,"postdoctoral researcher Kelsi Singer, of the Southwest Research Institute (SwRI) in Boulder, Colorado explained.

The number of craters have provided the New Horizons team with an insight into the structure of the Kuiper Belt, an unexplored outer region of the Solar System. It indicates the Kuiper Belt had less smaller objects than predicted by some models, which leads to a conclusion it could have formed directly, at its current size, or close to it, and not by accumulation of smaller objects, as previously thought.

This conclusion could be tested by the New Horizons' next potential target, the 40 kilometer wide (30 miles) KBO named 2014 MU69.

Most inner moons in the solar system keep one face pointed toward their central planet; this animation shows that certainly isn’t the case with the small moons of Pluto, which behave like spinning tops. Pluto is shown at center with, in order from closest to farthest orbit, its moons Charon, Styx, Nix, Kerberos and Hydra. Image credit: NASA/JHUAPL/SwRI/M. Showalter

The latest Pluto flyby also revealed some unusual properties of the planetoid's moon system. Pluto's small moons are spinning much faster than other moons in the solar system. Its most distant moon, Hydra, is rotating 89 times during a single lap around the planet. These spin rates may vary, as the moon Charon exerts a strong torque which prevents each small moon from settling down into synchronous rotation.

Pluto's moons also seem to wobble at a larger degree than previously assumed.

Images of Pluto’s four smallest satellites also indicate several of them could have resulted from mergers of two or more moons.

“We suspect from this that Pluto had more moons in the past, in the aftermath of the big impact that also created Charon,” said Showalter.