New research suggests the Sputnik Planitia basin on Pluto may have assumed its current location because of the change in the spin of the dwarf planet.

The Sputnik Planitia is a 1 000 km (621.4 miles) wide basin situated in the heart-shaped region of the Pluto's surface. Its current location seems to have resulted from the accumulation of frozen nitrogen ice, which caused the planet to change its spin, in the so-called polar wander process and created cracks and tension in the crust. 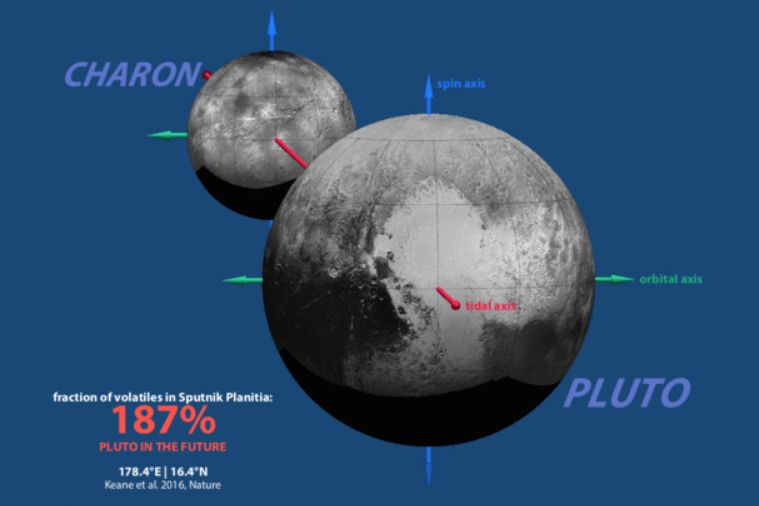 Generally, the planets tend to assume a spin to minimize the energy, consequently redistributing the extra mass closer to the equator and the mass deficits near the poles.

Because of the nature of its spin, Pluto's equatorial regions are extremely cold, with temperatures near -240 °C (-400 °F) white its poles receive a majority of the incoming sunlight. Due to its distance from the Sun, 40 times that of the Earth's, the dwarf planet's one year is equivalent to 248 Earth years. Equatorial regions are cold enough to turn the nitrogen into frozen solids. 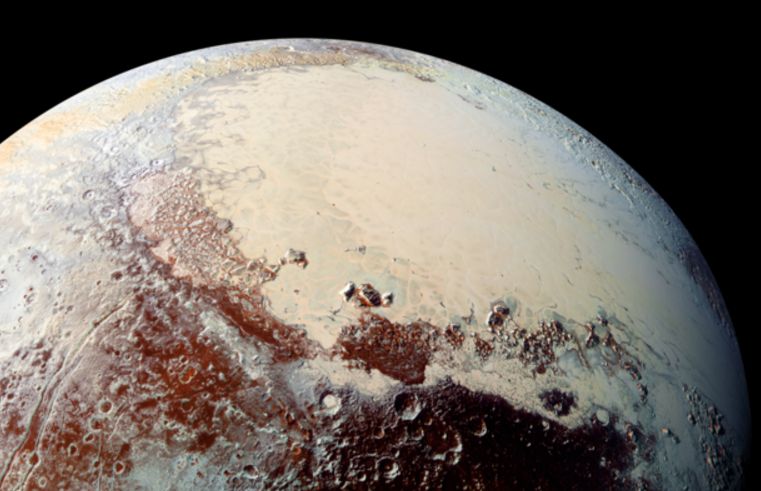 The Sputnik Planitia experiences seasonal snowfall, as the nitrogen and other gasses condense in the shadowed regions, and then heat up, and cyclically re-condense as the planet travels around the Sun.

"Each time Pluto goes around the sun, a bit of nitrogen accumulates in the heart. And once enough ice has piled up, maybe a hundred meters thick, it starts to overwhelm the planet's shape, which dictates the planet's orientation. And if you have an excess of mass in one spot on the planet, it wants to go to the equator. Eventually, over millions of years, it will drag the whole planet over," said Keane.

Basically, it turns out the Pluto's shape and position are dependent on its weather. 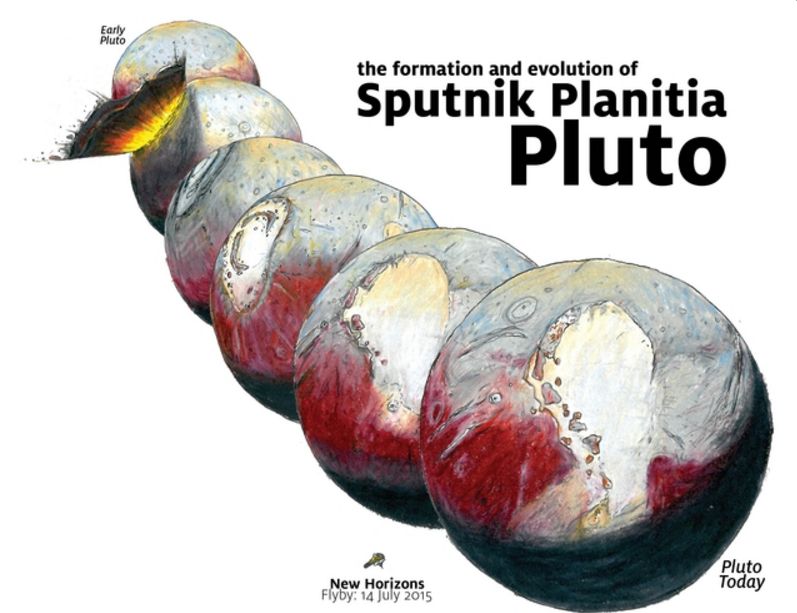 "I think this idea of a whole planet being dragged around by the cycling of volatiles is not something many people had really thought about before," Keane added.

The scientists utilized the measurements made during the New Horizon's flyby and produced computer models to examine how the surface features' shifts affect the planet's spin axis. According to the results, the Sputnik Planitia ended up situated to its expected position.

If Sputnik Planitia was loaded with massive accumulation of frozen solids, it would end up in such a place where it would cause the least wobble in the planet's axis, in order to acquire the minimum energy state.

A polar wander process was already discovered with the Earth's moon and Mars, although it happened billions of years ago.

"On Pluto, those processes are currently active. Its entire geology – glaciers, mountains, valleys – seems to be linked to volatile processes. That's different from most other planets and moons in our solar system," said Keane. 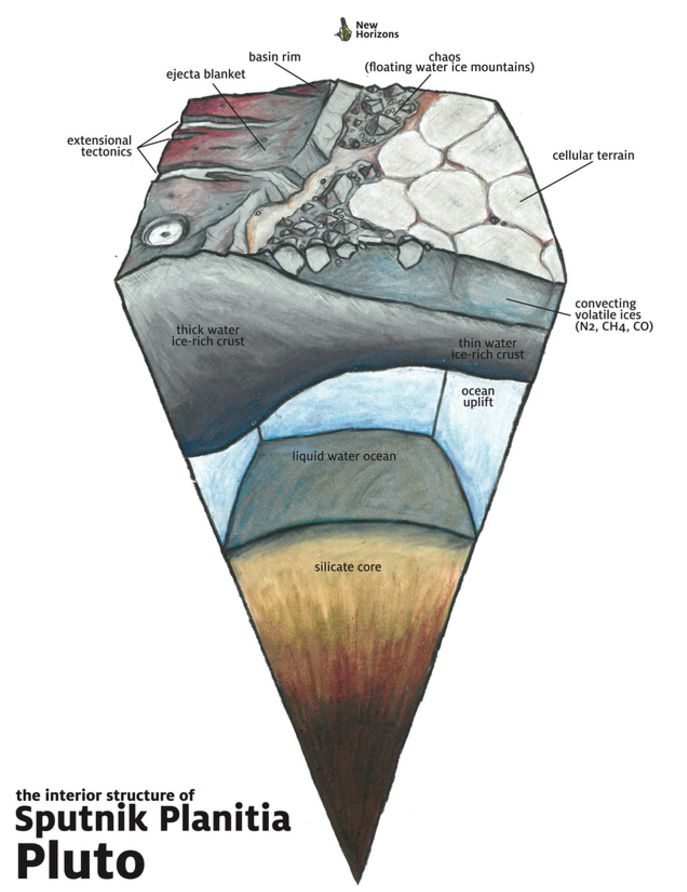 The geologic structure beneath the surface of Sputnik Planitia, likely an ancient impact basin that has since been filled with volatile ices. On Pluto, it is possible that the thinned crust is overlying a liquid water ocean. Image credit: James Keane

The models also indicate the accumulations of frozen solids would produce cracks and faults in the planet's surface at locations where they were already observed by the New Horizons. Such tectonic faults indicate a subsurface ocean likely existed on Pluto, at some point.

"It's like freezing ice cubes. As the water turns to ice, it expands. On a planetary scale, this process breaks the surface around the planet and creates the faults we see today."

According to another research, conducted by the scientists of the University of California in Santa Cruz, the Pluto's reorientation and the current location of the Sputnik Planitia could be explained by the tidal forces. However, their model requires the active presence of a subsurface ocean to work.

"Before New Horizons, people usually only thought of volatiles in terms of a thin frost veneer, a surface effect that might change the color, or affect local or regional geology. That the movement of volatiles and shifting ice around a planet could have a dramatic, planet-moving effect is not something anyone would have predicted," Keane concluded.