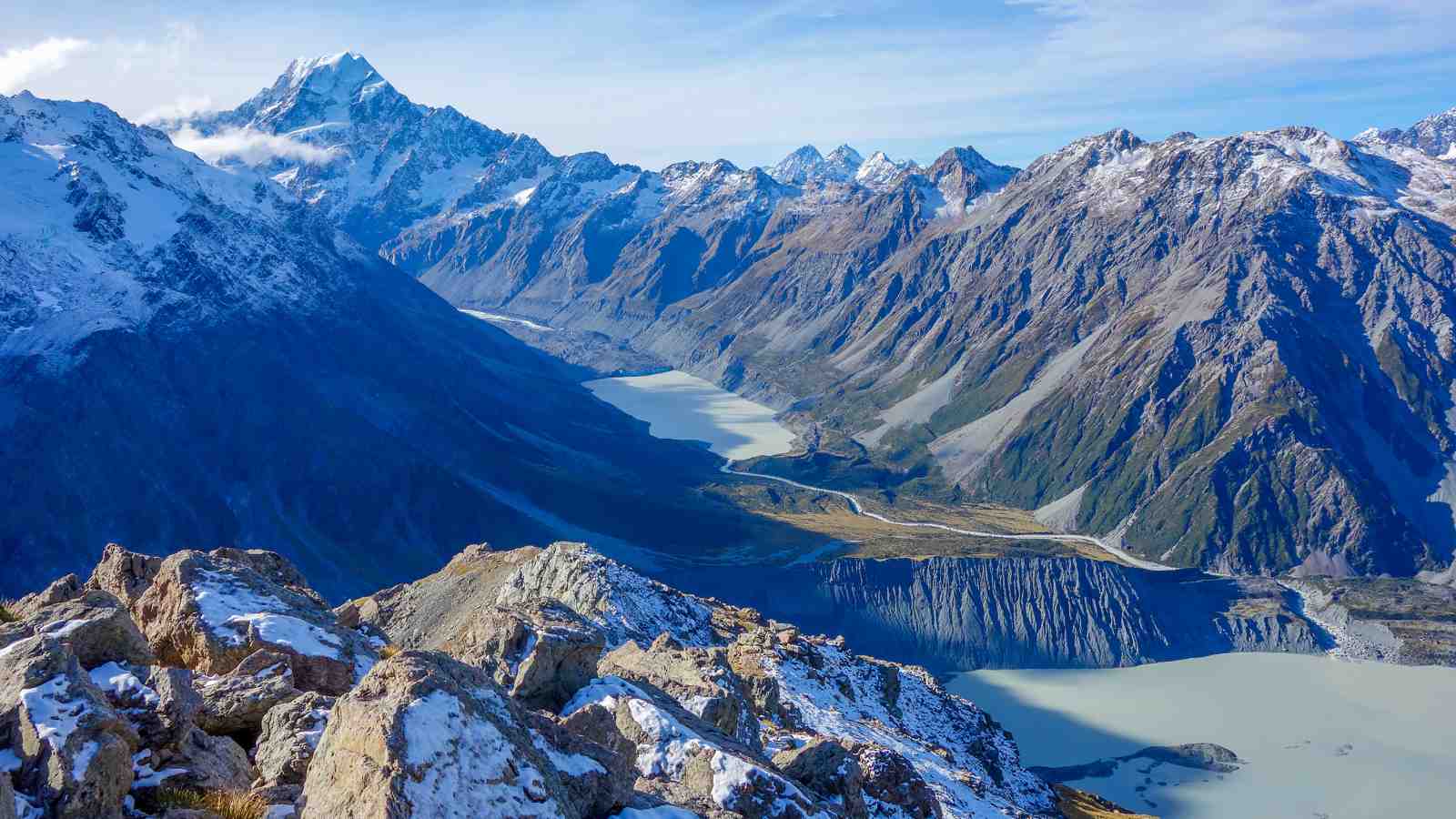 The Alpine Fault, a major fault line which runs almost the entire length of New Zealand's South Island, has been assumed to be a near vertical crack. However, a new research from Victoria University has revealed the fault line becomes flatter at depth.

“What we’ve found is that for approximately 350 km (217 miles) of the length of the South Island, the land mass of the Pacific Plate is actually sitting and sliding right on top of the Australian Plate,” says Associate Professor Simon Lamb from the School of Geography, Environment and Earth Sciences.

The region where the Pacific Plate is stacked on top of the Australian Plate is believed to be up to 100 km (62 miles) wide in some places.

“As well as vastly increasing the area where the two plates are in contact with each other, the research tells us that the effects of earthquakes may be quite different, and in some big earthquakes, the rupture zone may never break the surface.” 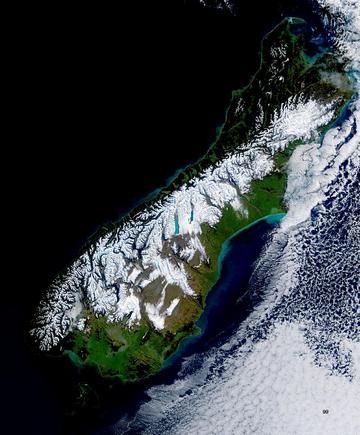 The Alpine Fault is spectacularly marked out on satellite images by the western edge of the Southern Alps snowline. Image credit: NASA.

According to Dr Lamb, although more research needs to be done to better define the possible rupture zone, this poses a very different geological problem when assessing earthquake risk.

“Someone in the centre of the South Island, for instance, might think they are miles away from the fault line, when, in actual fact, the fault could be right underneath them, making these regions more vulnerable than first thought.”

The conclusions were drawn from research into both the thickness of the South Island’s crust and the speed of seismic waves.

“The crust is very thick beneath the South Island, which is not what you would expect if the two tectonic plates were just sliding past each other on a near vertical fault. Also, seismic waves generally travel faster the deeper down you go, and yet the wave speeds get slower beneath the Southern Alps,” says Dr Lamb.

“The seismic data made complete sense from a recalculation of the physical relationship between the two plates.