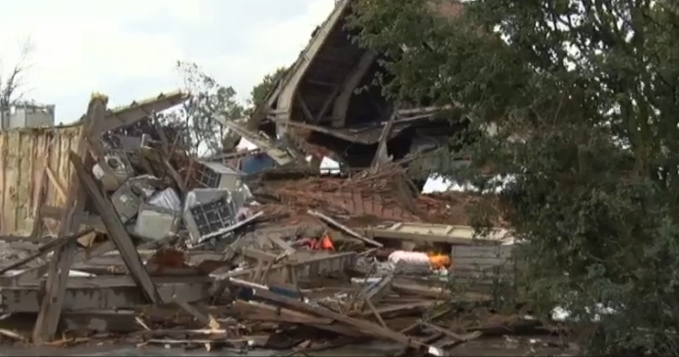 An unexpected tornado outbreak surprised residents of Wieringerwerf town in the Dutch province of North Holland, on the late afternoon of August 24. Luckily, no injuries or victims have been reported, however, infrastructural damage across the affected area is significant.

A strong updraft of warm air produced a supercell as a violent thunderstorm accompanied with intense winds swept the north of the country, meteorologists explained​. A tornado touch-down happened near the local farm in Wieringerwerf town, and completely devastated the area.

Two farms suffered extensive damage during the intense outburst and one was only lightly damaged. The fire brigade instantly provided assistance on the site of incident, however, no injuries have been reported, and the cattle remained unharmed, as well, a spokesman for Public Safety stated.

Severe thunderstorms accompanied with strong winds have swept the central eastern and northern parts of the country, as well. Local flooding was reported as a consequence of a sudden and intense severe weather outbreak, in Genemuiden, Zwolle and Hasselt. Traffic was disrupted across the affected regions due to bad weather.

Royal Netherlands Meteorological Institute (KNMI) issued a yellow warning for severe weather on August 24, as fierce thunderstorms were expected to continue throughout August 25.