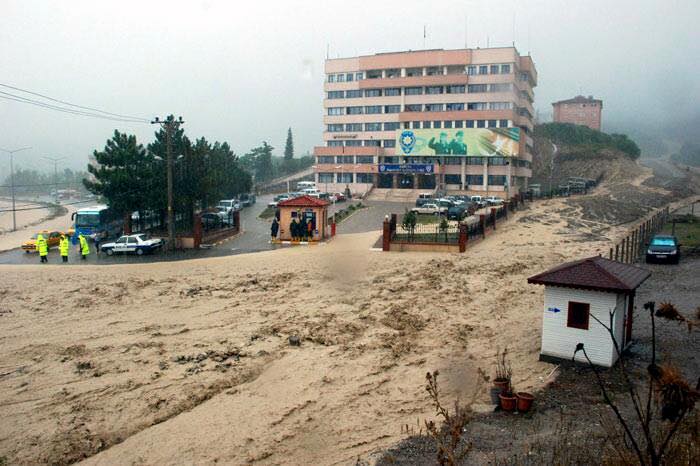 Strong rainstorm hit the Turkey's northeastern province of Artvin, causing floods and landslides across the affected region on the night of August 24, 2015. 7 people died, 17 were injured, and another 3 went missing in flood related incidents, Kemal Cirit, the province's governor, stated.

Coastal regions of the province, especially Hopa, received large amounts of rainfall, which triggered mudslides in the area. 3 people have died during a house collapse in central Hopa while 3 more deaths have been reported in Yoldere, one in Yeşilköy, and another in Eşmekaya villages in Hopa district.

The rescue teams are currently searching for the missing, one of which is a child, the Governor said: "Since 12 p.m. today [Monday], our coastal regions, especially Hopa, have received a lot of rain. This torrential rain has caused mudslides, and 7 people lost their lives in the center of Hopa and its three villages." 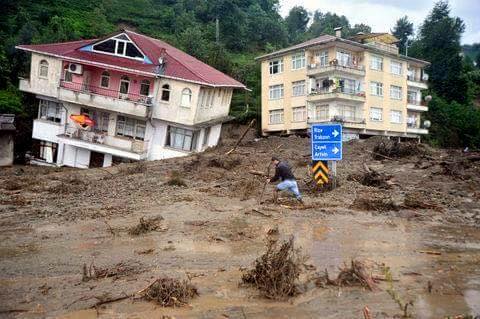 It was the heaviest rainfall of recent years, the affected region measured 255 kg of rainfall per square meter (255 mm/10.03 inches), according to Governor's report. [The Turkish Meteorology service measures rainfall using Kg per m2; 1 Kg/m2 is equivalent of 1 mm of rain.​]

A rescue team is currently in operation providing relief support across the affected areas, according to the Disaster and Emergency Management Presidency of Turkey (AFAD): "All rescue crews in Black Sea region are on alert".

#Vehicles are seen inside the debris in a flooded area following torrential #rains in #Artvin #Turkey #AA #flood pic.twitter.com/3YJjXoubkf

A number of homes across the region were inundated, and nearly 300 vehicles have been reported damaged by fallen trees and flood debris, as the flood waters have overflown the local truck parking space.

Heavy rainfall is forecasted to continue throughout the night of August 25, according to the local meteorologists.