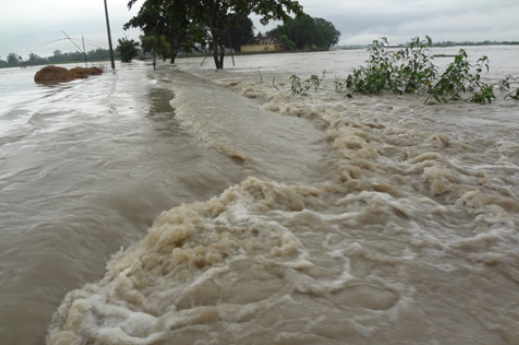 More heavy rainfall hit the state of Assam in northeast India on August 17, 2015, and caused another series of floods over the next few days. So far, 18 people have died, and at least 600 000 people have been affected by the flooding.

The state of Assam has suffered series of floods since the beginning of this year's monsoon season. Current round of severe rainstorms have affected 18 districts, inundated 1 291 villages, displaced almost 180 000 people and drowned about 50 000 hectares of agricultural land, the Assam State Disaster Management Authority (ASDMA) reported.

Districts Dhubri, Goalpara, Chirang, Kokrajhar and Bongaigao have been hit the worst. 4 deaths have been reported by August 23. However, death toll has risen to 13 over the last 24 hours, according to local media. 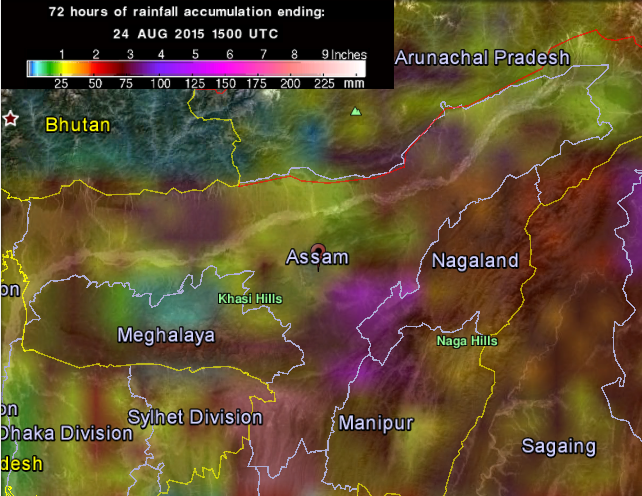 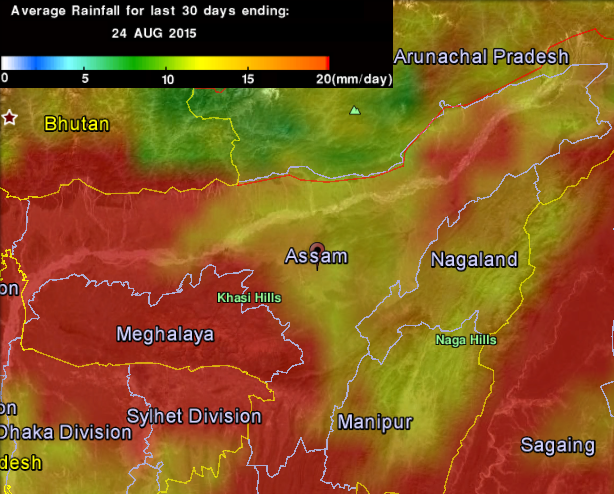 ASDMA has set up 260 relief camps for displaced families, across the state. India's National Disaster Response Force (NDRF) and India military are also carrying out relief and rescue work across the affected areas.

Chief Minister Tarun Gogoi undertook an aerial survey of the worst affected areas in the state, and said that relief forces will require funds for re-building the infrastructure damaged in the floods from the central government: "We have funds for relief work. What we require from the central government is sufficient funds for building infrastructure such as roads, bridges, school buildings, health centers, houses and embankments damaged by floods last year and proper rehabilitation of the flood-hit people."

The state demanded 660 crore rupees (1 crore equals to 10 million) for rescue and relief operations. Mr Gogoi is confident the Assam government would prepare an assessment report highlighting the damage, after the flood waters recede.