Heavy monsoon rains are continually falling in Arunachal Pradesh and upper Assam in northeast India. Yesterday, water levels of the Brahmaputra river were above the red mark in Jorhat and Dhubri, and are still expected to rise further in the next few days.

According to Assam State Disaster Management Authority (ASDMA), the flooding has affected over 700 villages (3 lakh/300 000 people) across the districts of Barpeta, Sonitpur, Dhemaji, Lakhimpur, Tinsukia, Darrang, Nalbari, Goalpara, Jorhat, Kamrup, Baksa, Dibrugarh, Kamrup, Nagaon, Bongaigaon. At least 2 people died in the districts of Bongaigaon and Lakhimput, since the beginning of the floods on June 7, 2015.

The measured level of Brahmaputra at Neamatighat in Jorhat district was 85.22 meters, at 12 pm local time today, which is above the danger level of 85.04 meters. The water levels are currently steady at Neamatighat. The highest level recorded was in 1991, when the river reached 87.37 meters.

India’s National Disaster Management Authority (NDMA) has issued weather warnings for the next few days for several states, particularly in the east of the country. 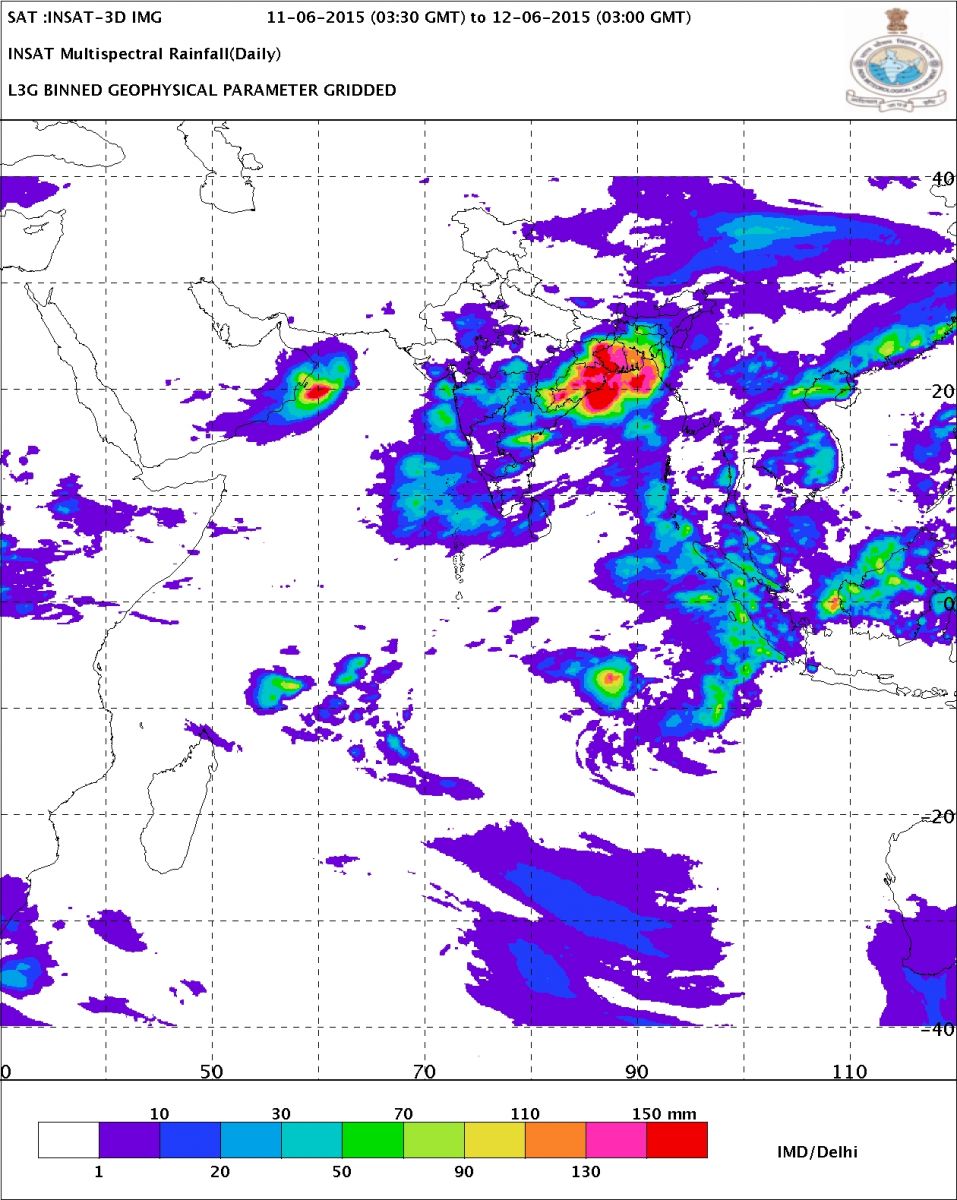 Flood situation in some low lying areas of Sunamganj and Sylhet (Bangladesh) districts may further deteriorate.

In neighboring Nepal, at least 55 people have died and more than 80 were injured when rain-triggered landslide hit the Taplejung district on June 10, 2015 affecting the villages of Liwang, Thokling, Thinglabu and Lingket.