Typhoon "Goni" made landfall in the Kumamoto prefecture on the Japanese Island of Kyushu on August 25, 2015, after battering the Ryuyku Islands and the northern Philippines. Extreme weather conditions left 70 people injured, at least one missing and more than 600 000 evacuated.

The powerful typhoon made landfall in the southwestern Kumamoto prefecture on August 24 around 21:00 UTC, according to Japan Meteorological Agency. Prior to that, Goni caused severe flooding and landslides across the northern Philippines, leaving behind at least 26 victims.

Heavy rainfall and violent winds brought by the Typhoon "Goni" have wreaked havoc across the affected areas over the Kyushu Island, heavily disrupting rail and traffic services, uprooting trees and causing severe infrastructural damage. Hundreds of flights have been canceled on the local airports, including the international services between Fukuoka, Seoul and Shangai. 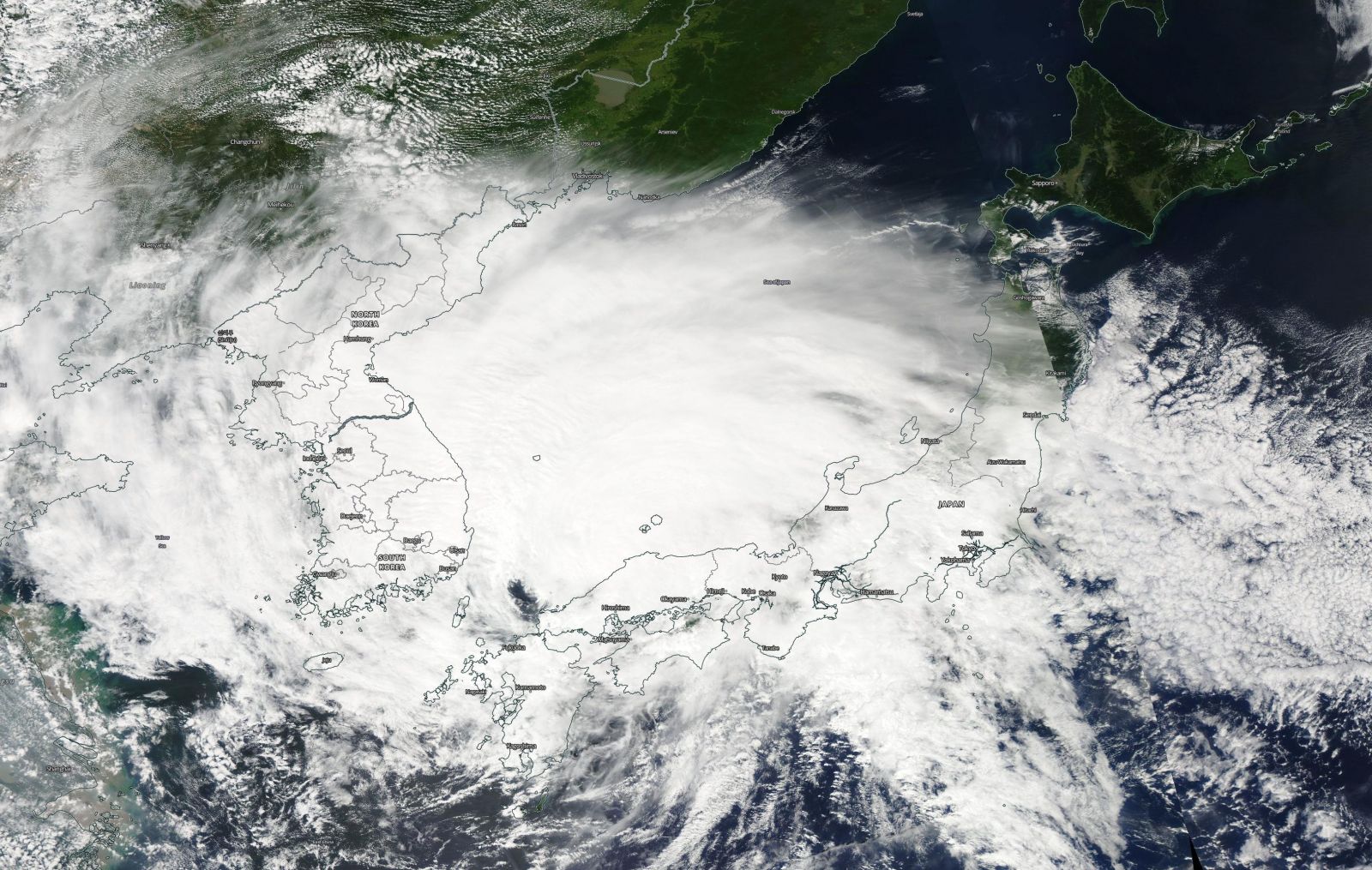 Wind gusts of up to 164 km/h (102 mph) were reported at Makurazaki early on August 25. 134.5 mm (5.3 inches) of rain was reported to fall in only one hour on Mount Unzen in Nagasaki prefecture setting a new historic record, while 677 mm (26.65 inches) of rainfall was measured in a 24 hour period, up to August 25, in Miyagawa, Mie prefecture. The measured precipitation amount also broke a historic August record from 1978, Weather.com reports. 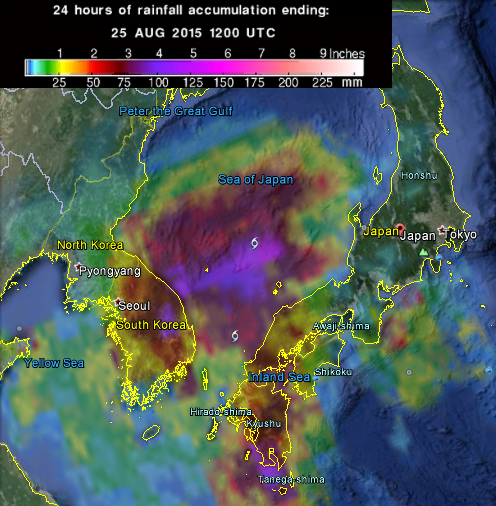 Total rain accumulation in Philippines has reached the values between 500 and 550 mm (20 and 22 inches), while the hourly rainfall rate was estimated between 17 and 25 mm/h (0.67 and 0.98 inches/h), Global Disaster Alert and Coordination System (GDACS) reported on August 25. 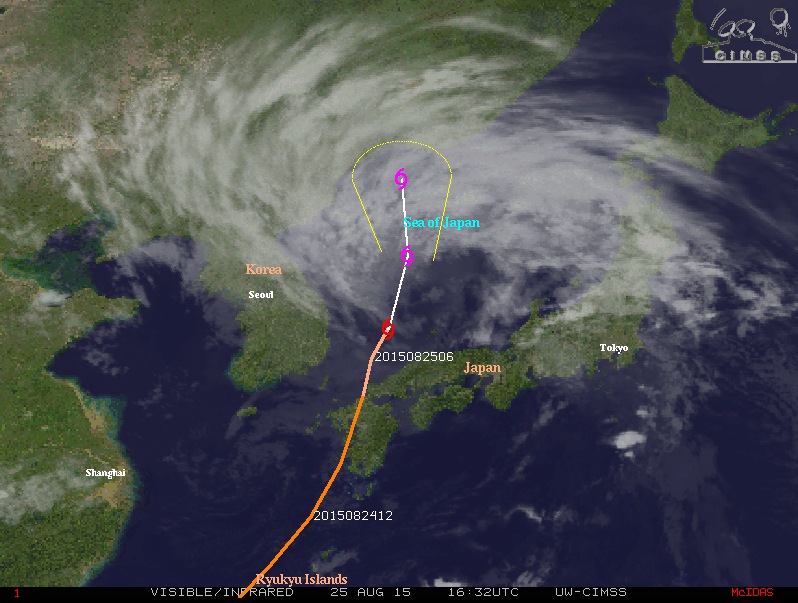 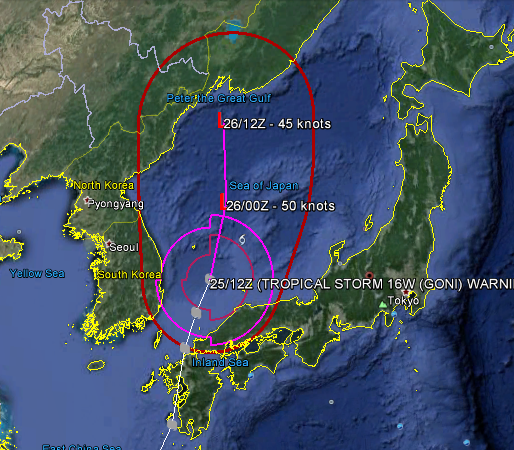 Severe weather related incidents also included injuries sustained by broken glass cuts and seaweed and fish scattered on the shores by the huge waves. One man went missing after the landslide in Kumamoto, media reports. 290 000 households remained without electricity after the power cutoffs across Kyushu.

As it passed the inland and entered the Sea of Japan, Goni's intensity has significantly weakened.

Russia issued an orange alert for the areas of Primrosky Krai and Sakhalin area of the eastern part of the country, where Goni's final landfall is expected on August 26.

Featured image: The impact of Typhoon "Goni" as it made landfall in Kumamoto prefecture, Japan, August 25, 2015. Image credit: France TV