There is a high probability that Severe Tropical Cyclone "Pam" can further intensify and attain a Category 5 system in the next 12 – 18 hours. 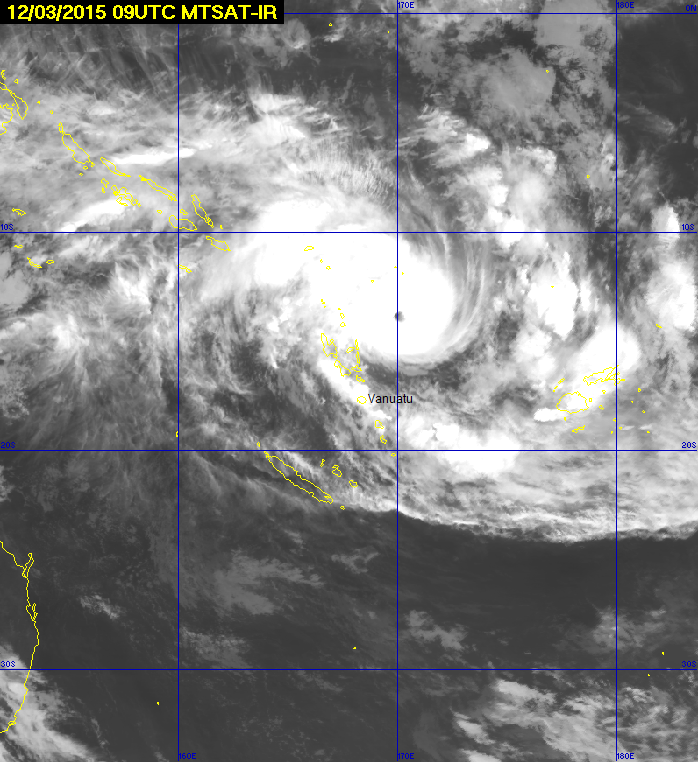 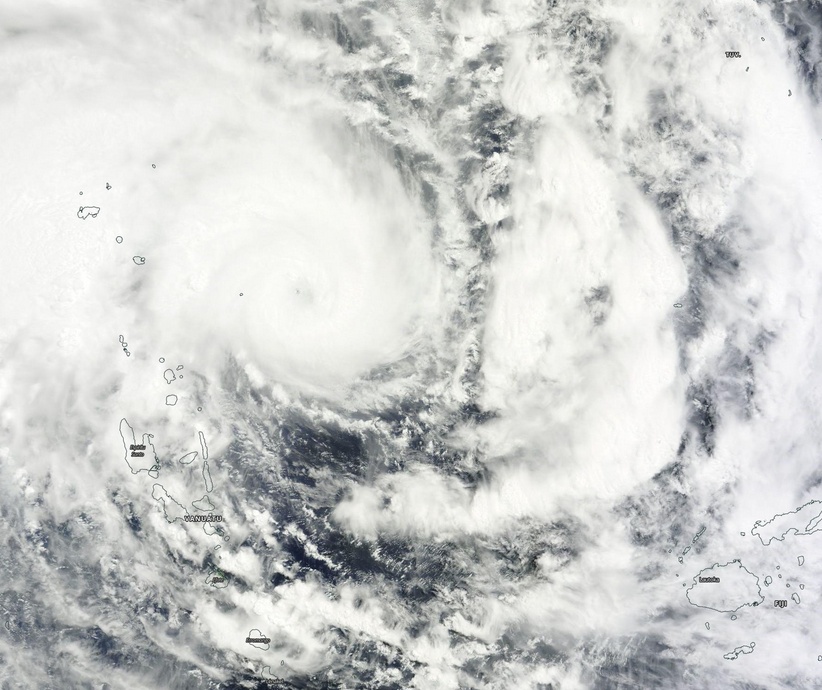 Additional warnings are also in effect in New Zealand as Pam continues to head south. Parts of the North Island are likely to be affected by severe weather on Monday, March 16. The areas cited under the warning are Gisborne and northern Hawkes Bay. 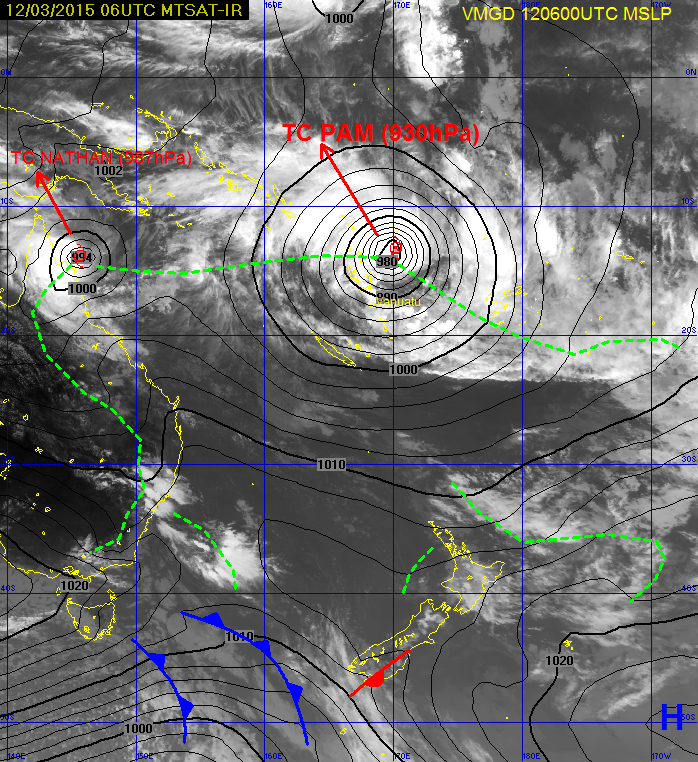 The TRMM satellite had a good look at Pam on March 10, 2015 at 11:27 UTC when maximum sustained winds were estimated at 148 km/h (92 mph). TRMM's Microwave Imager showed that heavy rainfall from Pam covered a large area of the South Pacific Ocean near the Santa Cruz Islands. The eye of the intensifying tropical cyclone was shown passing to the east of the Santa Cruz Islands. 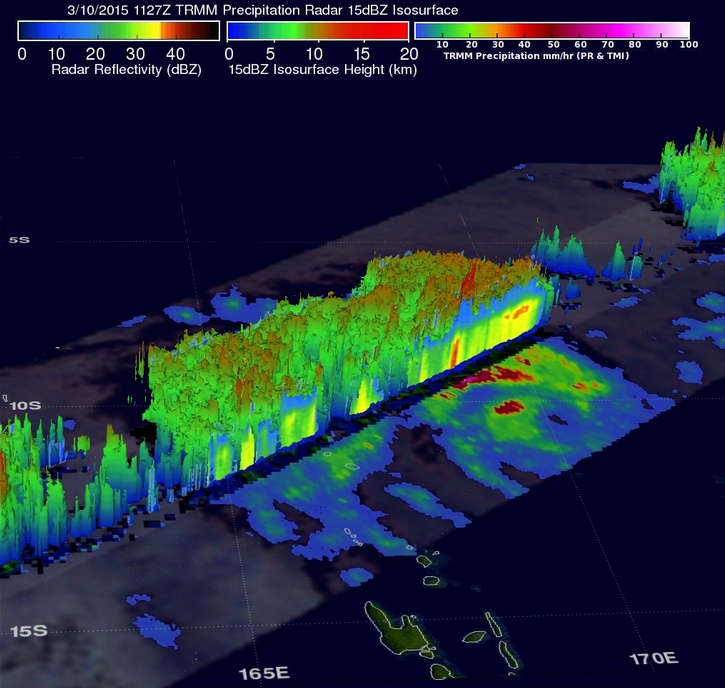 One of Pam's intense feeder (thunderstorm) bands northwest of the islands was dropping rain at a rate of over 158 mm (6.2 inches) per hour. TRMM's Precipitation Radar instrument covered the area to the northwest of Pam's eye and data was used to create a 3-D view of the storm that showed some cloud top heights there were reaching heights above 16 km (9.9 miles).

The Joint Typhoon Warning Center forecast takes Pam east of Vanuatu. The forecast then calls for Pam to become extra-tropical when it passes northeast of New Zealand.