The system curved onto a southwesterly track during the day, and is expected to maintain this general motion through to landfall on the eastern Queensland coast between St Lawrence and Hervey Bay early on Friday, February 20.

Marcia is expected to slowly intensify, with a high chance of reaching Category 2 intensity by landfall. 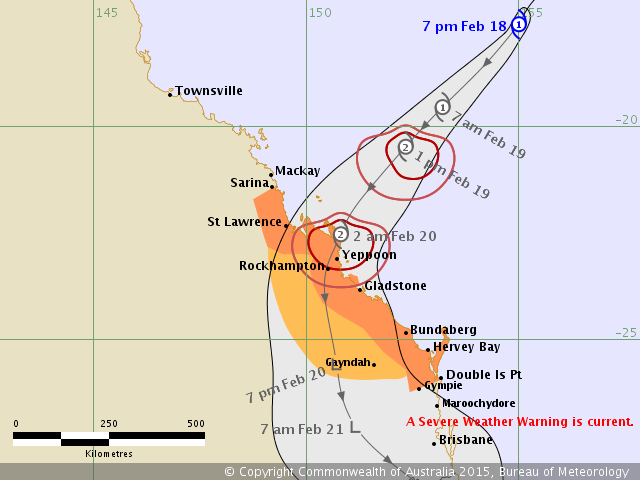 Gales are expected to develop about coastal and island communities between Sarina and Double Island Point on Thursday during the late afternoon or evening (local time). Destructive wind gusts to 150 km/h (93.2 mph) may develop about the coast and islands near the center on Friday morning.

Heavy rainfall will develop about coastal and island communities between Sarina and Double Island Point during Thursday, particularly over areas to the south of the system. A Flood Watch is current for the area.

Abnormally high tides will be experienced on Thursday with water levels expected to rise above the highest tide of the year on the high tide.

Coastal residents between St Lawrence and Double Island Point are specifically warned of the dangerous storm tide as the cyclone crosses the coast. The sea is likely to rise steadily up to a level well above the normal tide, with damaging waves and flooding of some low-lying areas close to the shoreline. People living in areas likely to be affected by this flooding should take measures to protect their property as much as possible and be prepared to follow instructions regarding evacuation of the area if advised to do so by the authorities.

Dangerous surf is expected to develop about exposed beaches south of Sandy Cape from early Thursday. 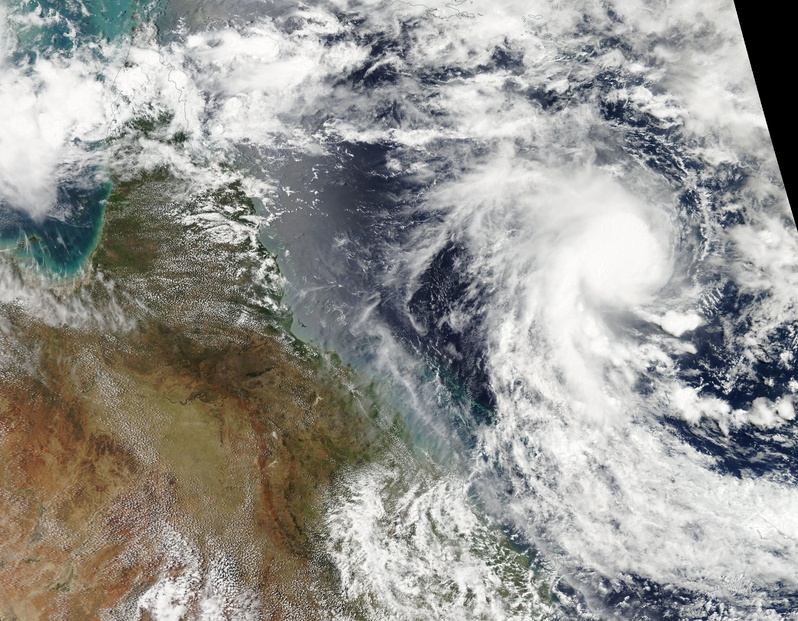