A dangerous Tropical Cyclone "Lam" formed in the Arafura Sea, between Australia and Indonesian New Guinea, on February 16, 2015. The system is expected to make landfall in Northern Territory, Australia on February 18 or 19 as a powerful Category 4 storm on the Australian tropical cyclone intensity scale.

There is already significant rainfall, around the 20 – 50 mm range, and there will be much heavier falls along the coast as the cyclone nears and intensifies over the next 36 hours to a peak intensity of about 166 km/h (103 mph).

At 11:30 UTC today, Lam had 10-minute sustained winds of 100 km/h (62 mph) near the center (Category 2 storm on the Australian tropical cyclone intensity scale), with wind gusts up to 140 km/h (86.9 mph), according to the Australian Bureau of Meteorology (BOM). 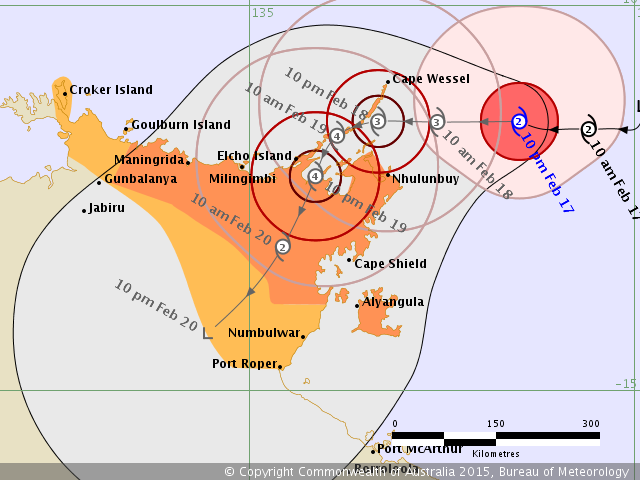 Gales with gusts to 110 km/h (68.3 mph) are expected to develop in coastal areas between Cape Wessel and Cape Shield, including Nhulunbuy early on Wednesday (local time) before extending west to Goulburn Island and possibly south to Groote Eylandt later in the day, BOM said.

Very destructive winds with gusts greater than 170 km/h (105 mph) may develop over the Gove Peninsula and northeast Wessel islands from midday Wednesday. Very destructive winds may extend further west to Milingimbi from late Wednesday, or possibly south to Cape Shield depending on the track the cyclone takes.

Gales may extend west to Croker Island or south to Port Roper overnight Wednesday or during Thursday depending on the track the cyclone takes.

Coastal residents between Elcho Island and Cape Shield, including Nhulunbuy are specifically warned of a very dangerous storm tide as the cyclone centre crosses the coast. Tides will rise significantly above the normal high tide, with damaging waves and very dangerous flooding.

Heavy rain is likely to cause flooding of low-lying areas in the northeast Top End from Wednesday. 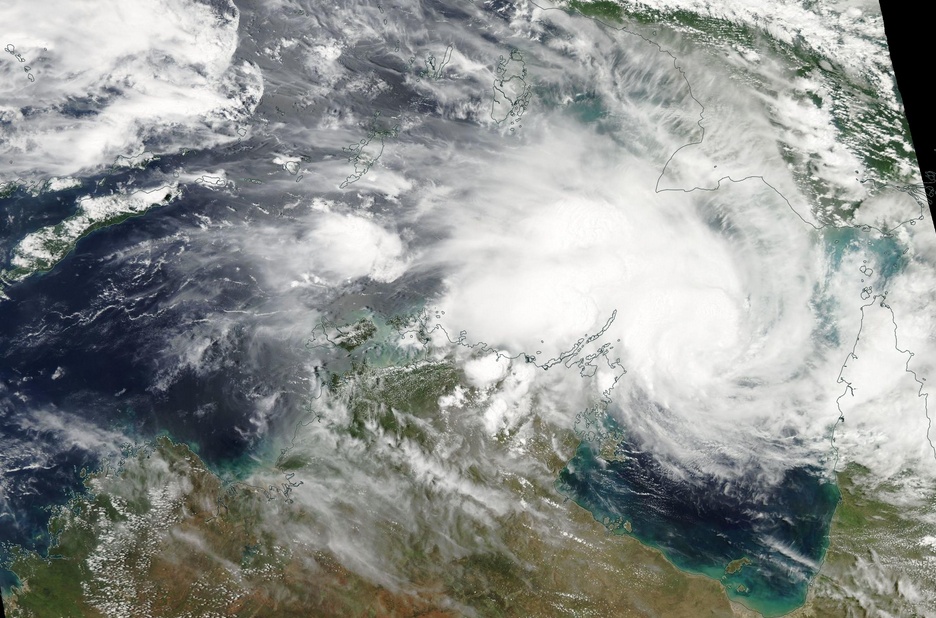