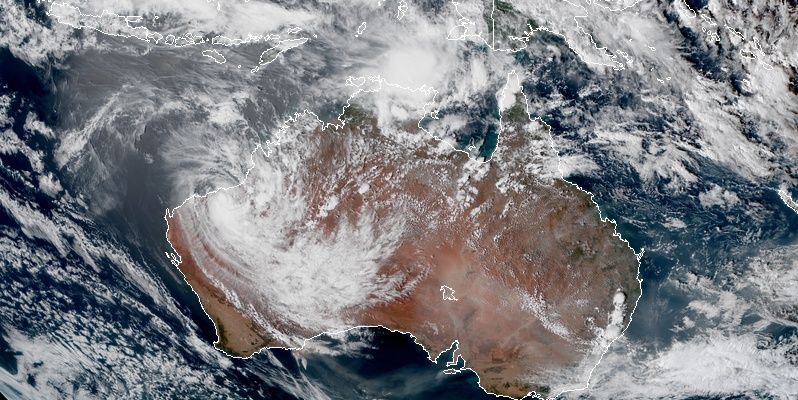 Tropical Cyclone "Blake" made landfall near Wallal Downs, Western Australia on January 7, 2020 with winds up to 85 km/h (53 mph) and heavy rain. Blake is the first named storm of the 2019/20 Australian region cyclone season. Meanwhile, another tropical cyclone is brewing near the coast of Northern Territory. It is forecast to approach and most likely cross the north coast early on Friday between Maningrida and Croker Island, then continue towards the Darwin area or the Tiwi Islands while gradually weakening.

Tropical Cyclone "Blake" has decayed to a tropical low shortly after making landfall and continued moving southwest. The system is expected to move over the Pilbara, Southwest Sandy Desert and the Northwest areas of the Salt Lake districts. Persistent monsoonal rain and thunderstorm activity is also expected to continue in the northwest Kimberley today with heavy falls possible.

At 06:00 UTC on January 8 (14:00 AWST), Ex-Tropical Cyclone Blake was located approximately 95 km (60 miles) east of Port Hedland, moving southwest at 5 km/h (3 mph). The system is expected to be in the vicinity of Marble Bar during the evening and Nullagine during the late evening (LT) or early Thursday (LT) as it starts moving in a general southerly direction.

Heavy rainfall and localized flooding is expected over the coming days in areas of the Sandy desert, Pilbara and Salt lake districts, BOM warns.

As the tropical low moves SSE the forecast rainfall for the next 24 hours is 75 – 100 mm (3 – 4 inches) with isolated totals up to 200 mm (8 inches) possible from the De Grey River catchment extending over the upper Fortescue River into the South Western areas of the Sandy desert and into the North-Western areas of the Salt Lake District.

Forecast rainfall in the affected catchments is expected to result in river rises, areas of flooding and adversely impact road conditions. Some roads may become impassable and communities linked by minor roads may become isolated. 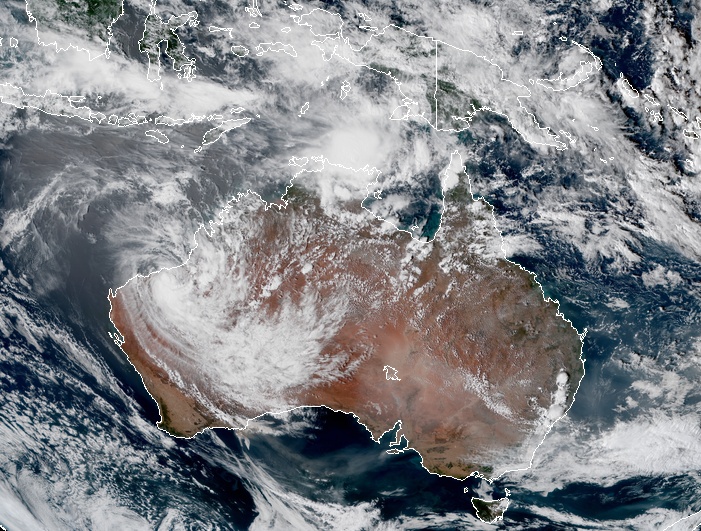 The low will intensify further and is likely to develop into a tropical cyclone over the next 24 hours — and be named Claudia. The cyclone is forecast to approach and most likely cross the north coast early on Friday between Maningrida and Croker Island, then continue towards the Darwin area or the Tiwi Islands while gradually weakening.

Gales with gusts to 110 km/h (70 mph) are expected to develop between Elcho Island and Goulburn Island, including Maningrida and Milingimbi, on Thursday morning and may extend further west to Croker Island during Thursday night.

Destructive winds with gusts greater than 130 km/h (80 mph) may develop between Maningrida and Goulburn Island later on Thursday, January 9 if the cyclone continues to intensify.

Gales may extend west to Point Stuart and inland to Jabiru and Gunbalanya on Friday if the cyclone moves on a southwest track. Gales could extend further to the Darwin area and the Tiwi Islands later on Friday or Saturday if the cyclone maintains strength as it passes close to or over the Cobourg Peninsula.

Heavy rainfall and localized flooding are expected about the north coast today, extending further west to the Tiwi Islands and northwest Top End on Friday and Saturday.

A storm tide between Elcho Island and Goulburn Island is expected as the cyclone center approaches the coast on Thursday night (LT) and may extend further to the Croker Island area on Friday, January 10 (LT). Tides are likely to rise significantly above the normal high tide, with damaging waves and dangerous flooding during Thursday and Friday.