Severe Tropical Cyclone "Trevor" was upgraded to Category 3 cyclone on the Australian tropical cyclone intensity scale. Trevor is expected to continue intensifying before it makes landfall somewhere between Port MacArthur and the Northern Territory/Queensland border. Authorities are urging residents to finalize preparations today, follow directions from emergency services, and have their cyclone kits ready.

With severe tropical cyclone Veronica sitting off northwest Western Australia as well, it's only the second time in Australia's history that we'll likely see two Category 4 or above cyclones cross the coast within 24 hours of each other, BOM Senior Meteorologist Dr. Adam Morgan said March 22.

The forecast of a high category 4 system at landfall reflects intensification overnight by T1.5/18 hours.

NWP models are in good agreement on landfall between Borroloola and the Northern Territory/Queensland border around 00:00 UTC on Saturday, March 23.

The cyclone's circulation is broad, with gales potentially affecting much of the southern Gulf coast from midnight tonight.

The large circulation and low shear environment coupled with the flat land topography in the Carpentaria District will allow the cyclone to persist for almost 24 hours after landfall.

The remnant tropical low is forecast to continue moving inland over eastern parts of the Northern Territory during Sunday and Monday, March 24 and 25.

Heavy rainfall is expected to cause flash flooding and significant stream rises during the weekend and next week in these areas, with an associated risk of damaging wind gusts in thunderstorms. 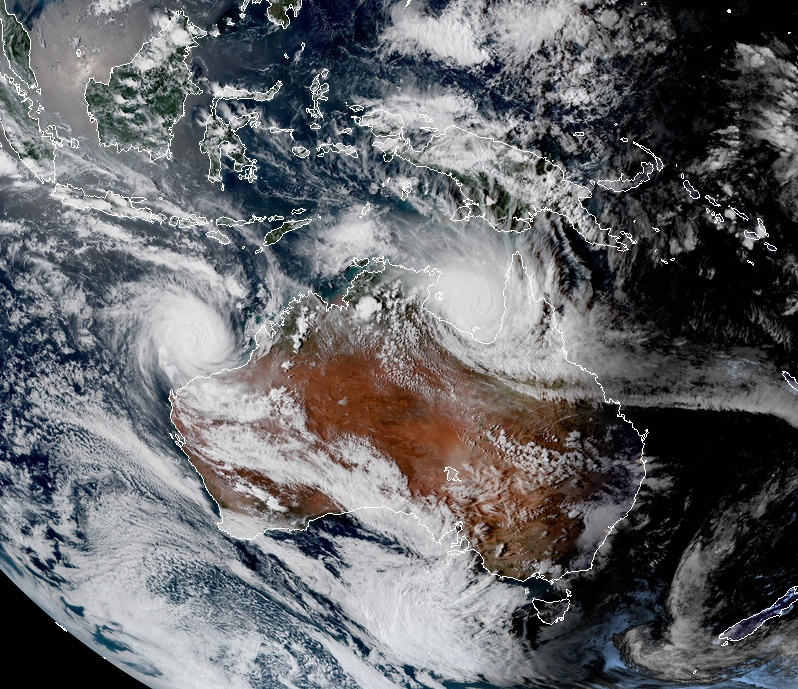 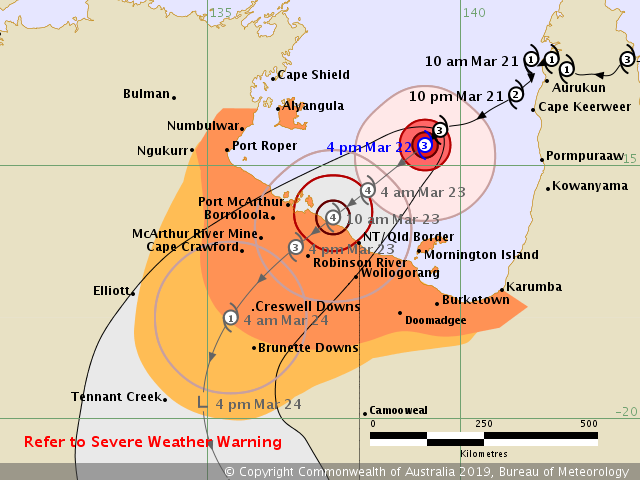 Within the core, wind gusts at landfall will be as high as 275 km/h (171 mph), which will cause major infrastructure and vegetation damage, Morgan said. Very dangerous storm tides combined with very heavy rainfall may cause inundation of low-lying areas.

"We're looking at widespread 3-day rainfall totals of between 50 and 100 mm (1.9 – 3.9 inches) as Trevor moves further inland, with heavier falls around the core," Morgan said. "As we know, roads can cut and communities become isolated very quickly in this part of Australia, so inland rains won't be good news for everyone."

A Flood Watch is current for the Carpentaria Coastal Rivers and Barkly regions.