At least one person has lost its life when a house collapsed in the village of Iyula, south of the A104 route.

Four houses collapsed in the Mbeya region, while other buildings showed cracks and other signs of damage, Africa Times reported.

The quake hit a seismically active region of the East African Rift, in the same place where a December 1910 M7.4 earthquake struck, one of the most powerful in Africa’s modern history. 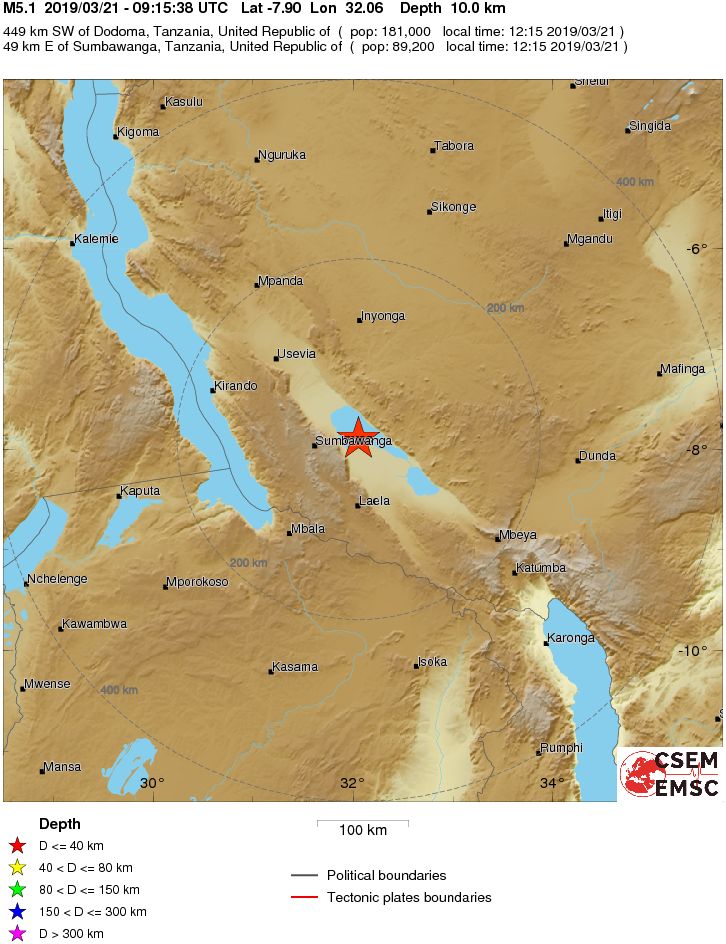 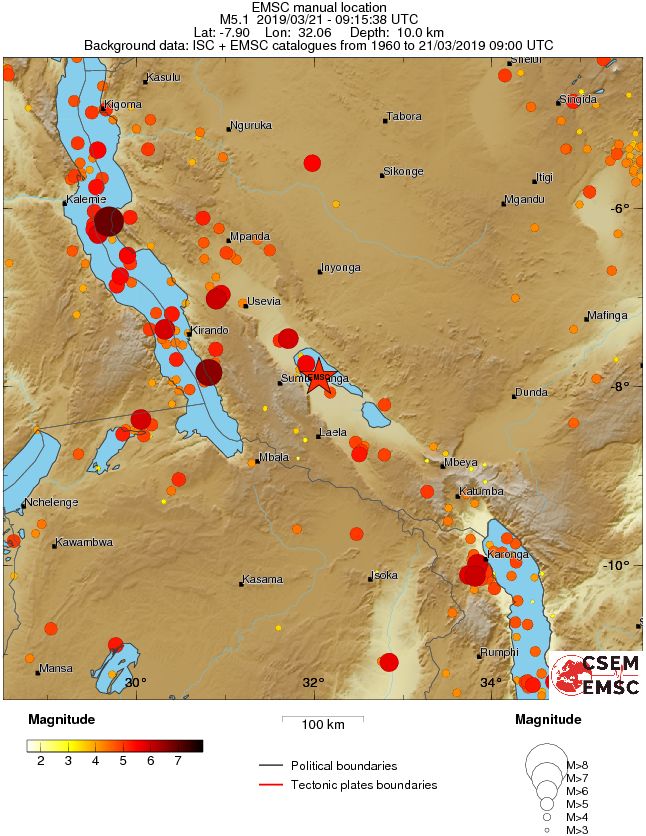