A strong and shallow earthquake registered by the USGS as Mww5.9 hit near Lake Victoria, Tanzania, Africa at 12:27 UTC on September 10, 2016. The agency is reporting a depth of 40 km (24.8 miles). The quake caused serious damage to property, killed at least 15 people and injured more than 200.

An expert from the Geological Survey of Tanzania, Mr. Gabriel Mbogoni, said it was one of the most intensive earthquakes ever experienced in the country.

The quake was felt as far away as western Kenya and parts of Uganda, which share the waters of Lake Victoria. Tremors were also felt in Kigali, Rwanda.

Most of the casualties were in the town of Bukoba who lived in brick structures. 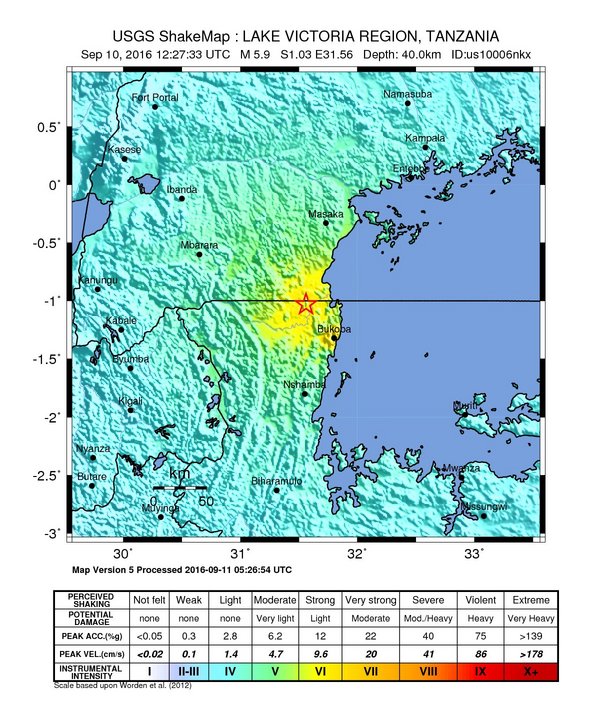 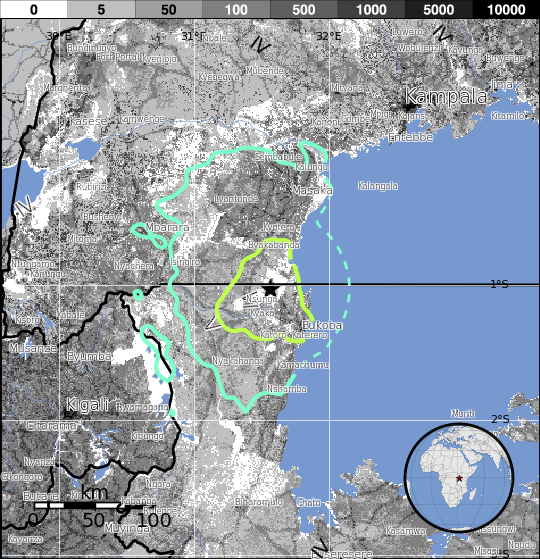 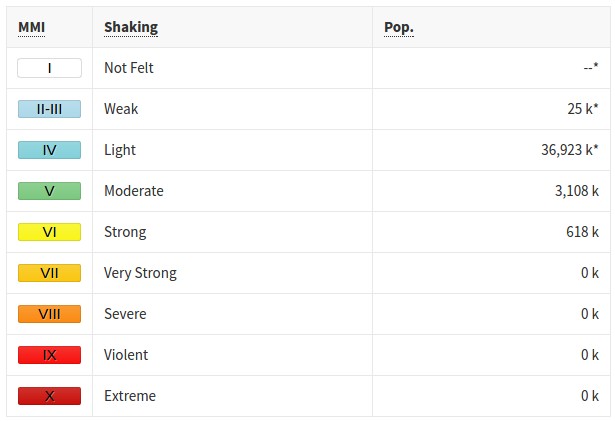 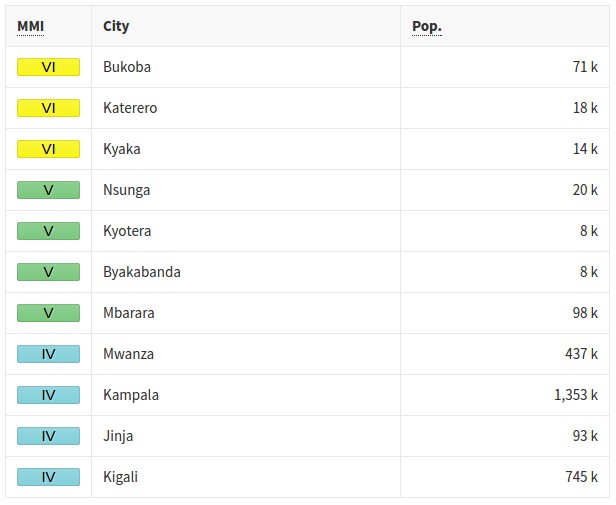 Earthquake in #Bukoba. May be also Kagera and other regions #Tanzania #earthquake pic.twitter.com/TbeEUo76mX

Historical earthquakes have been recorded in the region within 150 km (93 miles) of the epicenter, however, only a few damaging events have occurred in the last 117 years according to CATDAT. In March 1945, 5 people were killed in the Masabe earthquake, just north of where this one occurred. Similarly, in 1947 and on May 4, 1960 shocks have caused damage in the area. June 30, 1952 (M6) and 1994 (M4.5) had shocks closer to Bukoba. The catalogs show that there has been very few earthquakes in this region in general (within 100 km / 62 miles), with other parts of Tanzania, Uganda, Rwanda, and Burundi usually affected by earthquakes.