An eruptive fissure opened on the upper north side of Dolomieu, generating a curtain of lava fountains along the fissure feeding several lava flows directed north and northwest, the Volcano Discovery reported. There had been no particular precursory signs during the days before, according to a statement of the prefecture.

The eruption occurred after a major seismic crisis that began in the night from Saturday to Sunday. "Throughout the night, we observed an increase in seismic activity, much higher than that observed in previous days. It was shortly after 3:00 [UTC] that everything has accelerated," said Philip Kowalski, deputy director of Observatoire Volcanologique du Piton de la Fournaise (OVPDLF).

Public access to the Enclos has been closed by authorities. 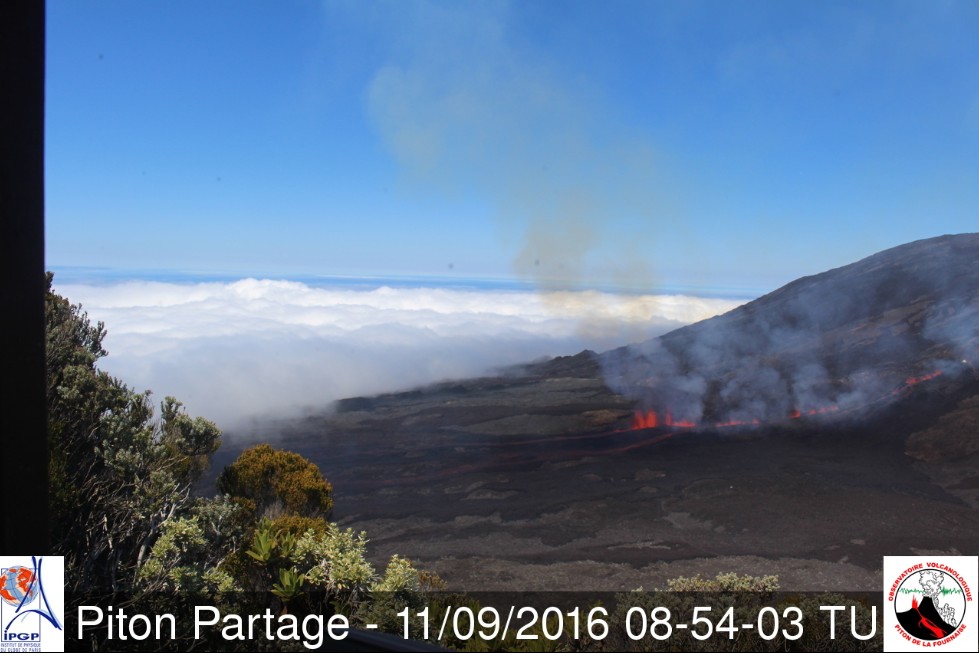 This year's first eruption of Piton de la Fournaise started around 04:41 UTC on May 26. OVPDLF reported that CO2 gas emission, deformation, and seismicity at Piton de la Fournaise began to slowly increase on May 16, and then seismicity significantly increased at 07:40 UTC on May 25. Tremor began at 04:05 on May 26, characteristic of an ongoing eruption, likely from a new fissure near Château Fort crater.