The effusive eruption at Piton de la Fournaise volcano, Reunion continues from a new eruptive fissure on the southern flank of Enclos depression. The eruption started at around 15:00 UTC on April 9, 2021, following several hours of intense seismicity. The Alert Level remains at 2-2.

Volcanic tremor, indicating the intensity of the eruption, has been very fluctuating over the past 24 hours, OVPF reported in a bulletin released 02:45 UTC on April 13. 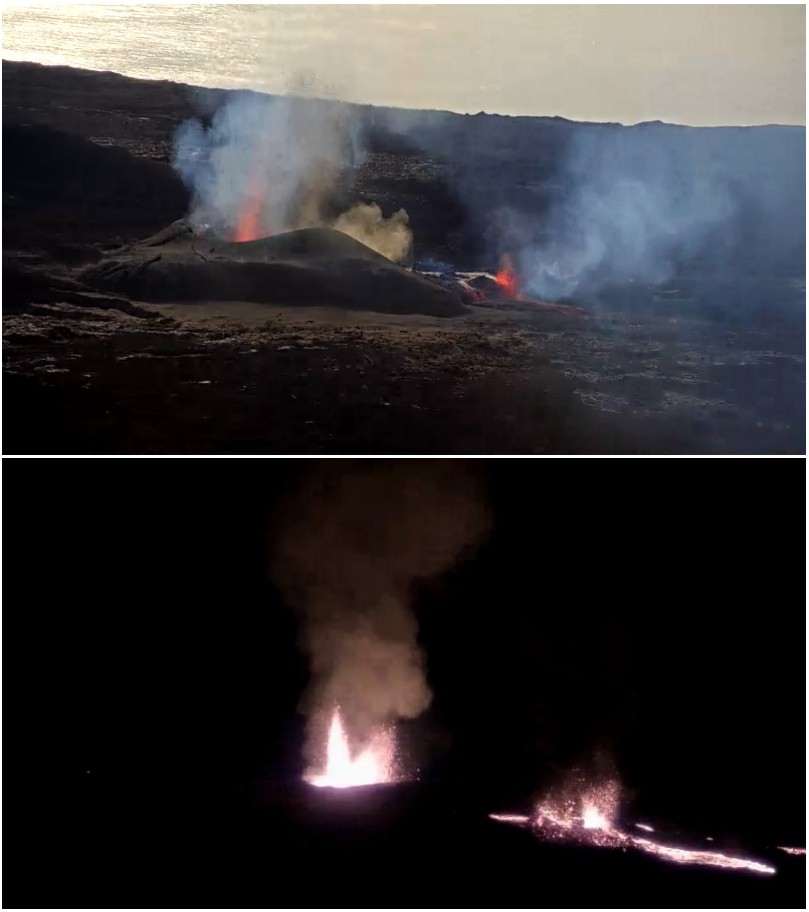 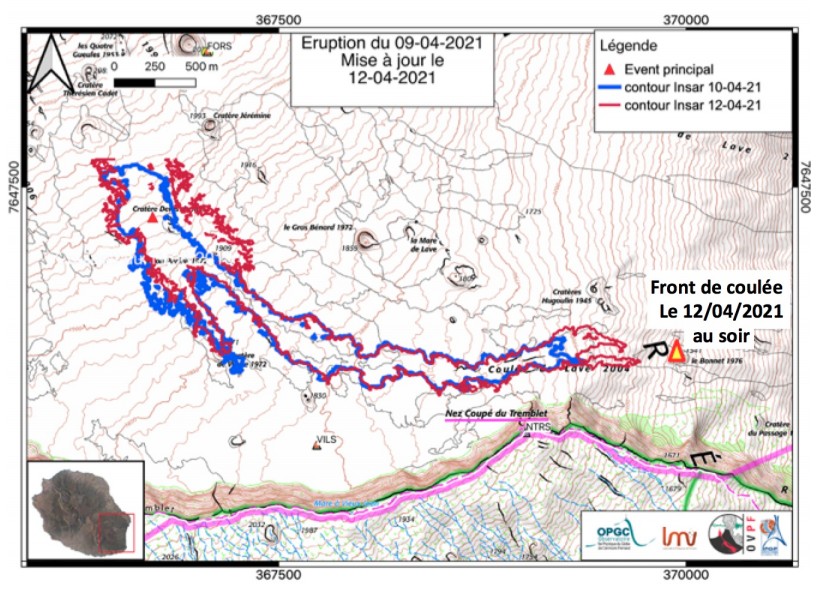 According to HOTVOLC, the current estimated discharged rate of the lava flow continues at values between 8 and 30 m3 per second since the start of the eruption.