The OVPF has recorded 92 volcano-tectonic earthquakes at the Piton de la Fournaise volcano on April 2, 2020, from 04:15 to 04:51 UTC (08:15 to 08:51 UTC). Following the seismic crisis in the morning and a four-hour lull, another volcanic tremor was at 08:20 UTC (12:20 LT). The prefect of the Reunion Islands decided to implement Alert level 2 before visual confirmation of an eruption. Soon after, an overflight carried out by SAG and the PGHM confirmed the opening of cracks on the eastern flank of the volcano, about 1.7 km (1 mile) from the summit.

According to the volcano observatory, the origin of the tremor is on the eastern flank, inside the enclosure. The tremors were associated with rapid deformation, which indicates that magma has left the surface magmatic reservoir and has spread to the surface. 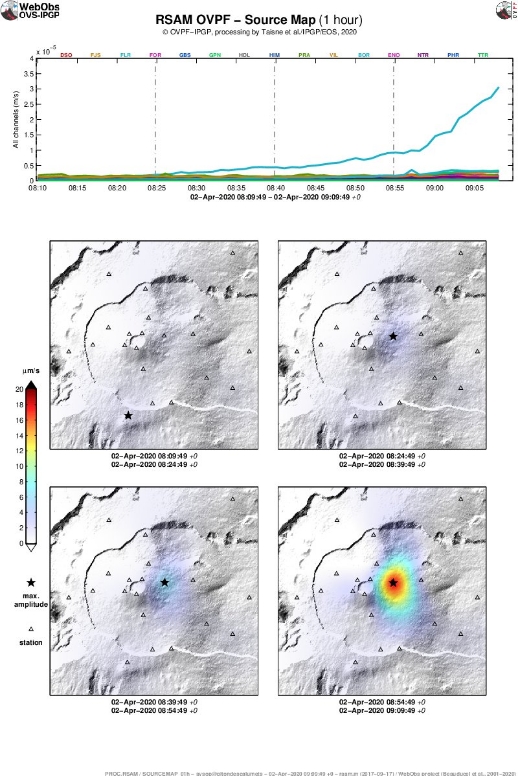 Although no visual confirmation of the beginning of an eruption could be made in the morning, the presence of a tremor suggested the emission of hot and incandescent gases on the surface and the possibility of lava emission.

Public access to the enclosure has been prohibited until further notice.

The Prefect added that an investigation will be conducted, as well as additional measures as soon as the eruption has been stabilized.

As of around 13:00 UTC (17:00 LT), the intensity of the tremor has become relatively stable and the overflight of the SAG ad the PGHM confirmed the opening of a fissure on the eastern flank of the volcano, at roughly 1 900 m (6 234 feet) altitude. 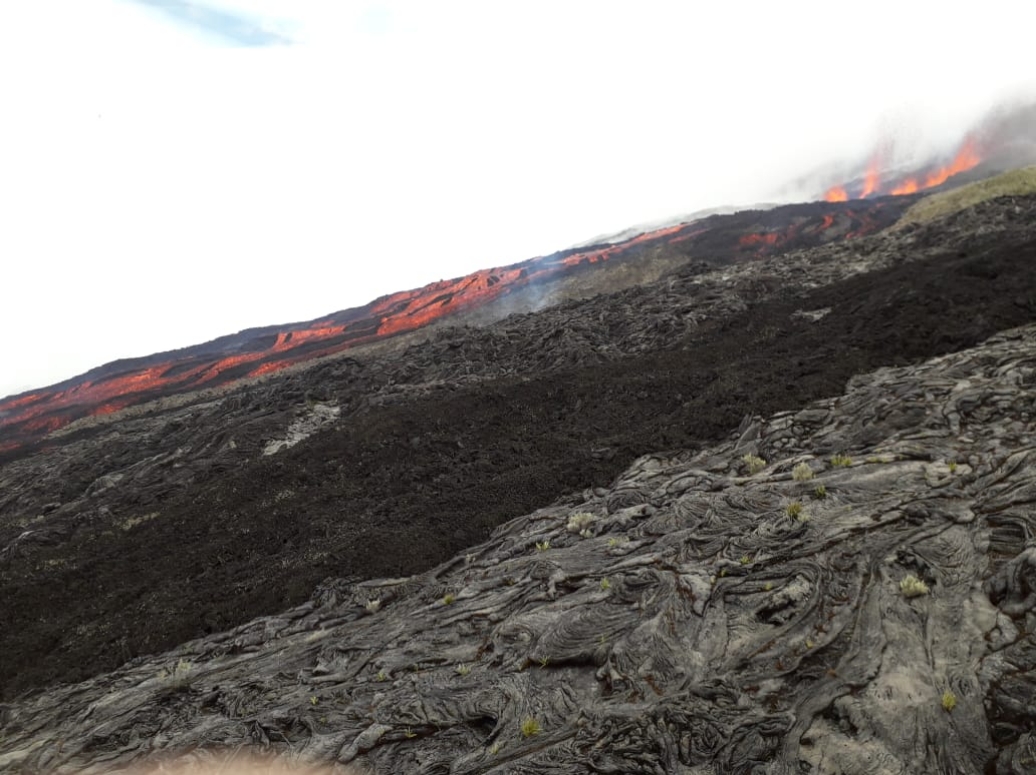 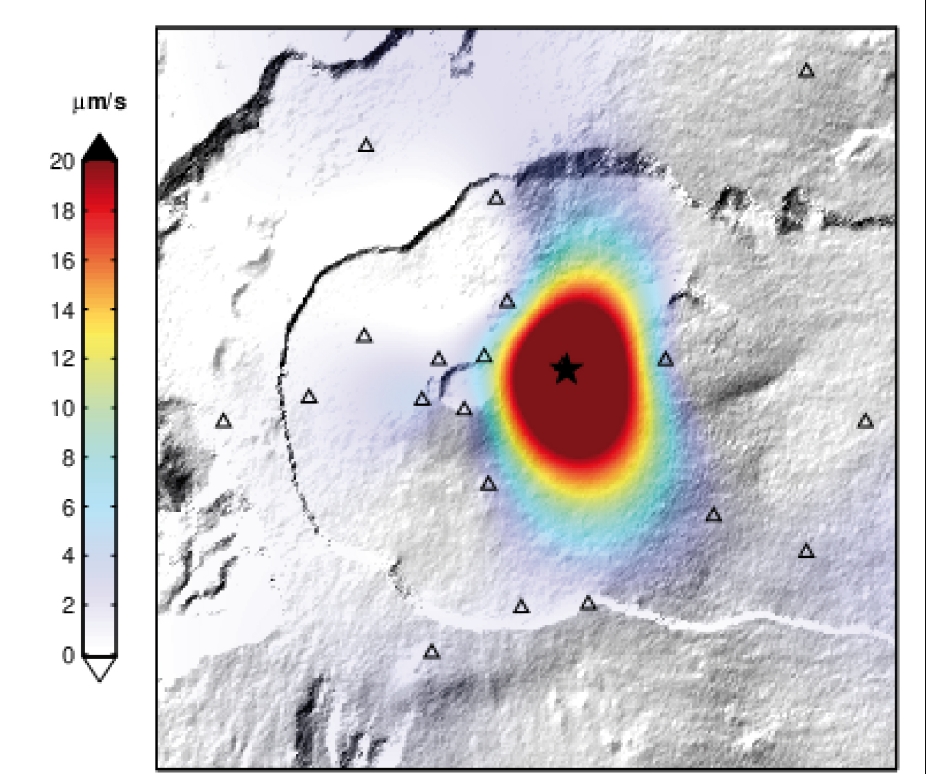 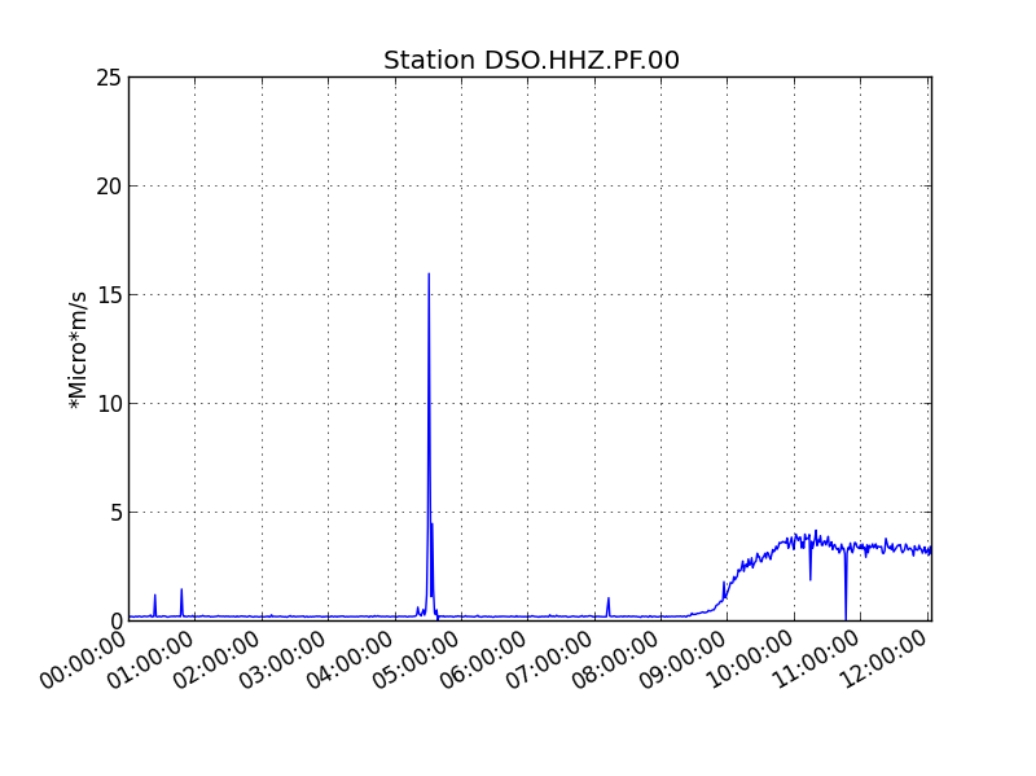 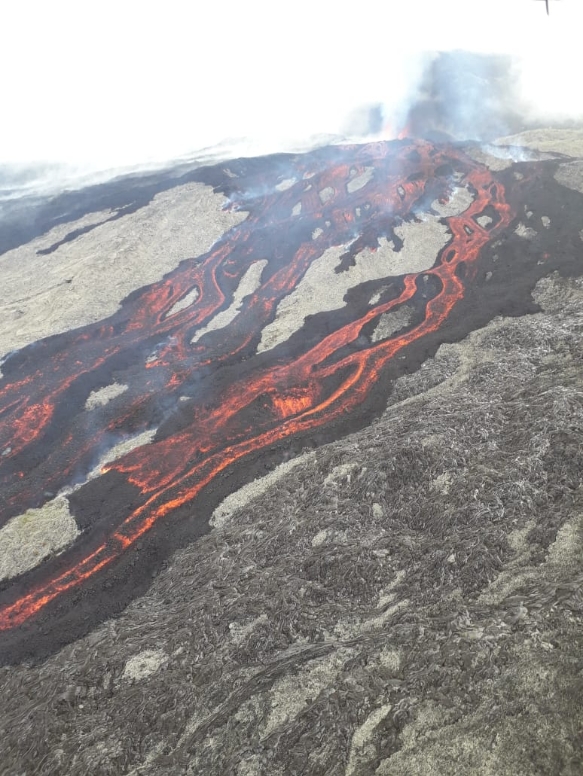 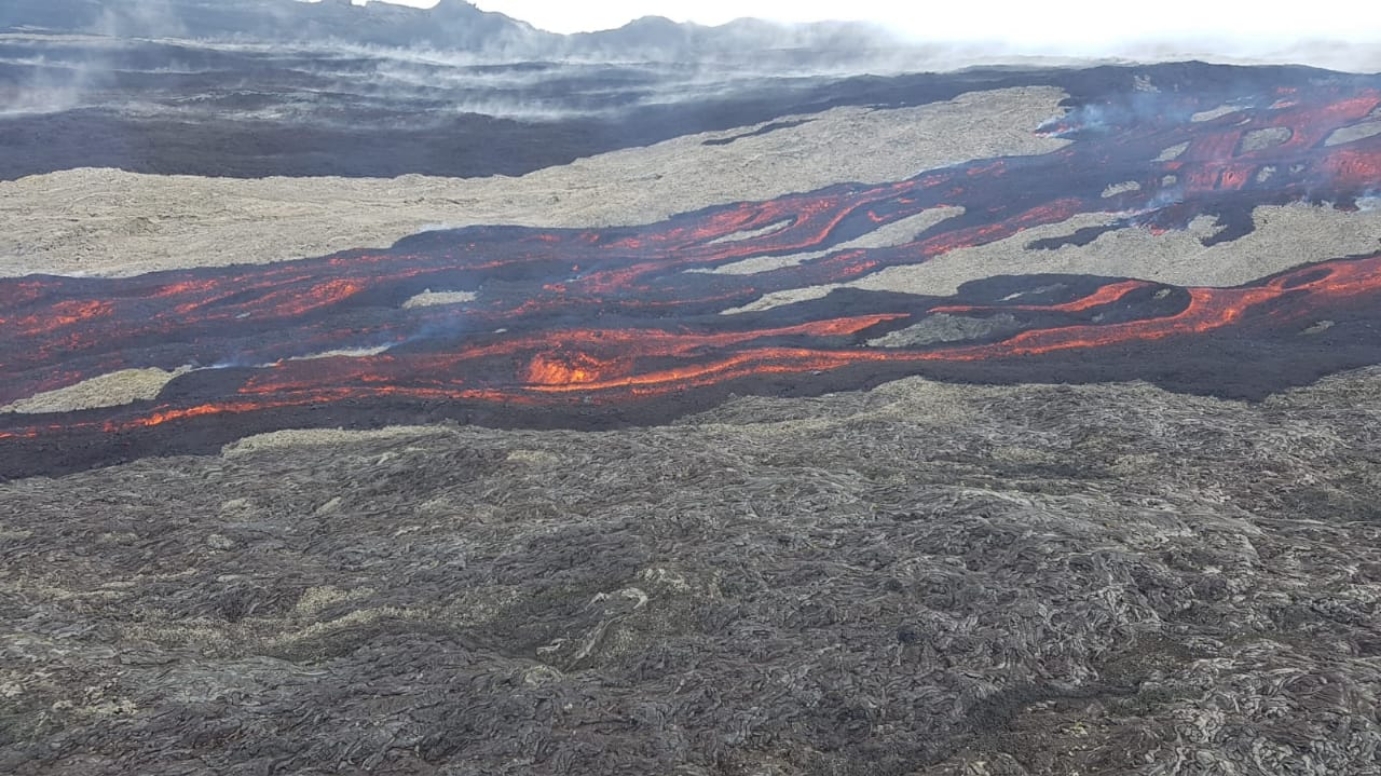 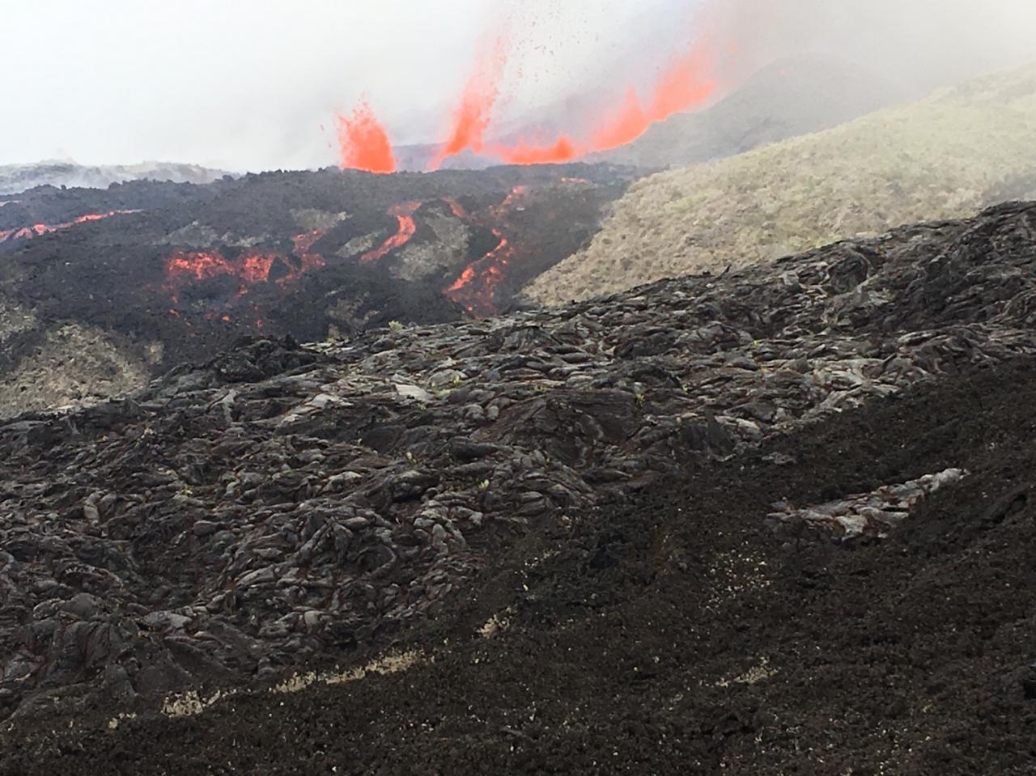