A bright fireball exploded over Florida, U.S., on April 1, 2020, and was captured on camera. The American Meteor Society received 16 eyewitness reports, with one also coming from Georgia.

The observers reported seeing the fireball at around 04:30 UTC (00:30 LT). 15 of the reports were from various areas in Florida– as far north as Glen Saint Mary and as far south as Hendry county– while one was from Kingsland, Georgia.

Based on the AMS' estimated trajectory, the fireball traveled in a southeast to northwest direction, from the Dunnellon area to the coast of Yankeetown.

It was described as extremely bright– according to the viewers, it was green in color and had an orange-white trail.

One observer from Glen Saint Mary detailed her experience, saying, "I’ve never seen anything as bright as what I saw. Initially, it scared me and I thought it was someone shooting a green flare gun. However, I quickly realized it was way too big and way too high for it to be any sort of flare.

"But if I had to describe it in a way, I would say it looked exactly like a flare from a flare gun, but bigger," she added.

"It didn’t last long enough for me to pull out my phone and take a picture and it didn’t help that I was driving. Overall I thought it was quite amazing and I’m glad I got the opportunity to see it."

One witness from Gainesville remarked that the fireball flashed once or twice as it moved very fast from left to right.

Another viewer from Longwood also shared his experience, saying, "I was laying down on my couch when straight in front of me a huge flash moves across the sky. I was so mad because for it usually being a once in a lifetime experience, my window sill blocked the body of it, I could only see around it."

"It definitely wasn’t a plane but just a huge flash and no lightning because that flash was bigger than the moon so I’m stoked but I wish to experience it again," he continued.

The eyewitness from Hendry County also noted how brilliant the fireball was. "[It was] notably very bright white with green; [it] had an orangish white trail, then obscured by cloud. [It] was like a rocket going [the] wrong way. It was not a rocket though." 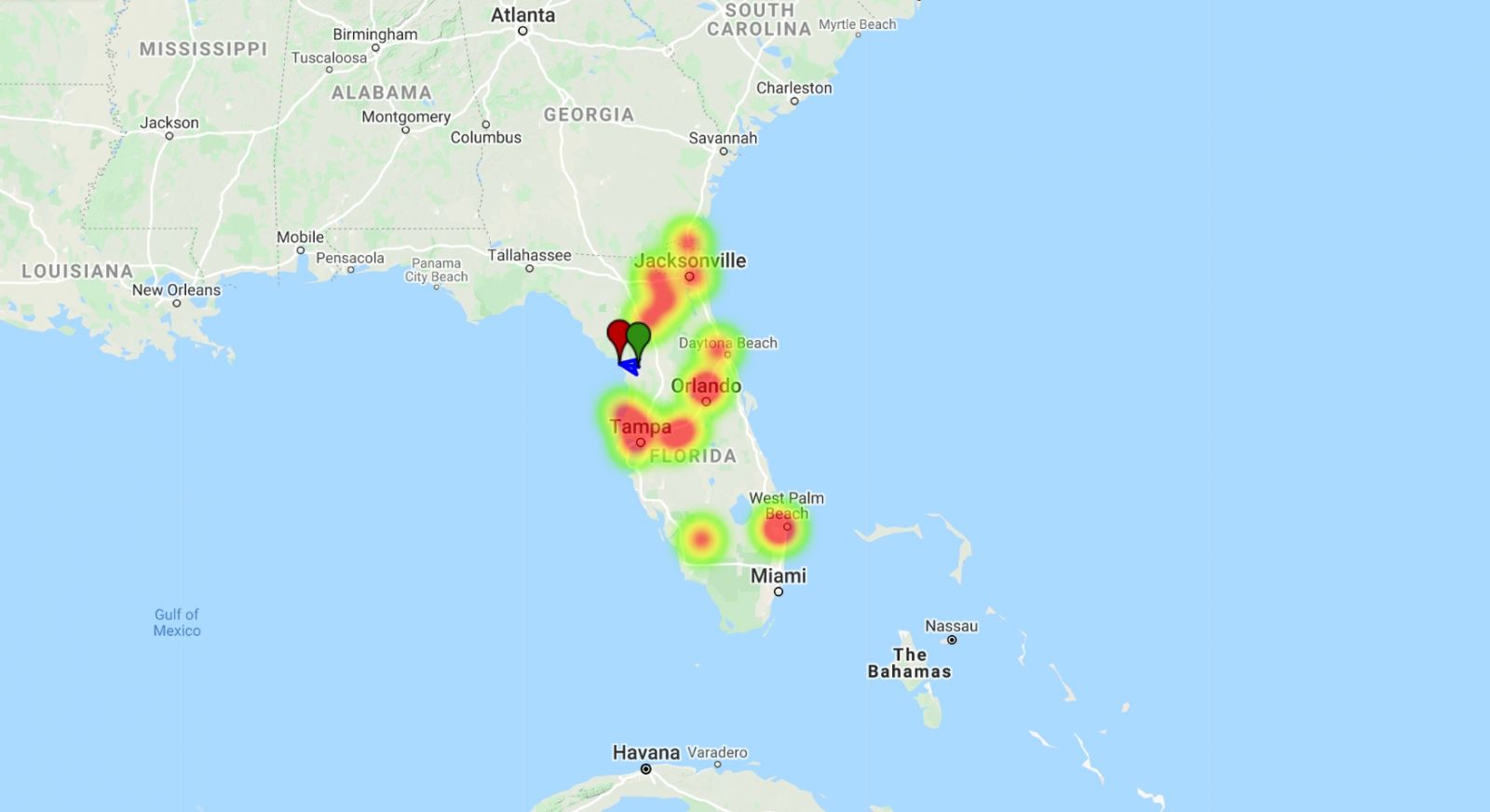