A resumption of seismicity has been observed at the Piton de la Fournaise volcano in Reunion since June 16, 2020, prompting the national volcanological observatory to raise the Alert Level to "Vigilance" on June 22.

The Volcanological Observatory of Piton de la Fournaise (IPGP) reported that 18 superficial volcano-tectonic earthquakes were recorded, 2 km (1.2 miles), under the summit zone between June 16 and 22.

This seismicity is accompanied by swelling or resumption of inflation at the base and at the top of the volcano.

"This inflation of the building is synonymous with pressurization of the surface magmatic reservoir located around 1.5 to 2.5 km (1 to 1.5 miles) below the summit," IPGP said. 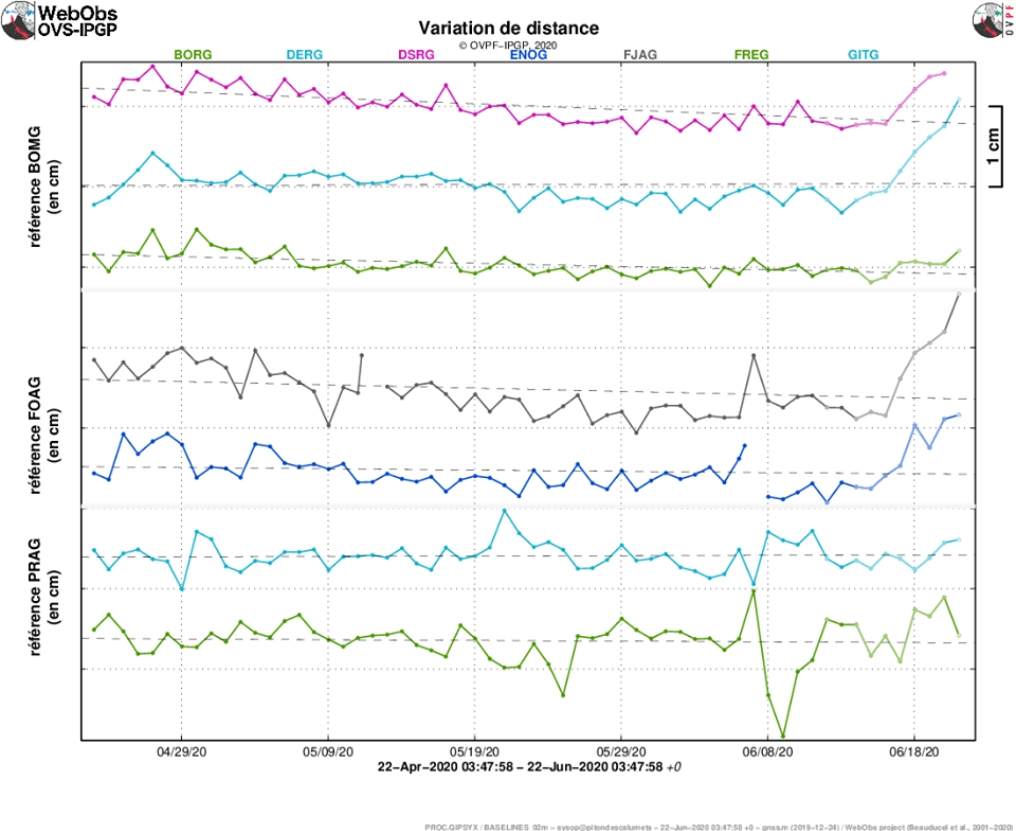 Illustration of the deformation over the past two months. Image credit: OVPF-IPGP

The carbon dioxide fluxes in the far-field soil, which had reached maximum values at the end of the April 2 – 6 eruption this year, continue to reduce, corresponding to the deep ascent of magma to the surface areas of the feeding system.

"Even if the trend is downward, the absolute values ​​of the CO2 flux through the soil remain very high."

IPGP noted that this process of recharging the surface reservoir can take several days to weeks, before the reservoir roof becomes fragile and breaks, allowing injection of magma towards the surface and an eruption. It can also stop quickly without leading to an eruption. 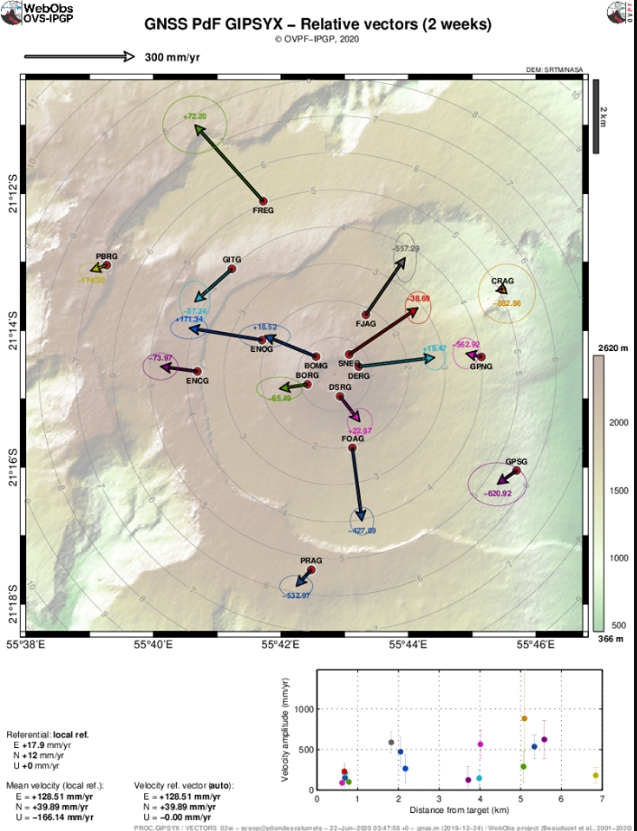 The massive Piton de la Fournaise basaltic shield volcano on the French island of Réunion in the western Indian Ocean is one of the world's most active volcanoes. Much of its more than 530 000-year histories overlapped with eruptions of the deeply dissected Piton des Neiges shield volcano to the NW.