Severe flash floods caused by heavy rains on June 21 have left at least five people dead and one person missing in Bursa Province, Turkey, officials confirmed on Monday, June 22, 2020. Floodwaters also caused extensive damage to properties, including houses, vehicles, and crops. "Neither I nor my 80-year-old father [has ever seen] such a disaster here in our lifetime. It took about two hours for the rain to destroy our village," one of the residents stated.

Heavy rains struck several villages around Kestal in the province of Bursa, an industrial hub south of Istanbul. Four of the fatalities were in Dudakli while the other was in Kayacik village.

The bodies were retrieved by rescue crews early Monday. Villages were engulfed in thick mud left behind by floodwaters, while several cars were carried away by powerful currents and were left piled up on top of each other.

Many huge trees were uprooted, houses were damaged, and crops were affected.

One of the fatalities was identified as a physically disabled woman who was trapped in her home. The four other victims were members of the same family, with another one still missing.

Deputy Interior Minister Ismail Çatakli said teams were searching in a riverbed, while a plane was flying over probable spots where the missing person might have been washed away.

Crews were also conducting clearing operations after debris blanketed the villages of Narlidere, Aksu, Kayacik, and Dudakli, where mud had clogged the entrance to some houses. 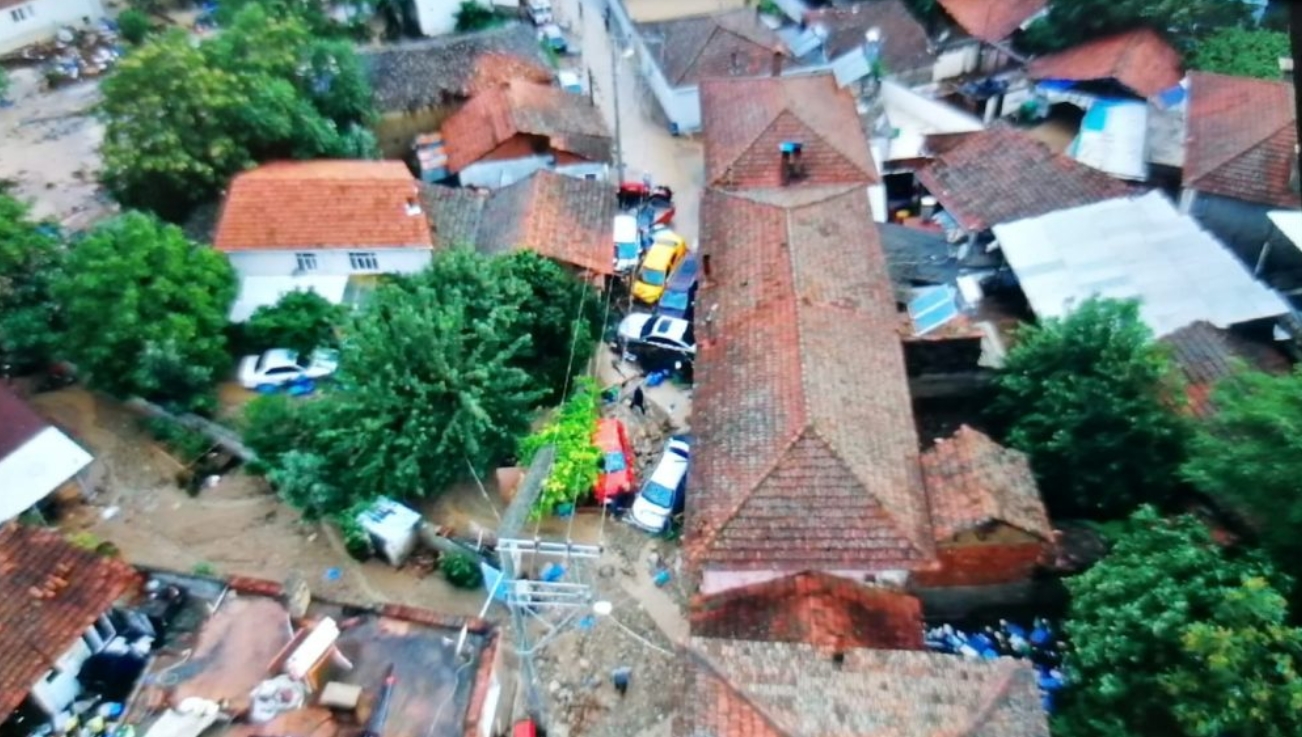 The Turkish Red Crescent and municipality crews have started distributing food and hygiene kits to the affected population, while the government allocated financial assistance for locals.

Ayhan Aslan, a Dudakli resident, said the flood happened all of a sudden– people saw floodwaters tore rocks from the mountains then the debris fell on the village.

"Neither I nor my 80-year-old father [has ever seen] such a disaster here in our lifetime. It took about two hours for the rain to destroy our village," he stated.

"I don't even know how damaged my orchard is," he told Anadolu Agency.

Interior Minister Süleyman Soylu and Minister of Agriculture and Forestry Bekir Pakdemirli assessed the affected villages on Monday and vowed to provide aid to the locals.

Soylu noted that the downpour in the area was "well above seasonal norms."