As of 09:16 UTC (16:16 LT) on June 21, the Aviation Color Code is Yellow, which indicates that volcanic activity has decreased significantly but continues to be monitored closely for a possible increase.

The direction of the wind to the west caused ash to fall in the regencies of Magelang and Kulonprogo, as said in a statement issued by the Yogyakarta Geological Disaster Technology Research and Development Center (BPPTKG).

"Both eruptions were recorded on a seismogram with an amplitude of 75 mm," it wrote. The column height reached more than 6 000 m (20 000 feet) from the summit.

Indonesia’s Badan Nasional Penanggulangan Bencana (BNPB) reports that thin ash is distributed in several areas around the slopes of Mount Merapi (Tlogo Lele, Boyolali Regency, Central Java). Whereas in other places, residents in the Turi, Pakem and Yogyakarta cities do not see volcanic ash.

The farthest ashfall was reported in the Grimulyo District area, Kulon Progo, which is about 45 km (28 miles) from the volcano's peak.

BPPTKG noted that prior to the explosive eruption, there has been an increase in seismicity since June 8. There were 80 volcanic-tectonic earthquakes between that day up to June 20.

The agency warned people to avoid the area within a radius of 3 km (1.9 miles) from Merapi's peak.

Mount Merapi is one of Indonesia's most active volcanoes. In 2010, an eruption killed more than 300 and forced almost 400 000 to evacuate. 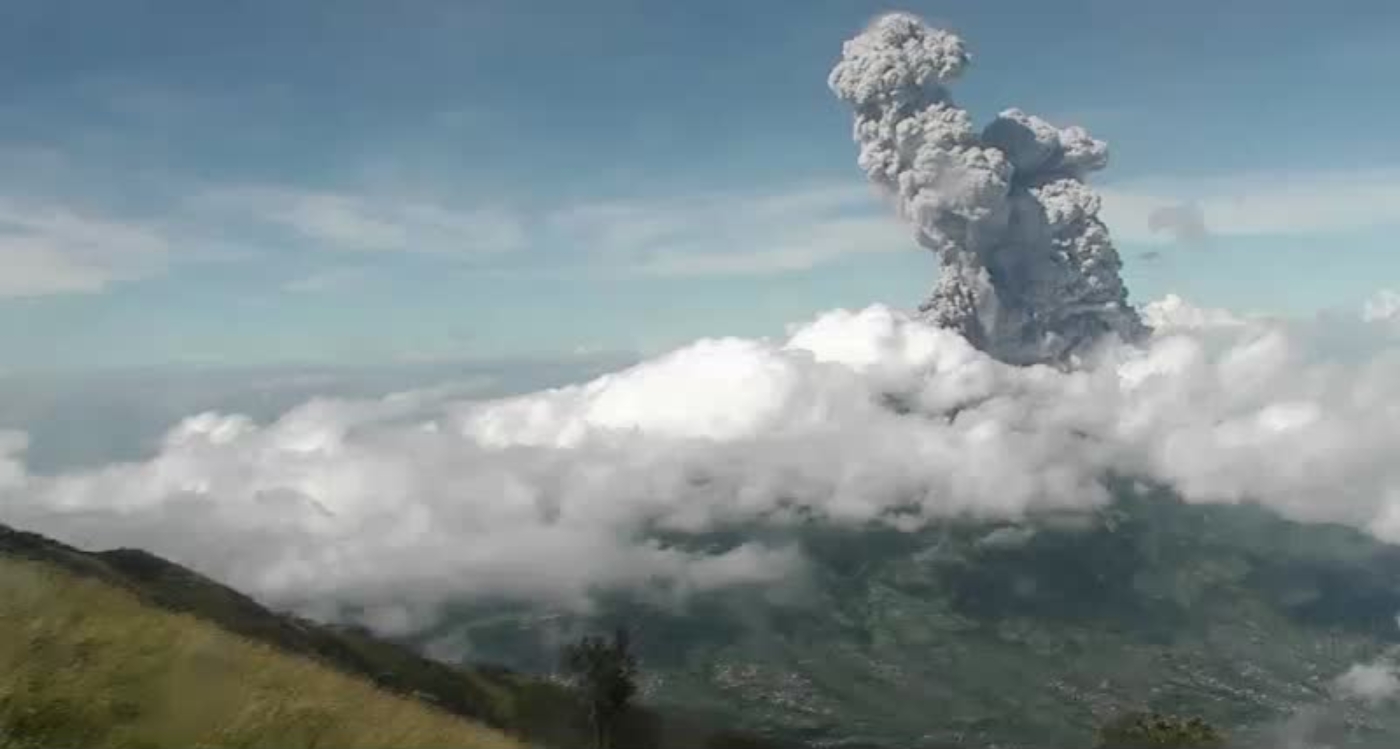