According to Aline Peltier, OVPF director, a fault opened 22 km (13.6 miles) from the island in a particularly seismic zone.

At a depth of 27 km (16.8 miles), this fault caused an earthquake with a magnitude of 4.4 on the Richter scale, and its opening was very strongly felt by the population, Peltier said.

We have never had such a strong earthquake since the Observatory set up facilities on the island in 1979, Peltier added.

"If we go back to the beginning of the colonization of the island by humans, we had 14 earthquakes greater than yesterday, so this is a fairly major event." 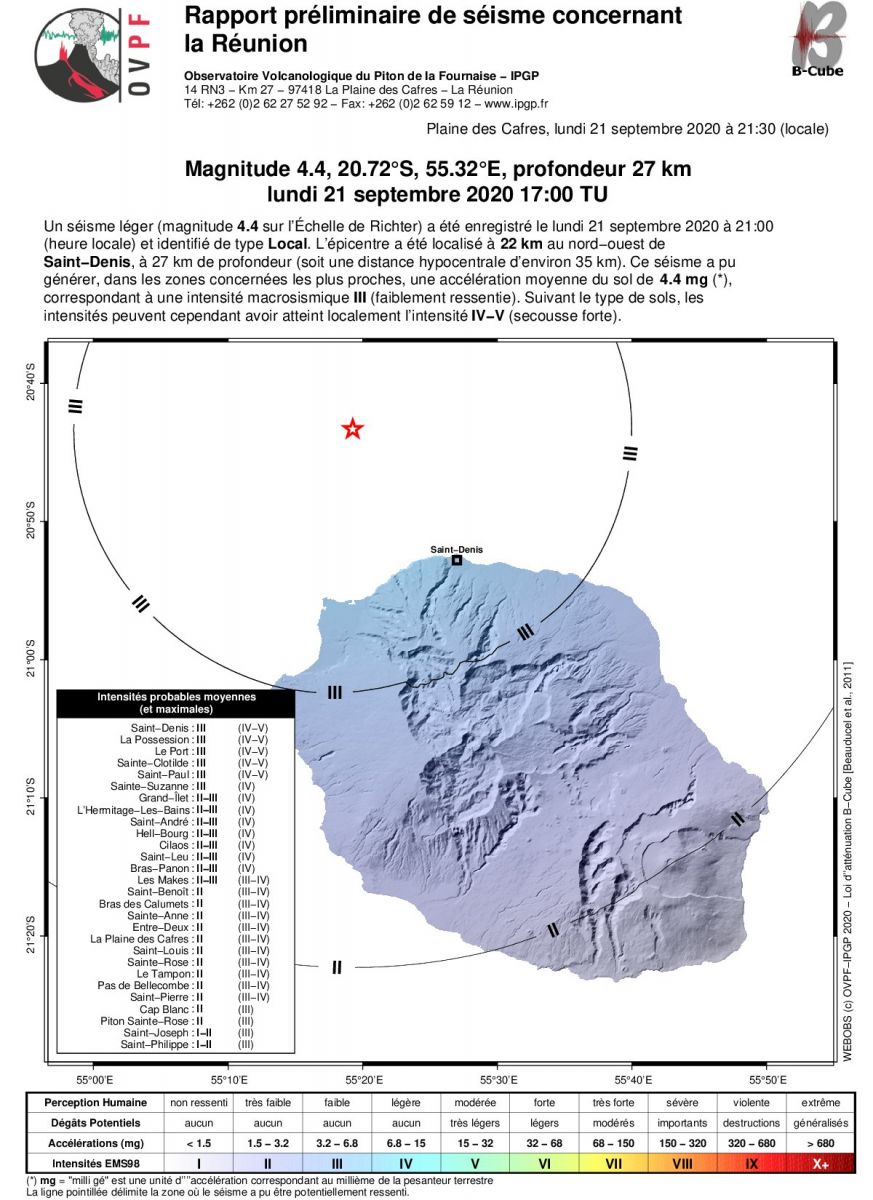 This was a fairly strong magnitude for Reunion Island, which is located in the middle of a plate, considered to have a rather low seismic risk, but it is an area which is affected by earthquakes on a regular basis.

This area is therefore known to have faults that reactivate. 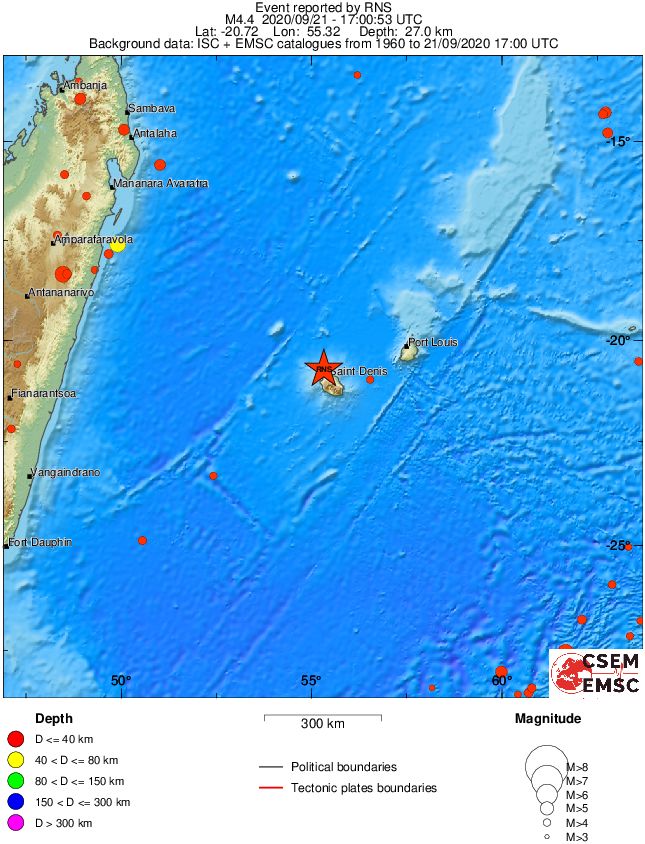 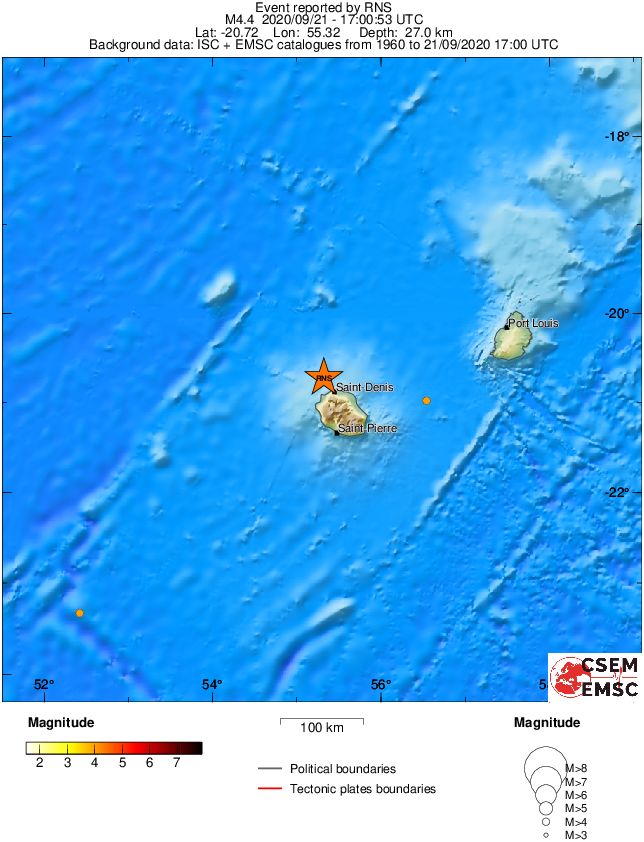