Piton de la Fournaise volcano on the French La Réunion island erupted on the morning of May 26, 2016, according to IPGP. Following the event, the Prefecture placed a level 2 alert into effect, closing all public access to the Enclos. The eruption is the first one reported in 2016.

The new eruption started around 04:05 UTC, as the volcano observatory recorded a strong tremor signal, characteristical for the onset of volcano's fissure eruptions. It is thought to have taken place from a vent near Château Fort in the southeast of the Enclos. However, this hasn't been visually confirmed so far, due to bad weather conditions. 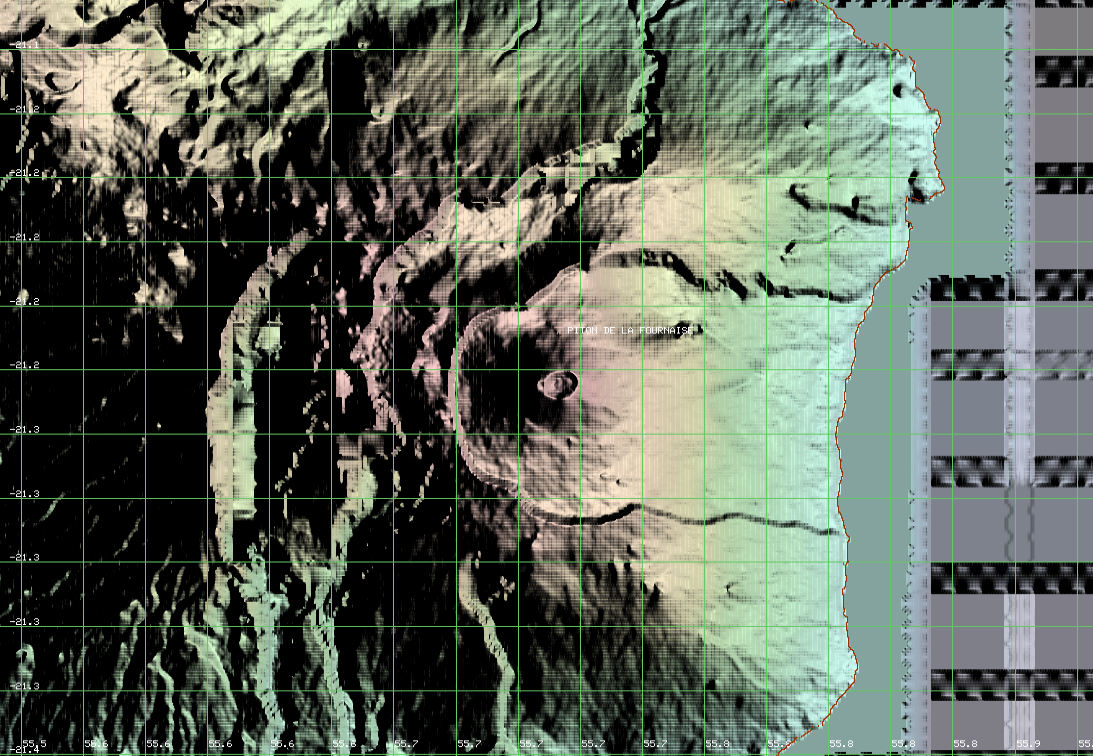 Volcano Discovery reported that elevated seismic activity and beginning inflation of the volcanic edifice, the preceding signs of eruption, have been observed since May 16. An intense seismic swarm, accompanied by strong ground deformation was reported on May 25, at 19:40 UTC.

According to GVP, the Piton de la Fournaise volcano showed no signs of eruptive activity since October 2015. OVPDLF reported the effusive phase of the volcano's eruption that began on August 24, ceased on October 31 at 14:50 UTC. The gas emissions and seismicity continued to decrease through November and deformation data suggested no inflation.