A low pressure area formed on September 5, 2016, west of Guam became a tropical depression early September 9. Over the next 24 hours, it strengthened into Tropical Storm "Meranti" and became a typhoon by 09:00 UTC on September 11. This system is expected to rapidly intensify over the next couple of days and become a very strong typhoon. There are still uncertainties in Meranti's forecast track; it could make a direct hit over Taiwan as a Category 4 hurricane equivalent or move just south of it and impact southeastern China later in the week. 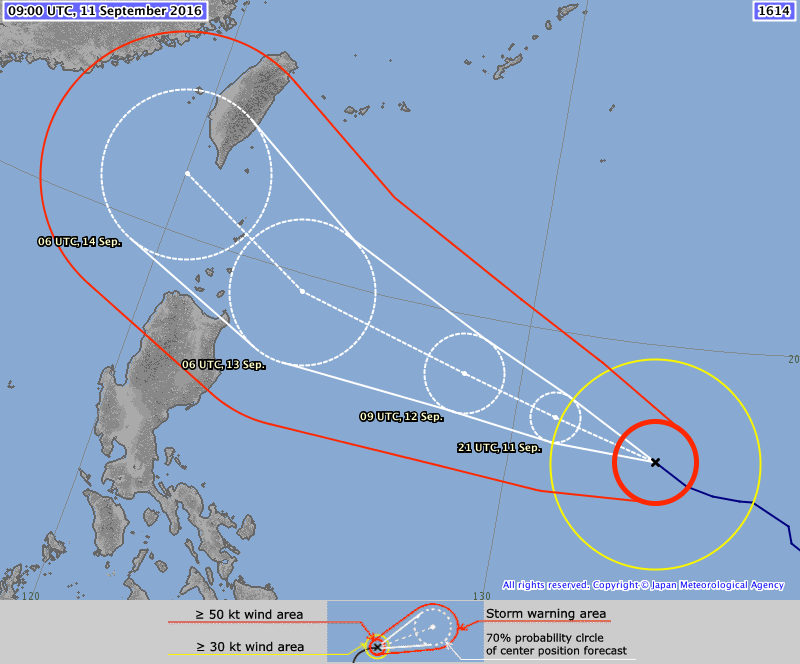 Although there is uncertainty in the forecast track, all interests in Taiwan, the northern Philippines and southeastern China should monitor Meranti's progress. 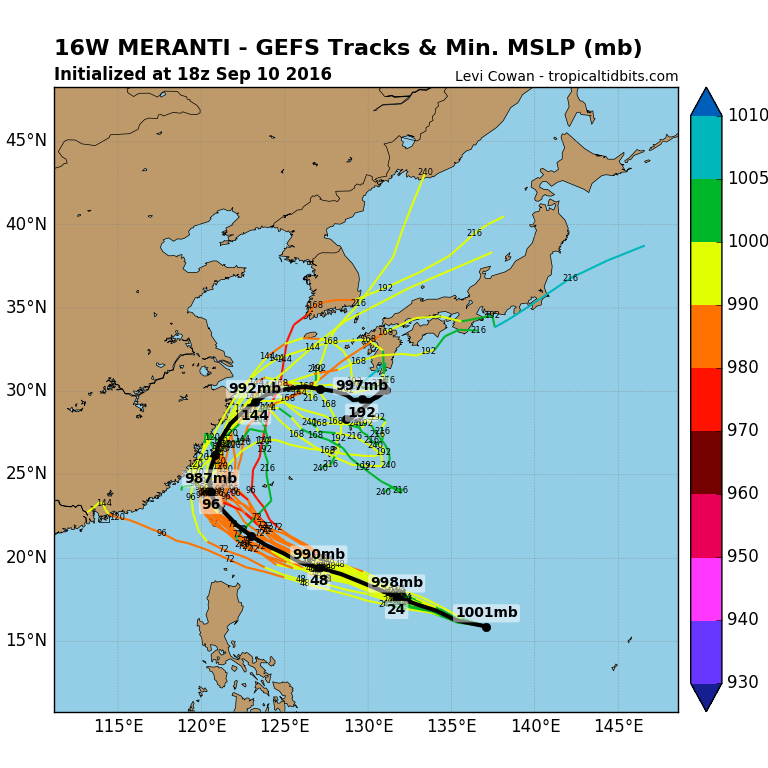 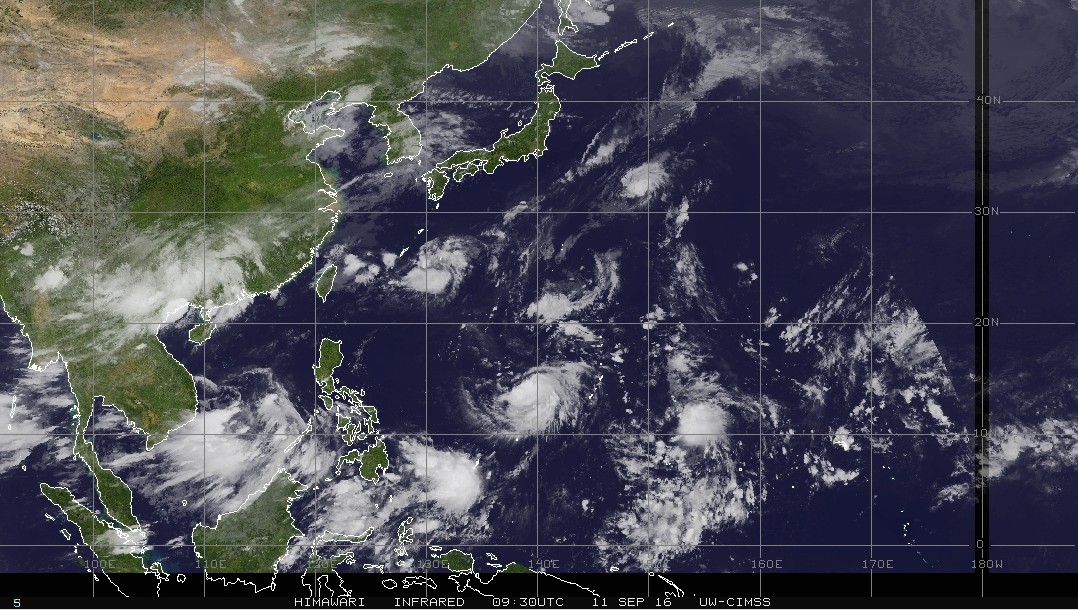