After major X4.9 solar flare that erupted on February 25 from Region 1990 [during its 3 rotation on the Earth side of the Sun] we almost had no day without a moderate eruption. Since then, solar observatories recorded 16 M-class solar flares ranging from M1.0 to M3.5.

And though most of those flares are considered moderate, the situation is becoming increasingly interesting because solar activity should already be decreasing and making its way toward solar minimum, a period with very few solar flares and low number of sunspots. The solar cycle takes an average of about 11 years to go from one solar maximum to the next, with duration observed varying from 9 to 14 years.

Since February 25th we only had few brief periods of low activity, the longest occurring from March 5 – 8. A sharp increase on March 8th is evident on the solar X-ray flux graph below.

In last 48 hours solar activity remained elevated. The largest event of the period was an M3.5 solar flare from Region 1996 (N14W64, Eac/beta-gamma) at 03:50 UTC on March 11. That day, Region 1996 showed indications of consolidation and growth in its intermediate spots.

The largest flare in last 24 hours was M2.5 that erupted at 11:05 UTC today, again from departing Region 1996. No Earth-directed Coronal Mass Ejections were observed in last 48 hours.

The region continued to show signs of growth as well as maintaining mix polarities near the leader spots, though its proximity to the limb is making definite analysis difficult.

Solar activity is expected to be moderate (R1-R2, Minor-Moderate / 75%) with a slight chance for an X-class flare (R3 Strong / 15%) from March 12 – 14. Solar wind speed is expected to remain at background conditions in next two days.

The geomagnetic field was quiet in last 24 hours, and it is expected to be at mostly quiet levels in next 2 days.

There are currently 6 numbered sunspot regions on the Earth side of the Sun: 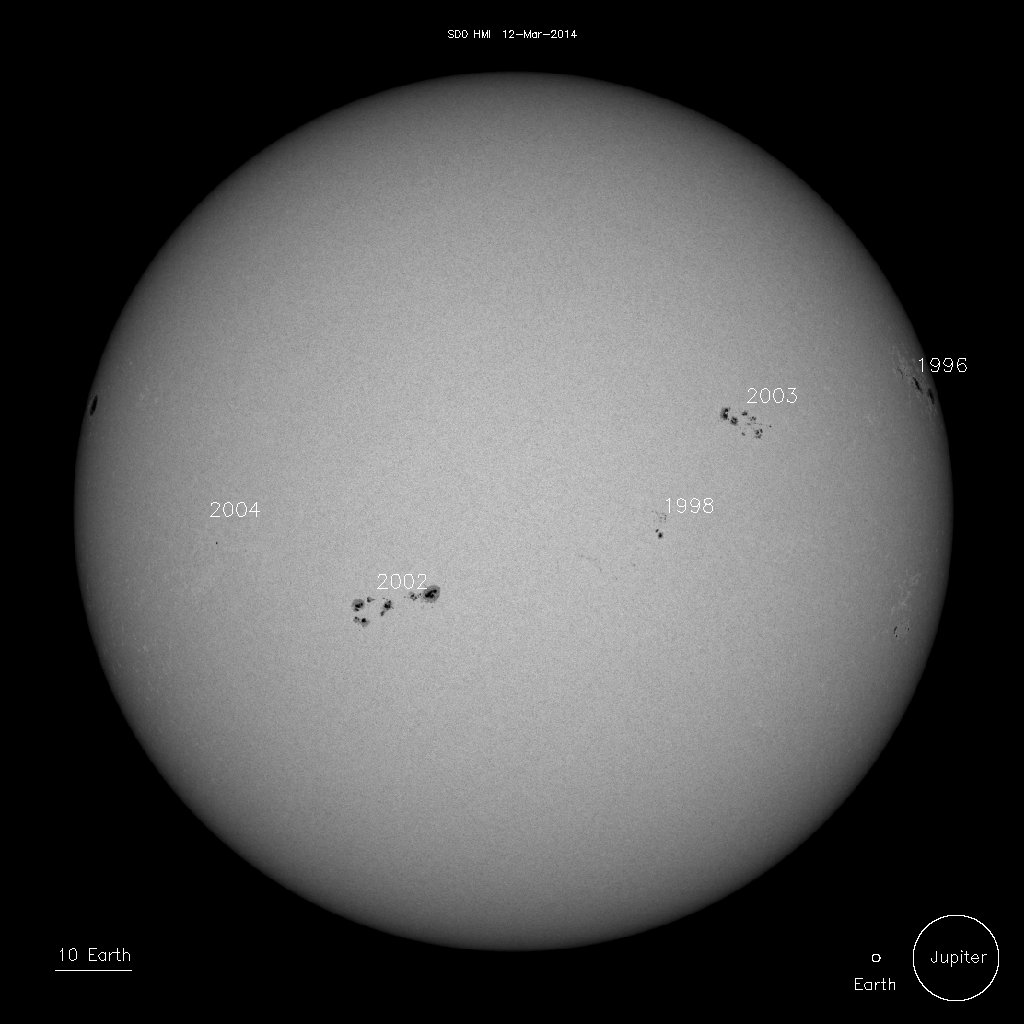 According to SWPC, Region 1996 continued to show signs of growth in last 24 hours as well as maintaining mix polarities near the leader spots.

The delta magnetic configuration in Region 2002 (S19E17, Ekc/beta-gamma // beta-gamma-delta) has faded in and out over the past 24 hours. This region is almost at the center of the disk, it continues to grow and is currently over 400 millionths in overall areal coverage.

The other two numbered regions showed signs of decay in last 24 hours.