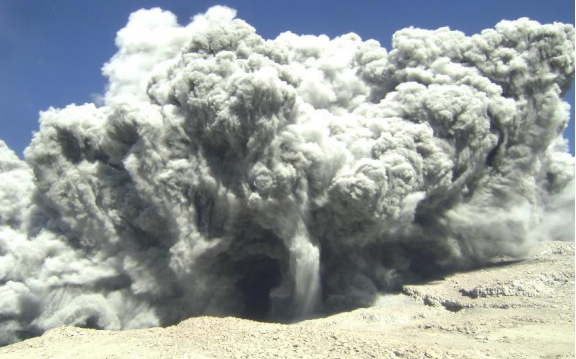 Ubinas volcano erupted at least seven times since September 1, 2013, and on September 13 officials declared state of emergency in nine districts. The explosions have sent a plume of smoke rising to about 2500 meters above the crater. The strongest explosion was on the night of September 1 which was followed by series of smaller blasts.

Authorities are distributing masks and have given themselves a 60-day period to relocate villagers from areas where ash is damaging crops and polluting water sources.

The eruption could have been caused by snow accumulating in the crater and preventing normal emissions. 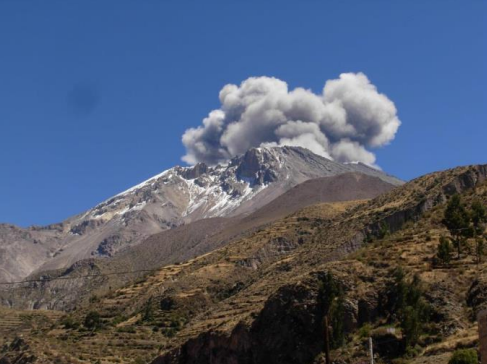 A small, 1.2-km-wide caldera that cuts the top of Ubinas, Peru's most active volcano, gives it a truncated appearance. Ubinas is the northernmost of three young volcanoes located along a regional structural lineament about 50 km behind the main volcanic front of Peru.

The upper slopes of the stratovolcano, composed primarily of Pleistocene andesitic lava flows, steepen to nearly 45 degrees. The steep-walled, 150-m-deep summit caldera contains an ash cone with a 500-m-wide funnel-shaped vent that is 200 m deep. Debris-avalanche deposits from the collapse of the SE flank of Ubinas extend 10 km from the volcano. Widespread Plinian pumice-fall deposits from Ubinas include some of Holocene age (GVP).

Holocene lava flows are visible on the volcano's flanks, but historical activity, documented since the 16th century, has consisted of intermittent minor explosive eruptions.