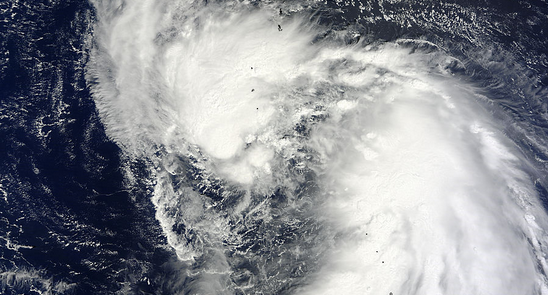 Tropical storm Man-yi formed on September 12, 2013, in the northwestern Pacific Ocean as the sixteenth tropical depression and by September 13 it strengthened into a tropical storm.

When Terra satellite passed over newborn Man-yi it captured an image that clearly showed two vortices rotating around a large center of circulation. Forecasters at the Joint Typhoon Warning Center expect these two different vortices will combine with the larger, broad central circulation, allowing Man-yi to consolidate. 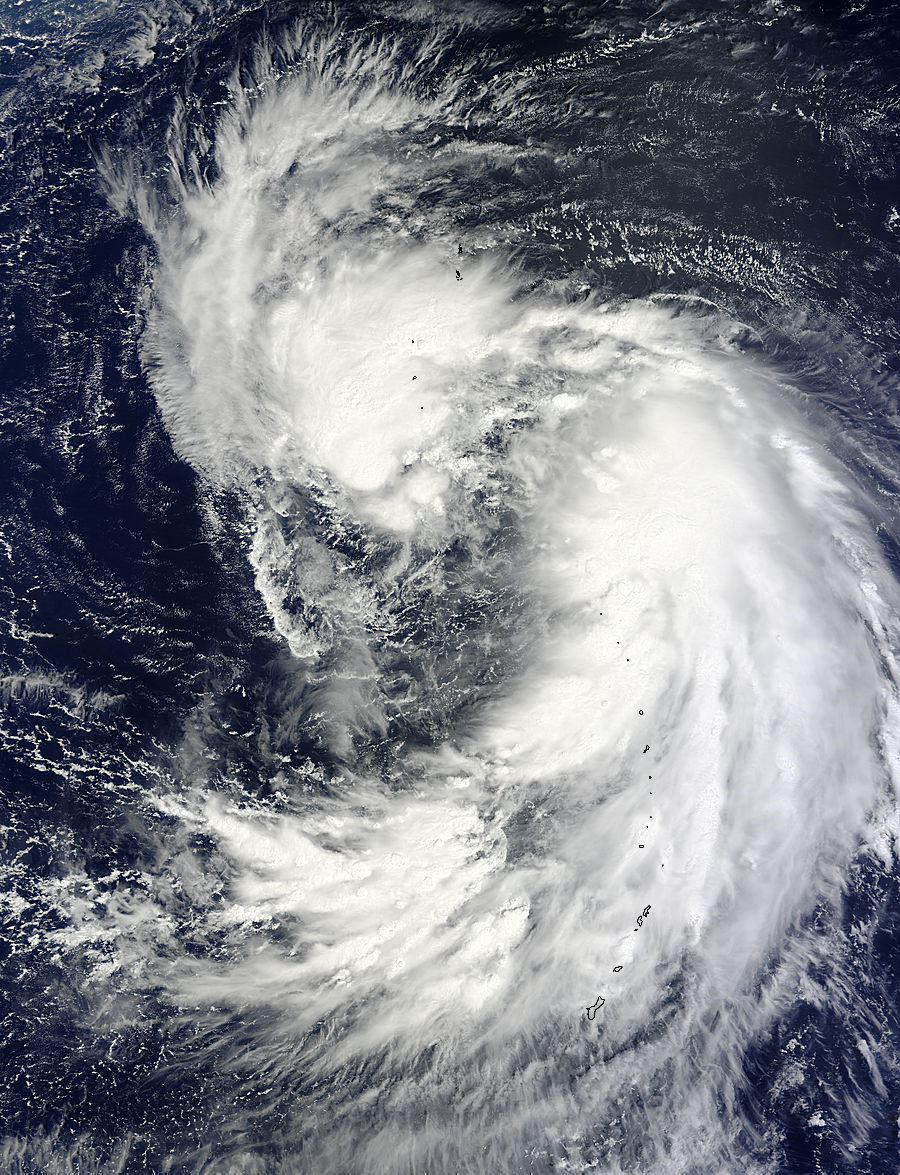 This MODIS image shows the bulk of clouds and showers on the northwestern and southeastern sides of the storm, but those were associated with the two different vortices or whirling masses of clouds and showers, that are rotating around the storm's actual center. Satellite data showed bands of strong thunderstorms around the southeastern vortex, which is the vortex with the strongest winds. Thunderstorms associated with the northwestern vortex are also strengthening as convection deepens. Image credit: NASA Goddard MODIS Rapid Response Team