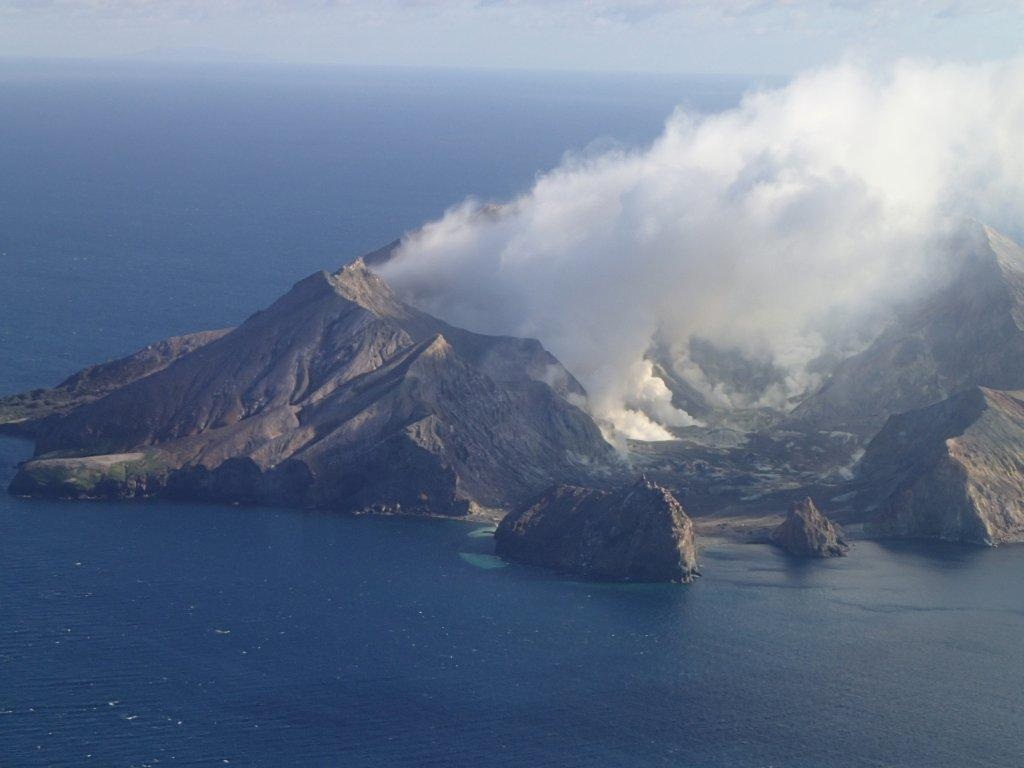 Over the past few weeks White Island, New Zealand's most active volcano, has repeatedly produced very small volcanic earthquakes. These small tremor bursts are occurring like clockwork, approximately every 70 seconds, creating a unique pattern on our earthquake drum, with hundreds of these small bursts recorded every day, GeoNet's Public Information Specialist Caroline Little wrote in her latest update about the volcano activity. 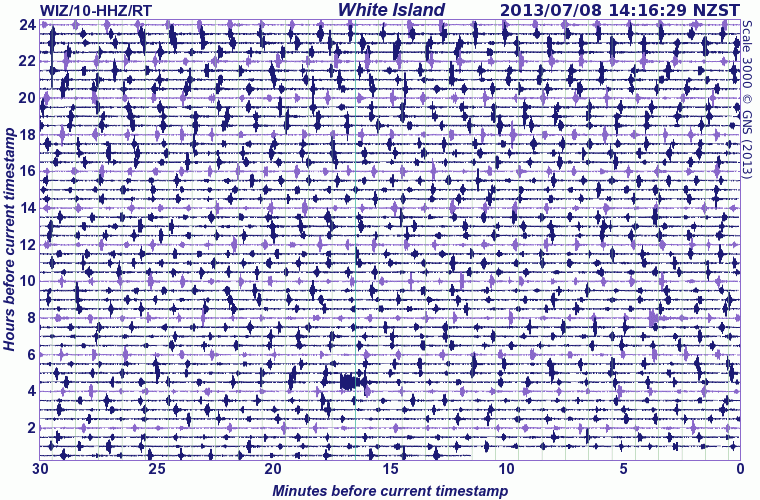 She continues: the earthquakes may be created by fluid moving through a pipe or crack, similar to a simmering cooking pot as steam escapes from the lid. Pressure in the pot builds up until it exceeds the weight of the lid; it then rattles (the earthquake) as steam is released from under the lid. In this case, there is no indication of associated gas release at the surface, indicating that this process is occurring at depth.

There is a hot lake and lava dome (recently erupted rock) at White Island. We haven't seen any activity during visits at these surface features that can be related to the volcanic earthquakes, so the moving fluids that are causing the earthquakes must be below the surface. The pattern of the volcanic earthquakes has been changing over time, the tremor bursts change in size and frequency and they sometimes merge into a continuous signal called volcanic tremor.

White Island is New Zealand’s most active volcano with the current eruption activity beginning in August 2012. Our team of volcanologists keep a close eye on the volcano, using a range of monitoring tools. If you’d like to have a look at what’s happening right now at White Island you can check out the cameras and seismic drums.