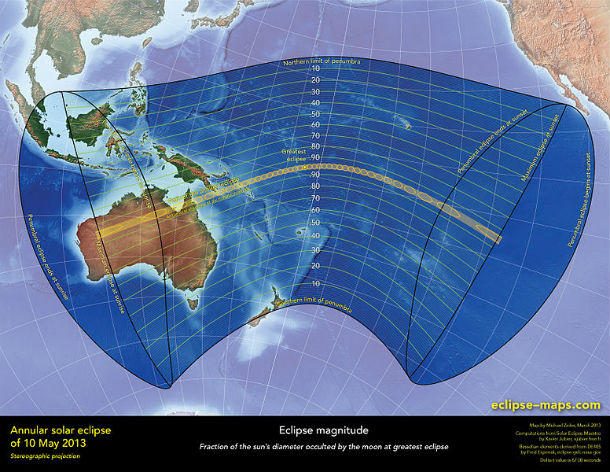 This map shows the extent of the annular solar eclipse (Credit: EclipseMaps)

Annularity will be visible from northern Australia and the southern Pacific Ocean, with the maximum of 6 minutes 3 seconds visible from the Pacific Ocean east of French Polynesia. Those in northern Australia will be able to see the full annular eclipse, while those further south will still be able to see a partial eclipse. As the eclipse moves across the Pacific Ocean it will cross the International Date Line, meaning that the eclipse will actually be visible in Hawaii on the 9th not the 10th. 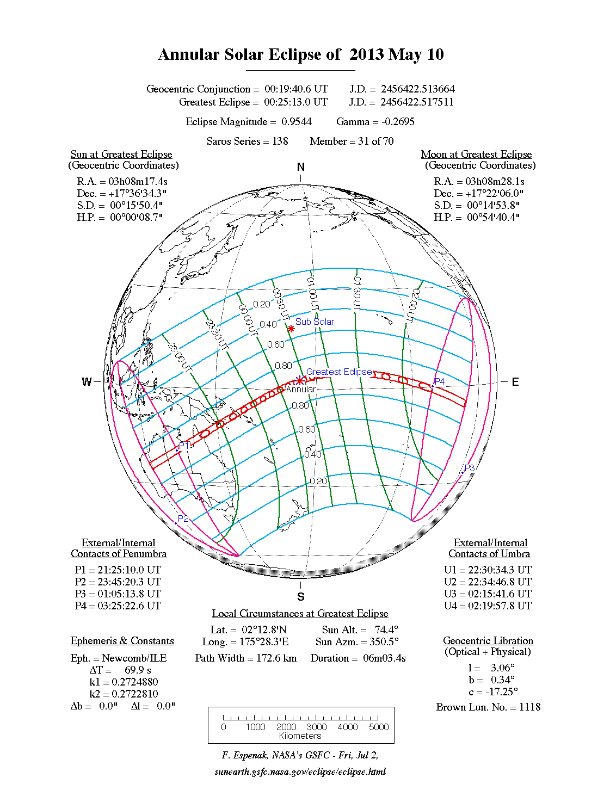 Like total solar eclipses, annular solar eclipses are quite rare. They can only be observed during New Moon, when the Sun is near one of the nodes of the lunar orbit, so Earth, Sun and Moon form a straight line, the Moon is at apogee and the observer is located in the path of the Moon’s antumbra. 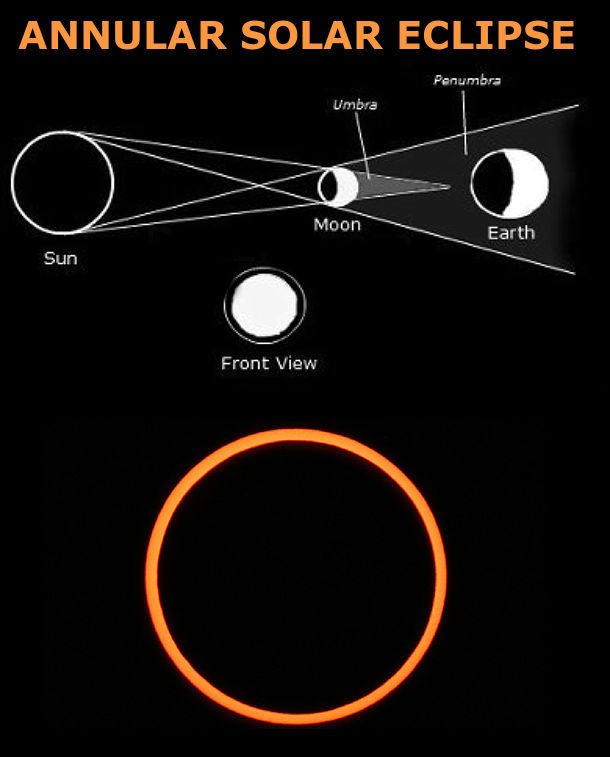 Featured image:  The Annular solar eclipse is seen in Yokohama, near Tokyo, Japan on May 21, 2012. (Credit: Katsuro Okazawa)