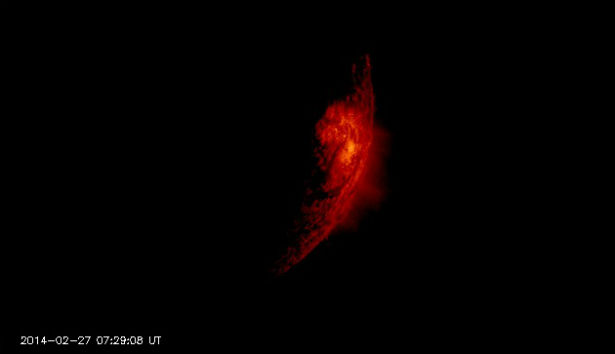 Twice every year, around the time of the equinoxes, Earth can pass directly between the Sun and NASA's Solar Dynamics Observatory (SDO), producing a series of beautiful eclipses. For the next 3 weeks the Earth will pass between SDO and the Sun around 07:30 UTC each morning.  These eclipses can last up to 72 minutes in the middle of an eclipse season. 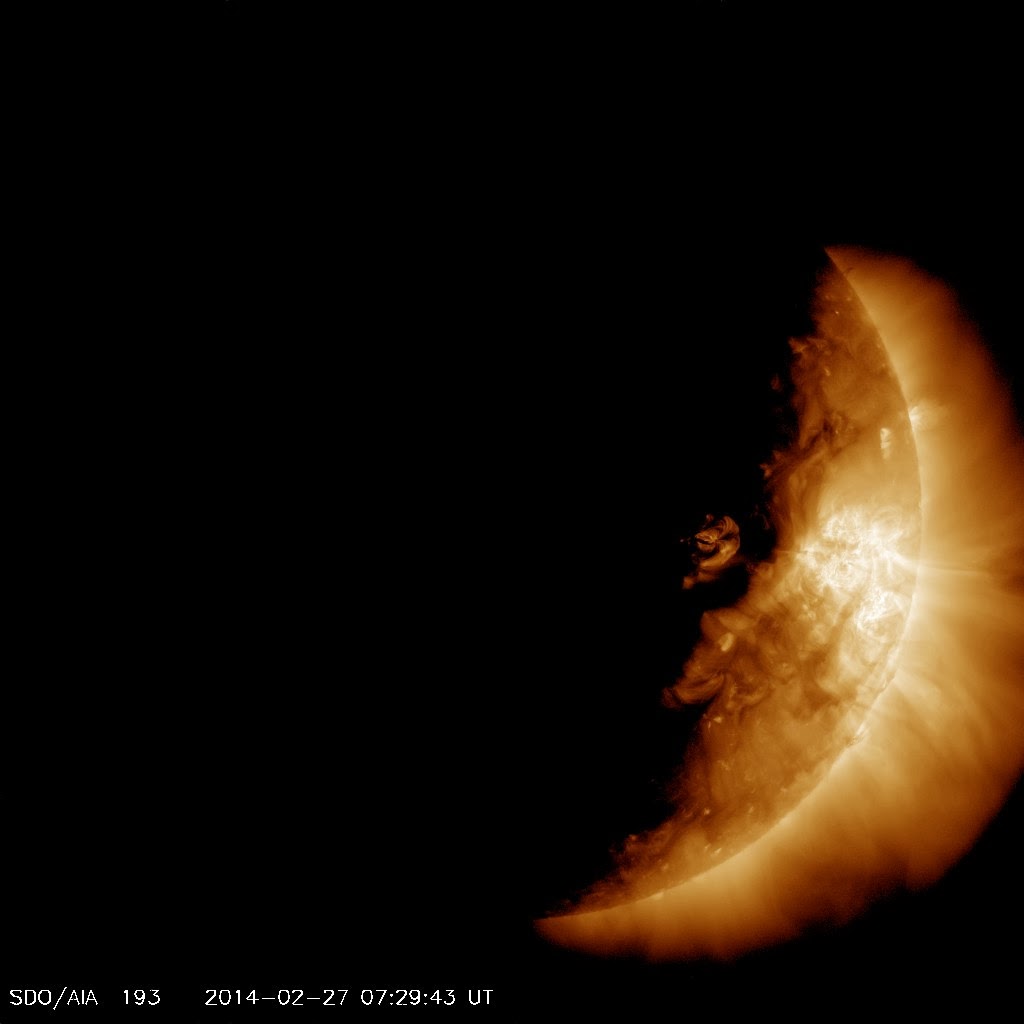 SDO's AIA 193 image from first eclipse – we can see AR 1988 near the edge of the Earth, with a coronal hole just to the right. Active regions 1981-1984 are further to the right and are hardly affected by the Earth, although they soon disappear behind the Earth. (Courtesy of NASA/SDO and the AIA, EVE, and HMI science teams)

Eclipses are one of SDO's largest data holes. But the orbit gives them 24/7 access to the data flow. So far SDO has received 98% of the data.