NASA’s Solar Dynamics Observatory (SDO) has eclipse seasons twice a year near each equinox. Earth passes directly between the Sun and produces a series of eclipses from the point of view of the spacecraft.

The first eclipse of the SDO Spring 2013 Eclipse Season occurred on March 2, 2013 and blocked only the upper left part of the Sun, producing a partial eclipse. The ongoing eclipse season will end in approximately three weeks, somewhere until March 26. These eclipses typically last for only minutes each day, with maximum eclipse period of 72 minutes.

Here are images from two AIA channels showing the eclipse at around 07:15 UTC on March 2, 2013. The 193 image on the left shows the highly structured corona with the Earth passing by. 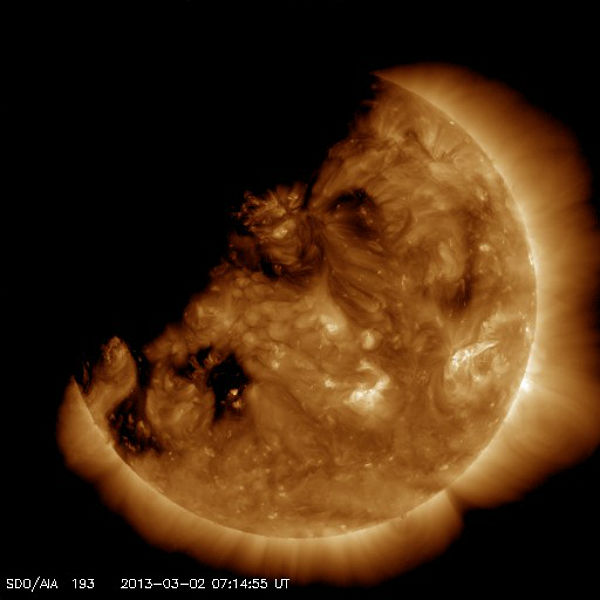 Another image shows the 1600 bandpass a few minutes later. The 1600 image has a much more uniform flow on the surface of the Sun and a much sharper (though still a little fuzzy) edge of the Earth. There is also a crescent of darkness over the top of the Sun that is not related to the eclipse. 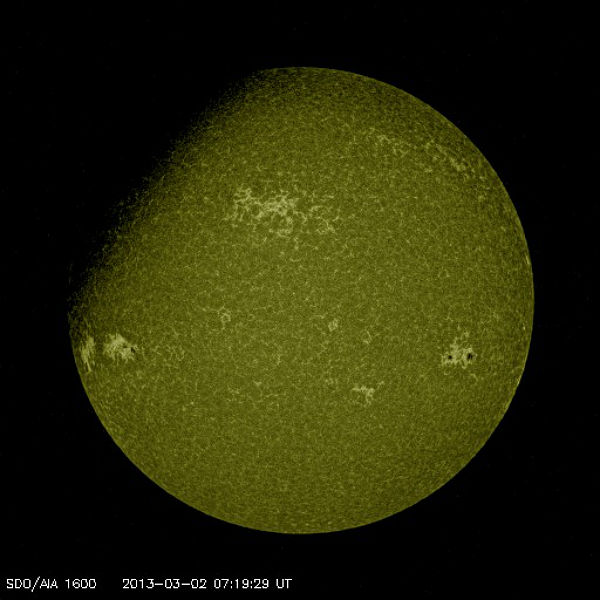