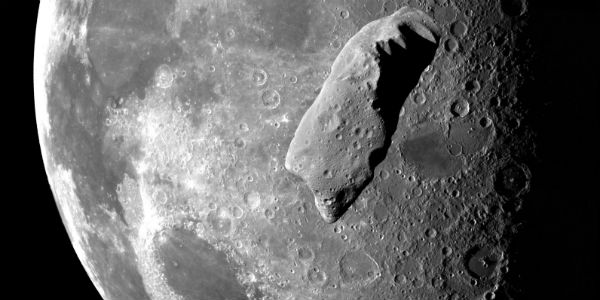 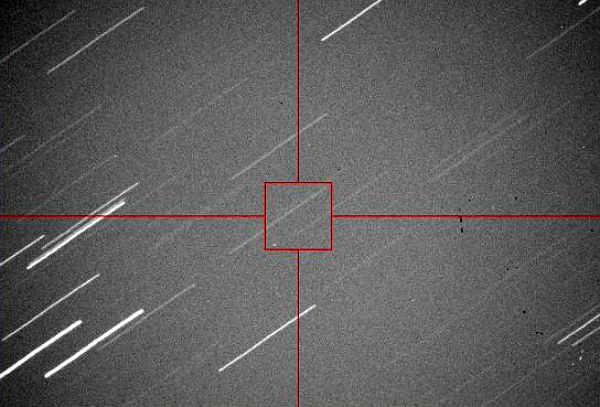 A newly found asteroid, 2013 EC can be seen in the lower left corner of the red box in this image. Screen capture from Virtual Telescope webcast on 3/3/2013.

On February 28, 2013 another newly discovered space rock – Asteroid 2013 EB, flew the same distance – 1LD from our planet. Its size was estimated about 16 meters.

Gianluca Masi from the Virtual Telescope Project had a live view of the asteroid when it was about twice the distance of the Moon, and a replay of that webcast is available below.