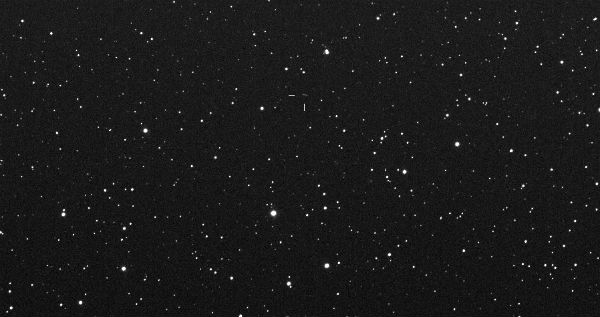 When asteroid 2013 ET passes Earth, it will be at a range equivalent to 2.5 times the distance between the Earth and the Moon, so it will be a faint object in the night sky, difficult to spot through small backyard telescopes or binoculars. 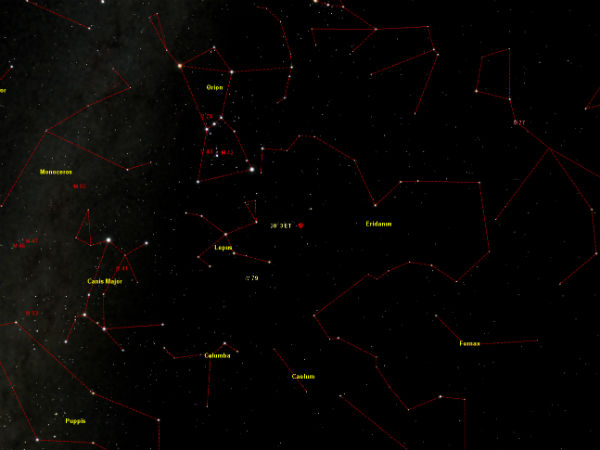 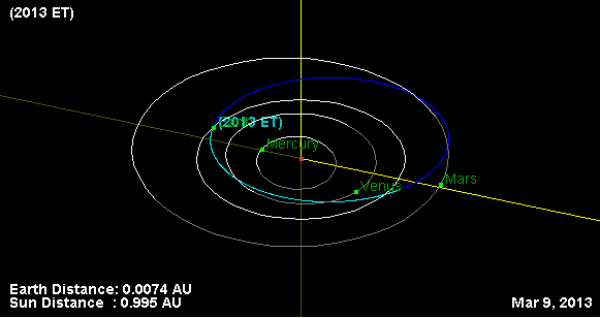 Virtual Telescope Project in Italy, run by astrophysicist Gianluca Masi, was about to webcast a live telescope view of the space rock's flyby on March 8, 2013, beginning at 19:00 UTC, but unfortunately because of heavy rain and clouds above the observatory site, the webcast was cancelled. The next chance to see the asteroid will be on March 9, 2013 at 20:15 UTC by the Slooh Space Telescope webcast from its observatory in the Canary Islands, off the coast of west Africa.

The space rock flyby will come just days after the 10 meters-wide (33-foot) Asteroid 2013 EC approached within 230,000 miles (370,000 km) from Earth, at a range just inside the moon's orbit, early on March 4, 2013. Another, Asteroid 2013 EB passed within a moon’s distance of Earth on February 28, 2013. These asteroids were discovered just a days before close flybys. Astronomers estimate that the number of near-Earth asteroids tops 1 million, but just 9,754 have been discovered (less than 1%.) as of March 4, 2013. Undetected objects can strike Earth without warning. The surprise meteor explosion over Russia last month is just a bitter reminder. The 17 m (55-foot) asteroid caused the February 15, 2013 fireball event in Russia  before astronomers even knew it existed.