Tropical Cyclone Sandra (TC 19P) in Southern Pacific Ocean is gaining more strength. Sandra was upgraded from a Category 1 to Category 2 tropical cyclone overnight with the possibility of an upgrade to Category 3 tomorrow and Category 4 on Monday. Sandra’s central convection strengthened over the storm’s center since the previous day, which indicates that Sandra is gaining strength.

According to latest report by Joint Typhoon Warning Center (JTWC), Tropical Cyclone Sandra is located approximately 645 nm northwest of Noumea, New Caledonia, and is moving eastward at 06 knots over the past six hours. Sandra is expected to continue to move southeast, sparing Queensland’s coastline. Some swells in coastal waters are expected towards the end of next week. Residents of New Caledonia should prepare for impacts from Sandra early next week.  Sandra is expected to pass west of New Caledonia on March 12, and bring heavy rain, possible flooding, strong winds and rough surf. 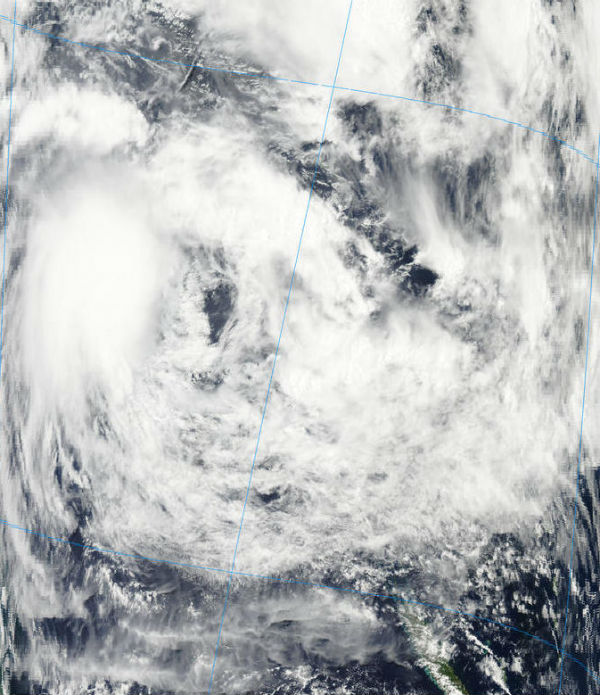 Animated infrared satellite imagery shows deepened central convection over a well-defined low-level circulation center. Upper-level analysis indicates the system is west of an anticyclone in an area of light to
moderate (10-20 knot) easterly vertical wind shear. There is slight poleward enhancement to the outflow provided by an upper-level low over eastern Australia. The cyclone is currently tracking along the southern periphery of the near equatorial ridge. 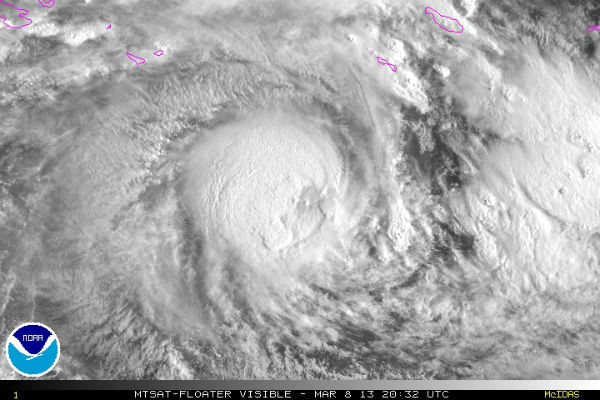 An extension of the subtropical ridge to the east is expected to build and assume steering over the next 48 hours, bringing the cyclone to a more southeastward trajectory. All environmental factors support further
intensification during the forecast period with a peak of 100 knots expected by the next 72 hours. Sandra should begin to weaken after 4 to 5 days as vertical wind shear increases and ocean parameters become less favorable.

The Atmospheric Infrared Sounder (AIRS) instrument that flies aboard NASA’s Aqua satellite captured an infrared image of Cyclone Sandra’s cloud top temperatures on March 8, 2013 (shown in the image bellow). Strong thunderstorms around Sandra’s center and in a band east of the center appeared as cold as -63 Fahrenheit (-52 Celsius), and are indicative of heavy rainfall. 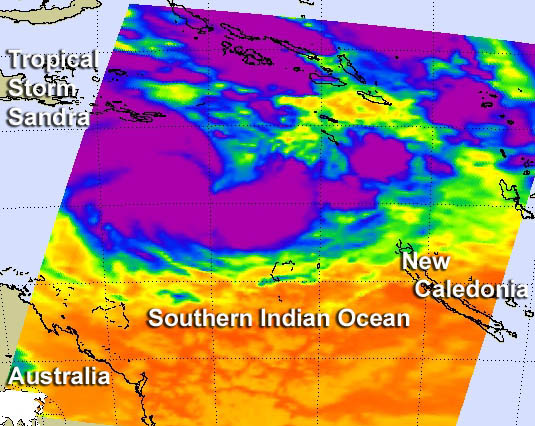 This infrared image of Cyclone Sandra was captured by the AIRS instrument that flies aboard NASA’s Aqua satellite on March 8 at 1447 UTC (9:17 a.m. EST). Sandy’s center and a band of thunderstorms east of center have strong (purple) thunderstorms dropping heavy rainfall. (Credit: NASA JPL, Ed Olsen)

There is also a low risk that a second low could form next week along the monsoon trough about Cape York. The monsoon could bring heavy falls across Cape York and the Gulf of Carpentaria, however, Tropical Cyclone Sandra is still drawing much of the moisture off the east coast. 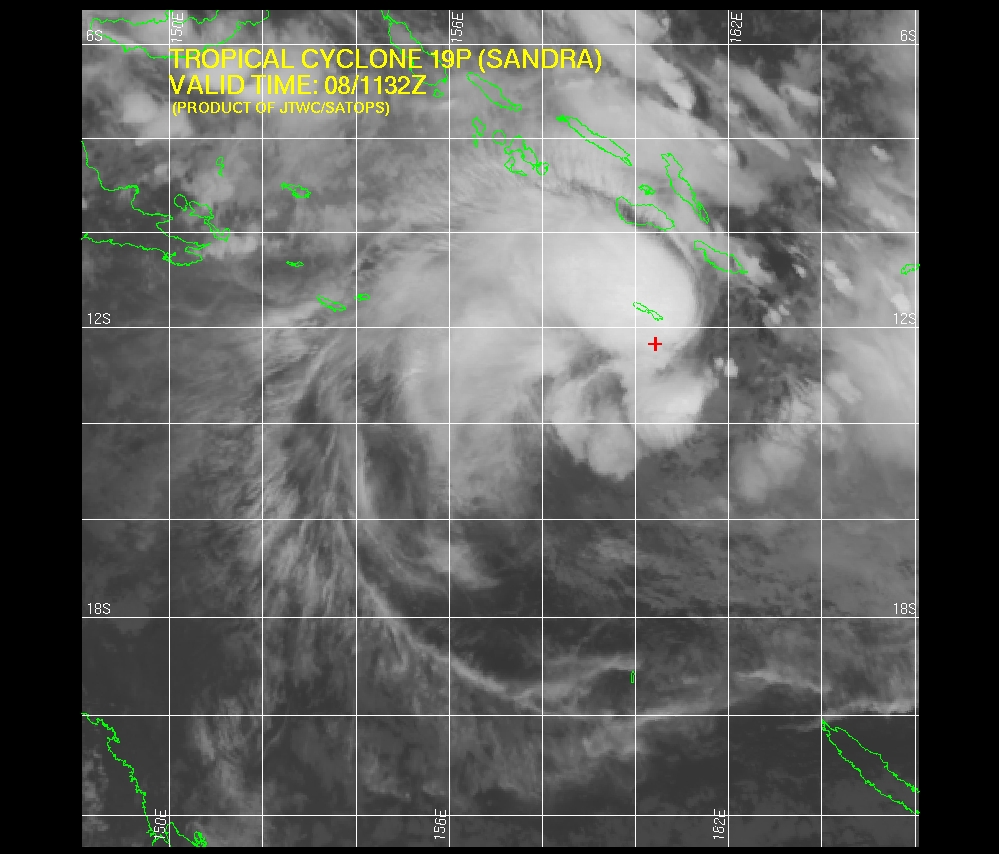 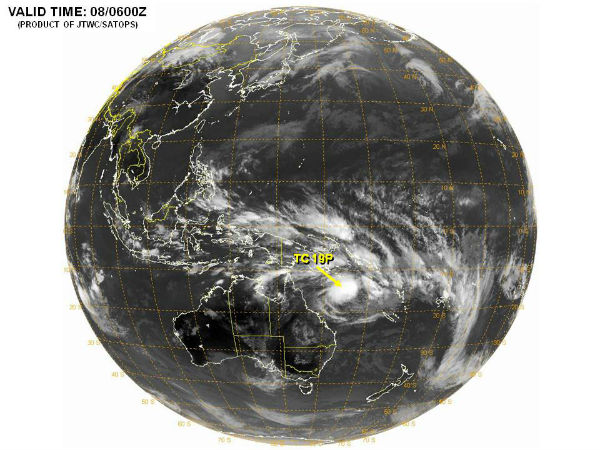