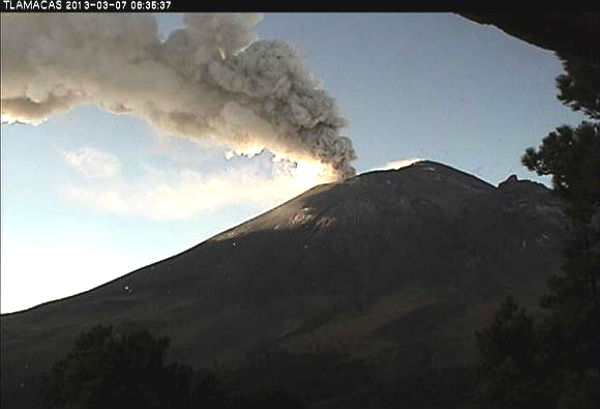 Popocatepetl volcano in Mexico experienced strongest eruption after some time on March 7, 2013.  The volcano has been showing signs of activity since February 2013, and according to reports is now entering a new phase of increased activity. A sequence of exhalations accompanied by emissions steam, gas and moderate amounts of ash occurred. It was observed that some of them had expelled incandescent fragments falling on the slopes of the volcano, mainly in the northeast flank. The Popo seismogram showed frequent, relatively strong local earthquakes  with a few exhalation signals later on the record. The seismic signal shows numerous volcanic quakes, but less tremor generated by gas and magma movement. 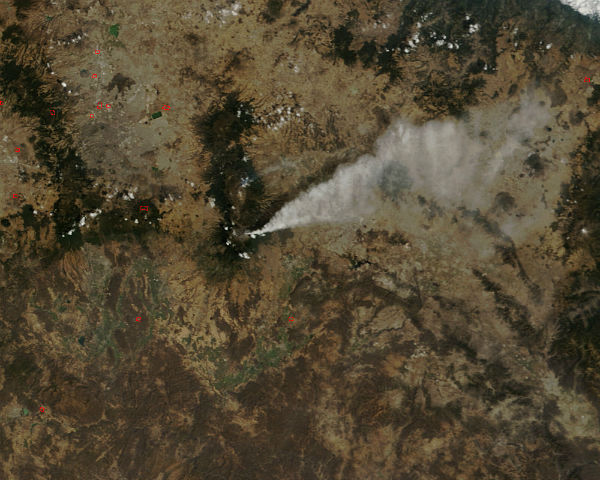 Popocatépetl Volcano, southeast of Mexico City is currently erupting strongly. Ash and steam emission continued.  In the last 24 hours, the monitoring system recorded 24 exhalations with low and moderate intensity, accompanied by emission of steam, gas and ash. A new lava dome had been observed growing in the volcano’s crater and was later removed by an explosive eruption. Seismograms indicate strong volcanic tremor generated by gas and magma movement. Volcanic Alert Level remains at Yellow Phase 2. 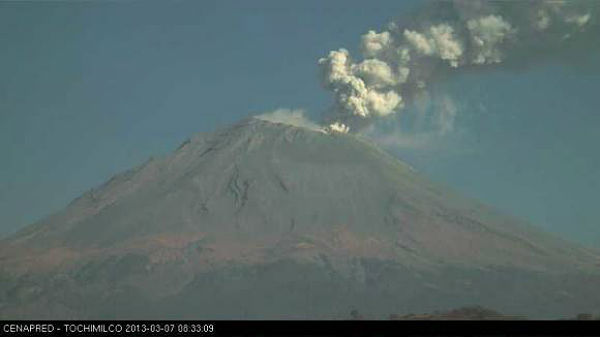 Accompanied by strong tremor, A continuous ash and steam emission column is rising to 23,000 ft (7 km) altitude and drifting in north-west direction. 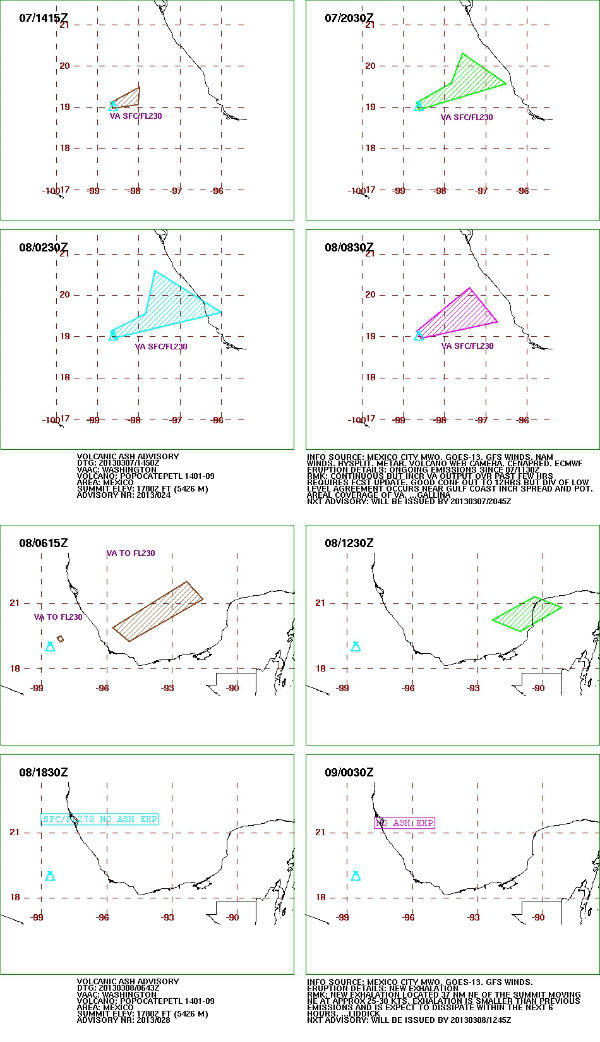 Popocatépetl is an active volcano located in the states of Puebla, State of Mexico, and Morelos, in Central Mexico, and lies in the eastern half of the Trans-Mexican volcanic belt. At 5,426 m (17,802 ft) it is the second highest peak in Mexico, after the Pico de Orizaba at 5,636 m (18,491 ft). It is linked to the Iztaccihuatl volcano to the north by the high saddle known as the Paso de Cortés.

Popocatepetl is 70 km (43 mi) southeast of Mexico City, from where it can be seen regularly, depending on atmospheric conditions. Until recently, the volcano was one of three tall peaks in Mexico to contain glaciers, the others being Iztaccihuatl and Pico de Orizaba. In the 1990s, the glaciers such as Glaciar Norte (North Glacier) greatly decreased in size, partly due to warmer temperatures but largely due to increased volcanic activity.