The total eclipse will be visible from Antarctica and partially visible from South Africa and south Atlantic.

The instant of greatest eclipse will take place at 07:33 UTC, 0.1 days before the Moon reaches perigee. During the eclipse, the Sun is in the constellation Ophiuchus. The synodic month in which the eclipse takes place has a Brown Lunation Number of 1224.2

The eclipse belongs to Saros 152 and is number 13 of 70 eclipses in the series. All eclipses in this series occur at the Moon’s descending node.

The Moon moves northward with respect to the node with each succeeding eclipse in the series and gamma increases. 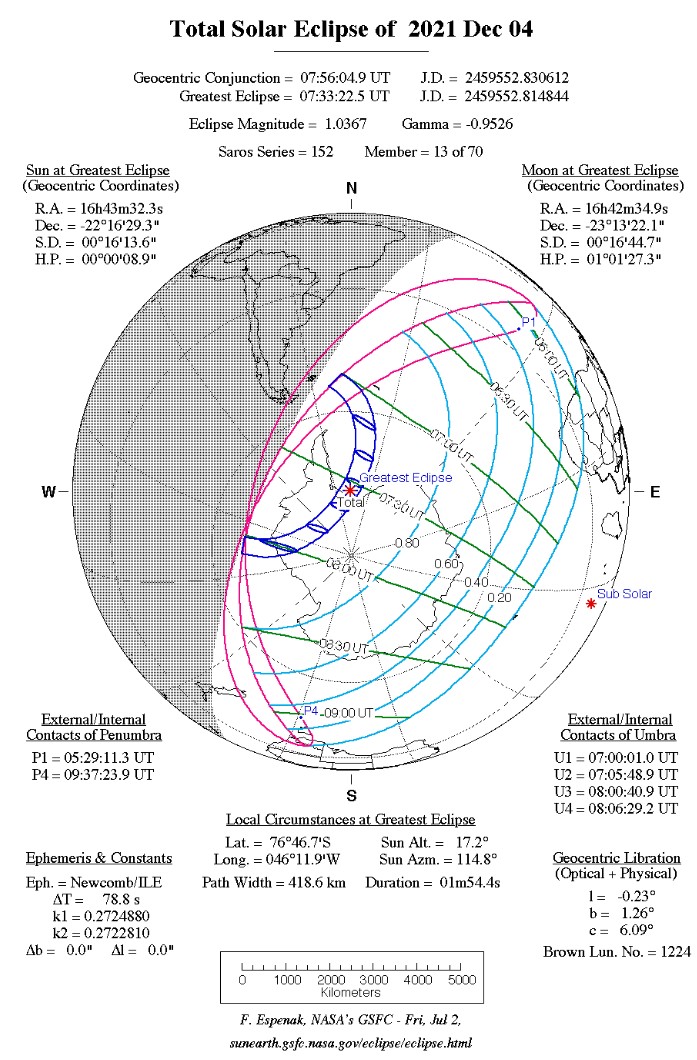