A total solar eclipse will take place at 16:13 UTC on December 14, 2020, and be visible from the South Pacific, Chile, Argentina, and the South Atlantic. Observers from southern South America, the Pacific, and those currently in Antarctica will experience a partial eclipse. The event takes place on the peak day of the Geminid meteor shower. Just 7 days later, on December solstice, the two biggest planets in our solar system — Jupiter and Saturn — will appear closer in our night sky than they have since 1226 — the Great Conjunction.

The solar eclipse of December 14, 2020, takes place 1.8 days after the Moon reaches perigee. During the eclipse, the Sun will be in the constellation of Ophiuchus. The synodic month in which it takes place has Brown Lunation Number of 1212.

It belongs to Saros 142 and is number 23 of 72 eclipses in the series, NASA's eclipse expert Fred Espenak noted.

All eclipses in this series occur at the Moon’s descending node. The Moon moves northward with respect to the node with each succeeding eclipse in the series and gamma increases.

The total solar eclipse of December 14, 2020, is preceded two weeks earlier by a penumbral lunar eclipse on November 30. These eclipses all take place during a single eclipse season.

Totality will last for a maximum of 2 minutes and 10 seconds at the point of greatest eclipse. 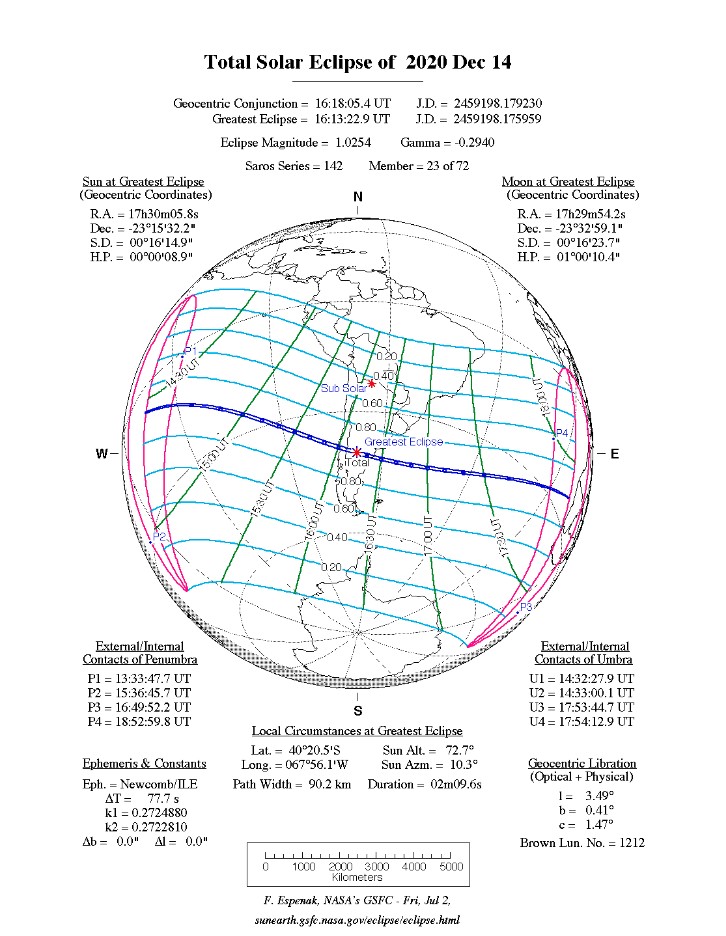 The animation below, courtesy of Dominic Ford of InTheSky.org, shows the path of the Moon's shadow across the Earth.

The red circle shows the edge of the Moon's shadow: all places inside the red circle will see the Moon covering some part of the Sun's disk.

Within this, contours show where various fractions of the Sun's disk is covered.

The green cross in the center of the Moon's shadow indicates the point of the central eclipse, where the Moon appears exactly centered on the middle of the Sun's disk, and where a total eclipse will be seen.

The eclipse takes place during the peak of the Geminid meteor shower. While this shower runs from December 4 to 17, peak day should have a nominal rate of around 120 meteors per hour.

The planets will pass just 6.1 arcminutes of each other in their closest approach, visible from most of the world, since the year 1226. The next time they get so close will be on March 15, 2080.

The two planets will lie deep in the southern sky at the time of the conjunction, at a declination of 20°S, making the best views from the southern hemisphere.

"But they will nonetheless still be accessible to any northern observers who are willing to travel to find a clear southern-western horizon," Dominic Ford of InTheSky.org explains.

"Since the pair will be several months past opposition, they will only be visible in the early evening sky and will be well on their way to setting at sunset. The best time to see the pair will be soon after sunset on the night of December 21."

To some, they might appear as a single bright star. 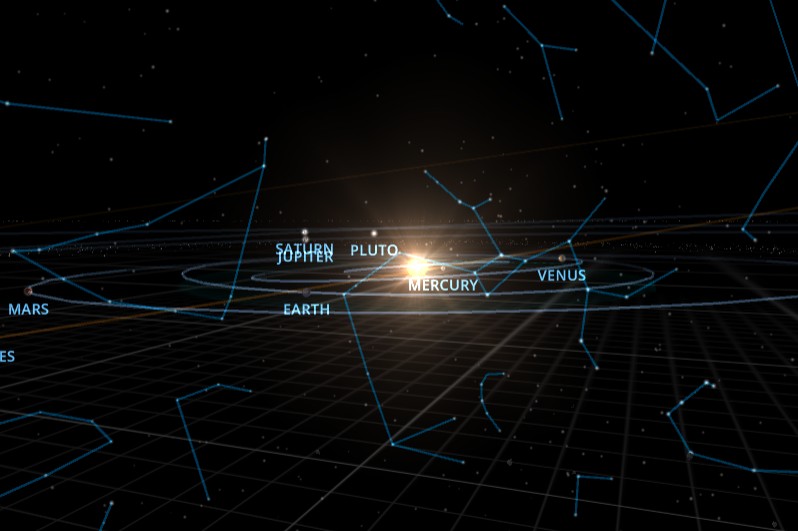 You don't have to wait for December 21 to take a look at them, as they are pretty much close already.

A wise man once said it's always a great time to take conscious control of your life.