After a total lunar eclipse of May 26, parts of the Earth are now anticipating the first solar eclipse of 2021.

On June 10, the annular solar eclipse best known as the Ring of Fire event will start at sunrise over the northern part of Lake Superior in Ontario, Canada. It will continue across the Arctic region over Greenland, across the North Pole through midday, and will end up over northeast Siberia at sunset.

The instant of greatest eclipse takes place at 10:41 UTC. This is 2.3 days after the Moon reaches apogee.

During the eclipse, the Sun is in the constellation Taurus. The synodic month in which the eclipse takes place has a Brown Lunation Number of 1218. The eclipse belongs to Saros 147 and is number 23 of 80 eclipses in the series. All eclipses in this series occur at the Moon’s ascending node.

The Moon moves southward with respect to the node with each succeeding eclipse in the series and gamma decreases, according to Fred Espenak's Five Millennium Canon of Solar Eclipses.

The annular phase will last for a maximum of 3 minutes and 51 seconds at the point of the greatest eclipse.

While this kind of eclipse is considered partial, it is expected to be a very dramatic celestial show with the ring of bright light surrounding the moon. 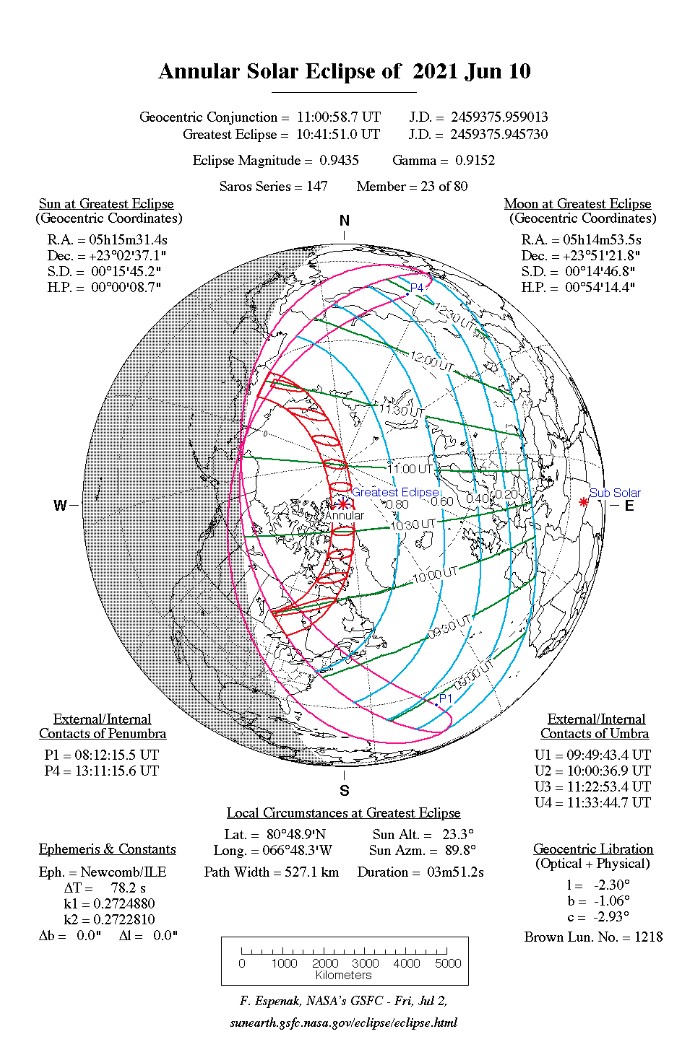 A partial eclipse will be much more widely visible from other countries as well, including the following: 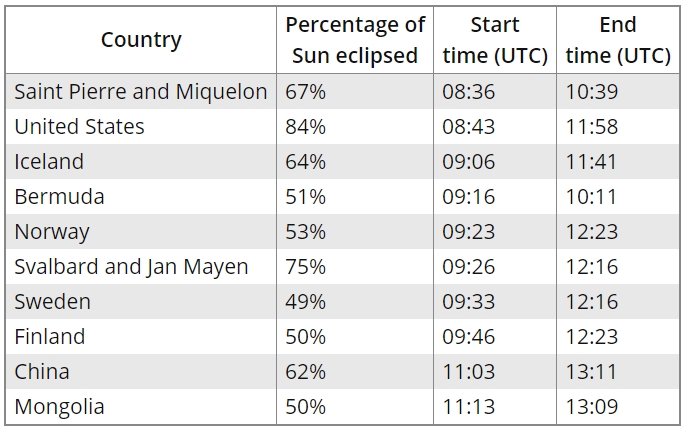 Image credit: In The Sky

Many who had witnessed such a breathtaking event can tell you that it is indeed, a spectacular one to experience.