The USGS has registered 285 earthquakes by 21:24 UTC. The swarm is still in progress and new earthquakes are being registered every few minutes, sometimes 2 or 3 within 1 minute.  (Update: 805 earthquakes were registered by 21:29 UTC on June 6) 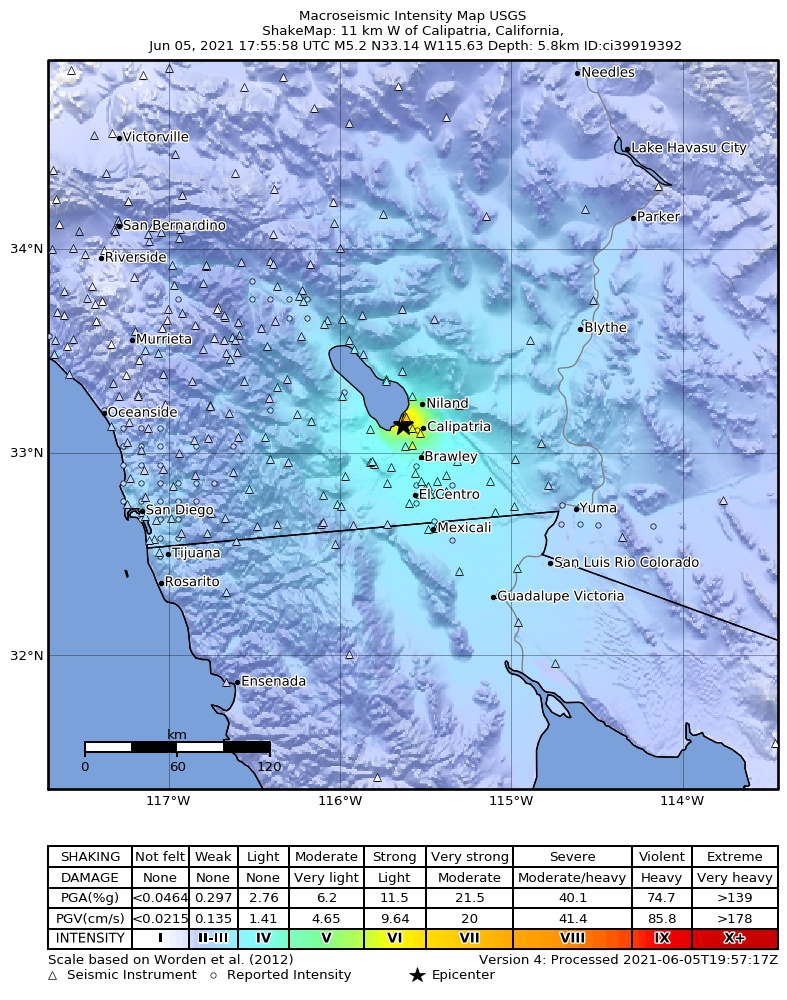 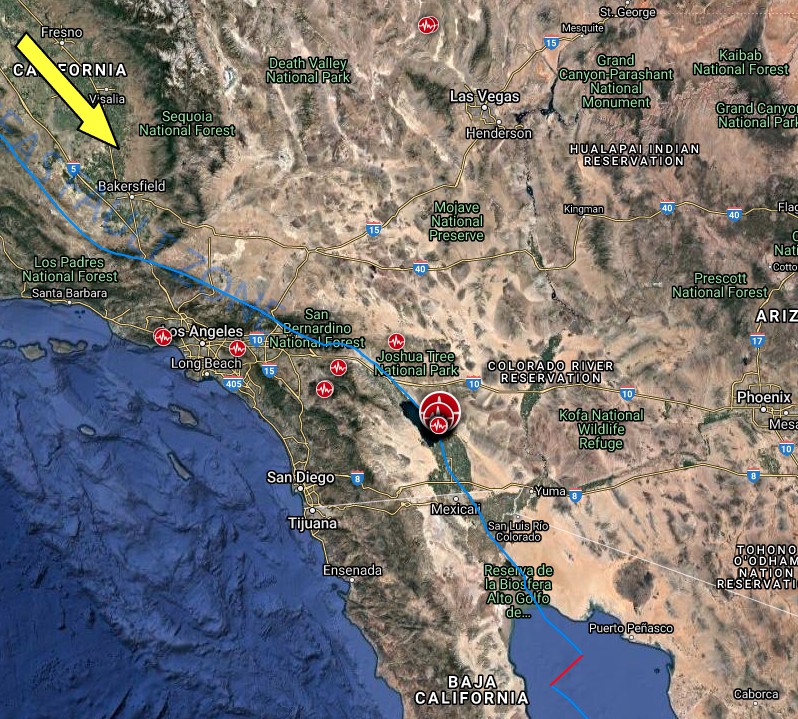 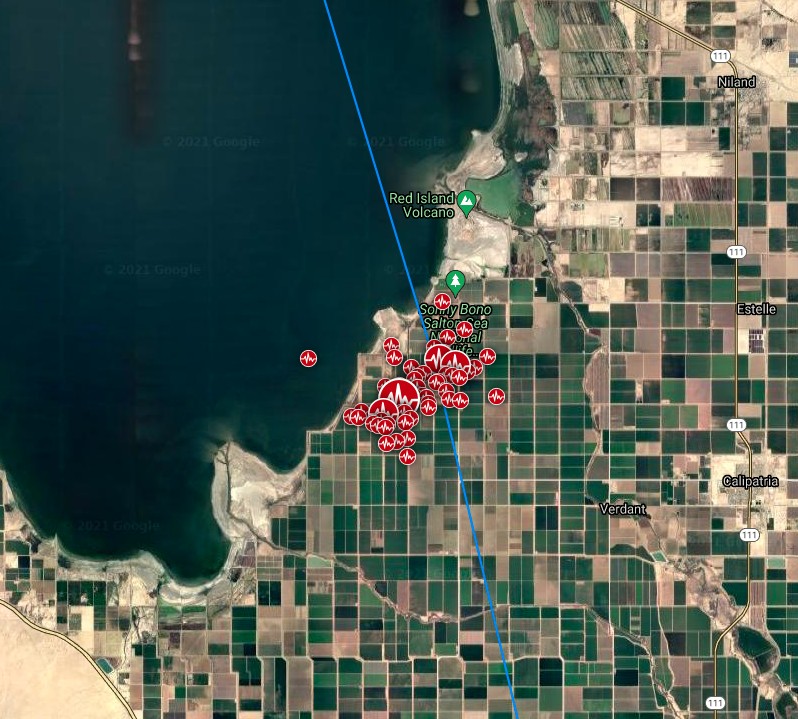 The USGS earthquake scientists said earthquake swarms in this area are not really unusual.

"We last had a swarm right near today’s activity in 2005. And the entire region surrounding the Salton Sea is known for having swarms; we had two just last fall."

According to the USGS forecast, over the next 7 days there is an 8% chance of one or more aftershocks that are larger than magnitude 5.3. It is likely that there will be smaller earthquakes, with 2 to 46 magnitude 3 or higher aftershocks. Magnitude 3 and above are large enough to be felt near the epicenter. The number of aftershocks will drop off over time, but a large aftershock can increase the numbers again, temporarily.