On May 9-10, the Moon will pass directly in front of the sun over the South Pacific, producing the first (annular) solar eclipse this year. At greatest eclipse, 95-98% of the sun’s surface will be covered. An annular eclipse occurs when the Moon eclipses the Sun while near apogee. The Moon’s apparent disk is just smaller than the Sun’s disk and the Sun appears as a brilliant ring, so it’s often called a “ring of fire”.

An annular eclipse will be visible from a 171 to 225 kilometre-wide track that traverses Australia, eastern Papua New Guinea, the Solomon Islands, and the Gilbert Islands. A partial eclipse is seen within the much broader path of the Moon’s penumbral shadow, which includes Australia, Indonesia, Oceania and much of the central the Pacific Ocean. 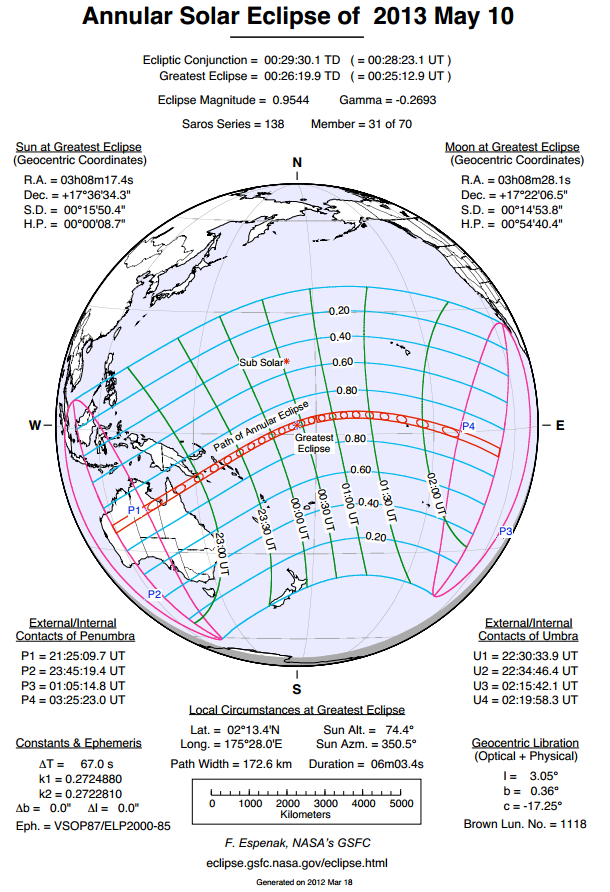 The annular path begins in Western Australia near Collier Range National Park at 22:33 UTC on May 9, 2013. The instant of greatest eclipse will occur at 00:26:20 UTC on May 10, 2013 when the eclipse magnitude will reach 0.9544 with annularity duration of 6 minutes 3 seconds, the path width of 173 kilometres with the Sun 74° above the flat horizon formed by the open ocean. The brightness of the Sun will drop from magnitude -27 to -24.5, over 25,000 times brighter than the full Moon. The shadow will pass just north of Kiribati with no other landfall of any consequence occurring over the remainder of the track. At 02:20 UTC, the antumbral leaves Earth’s surface as the annular path will end. 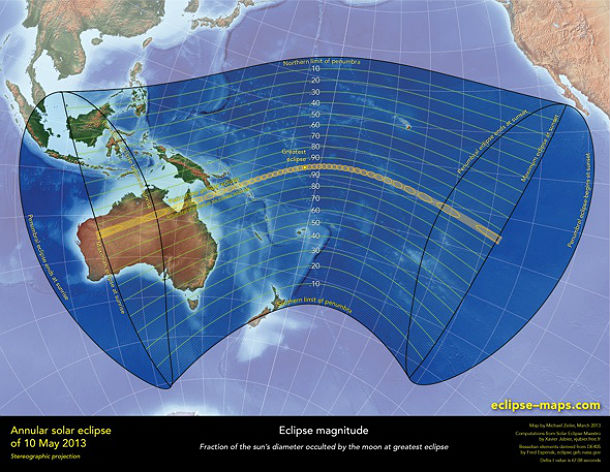 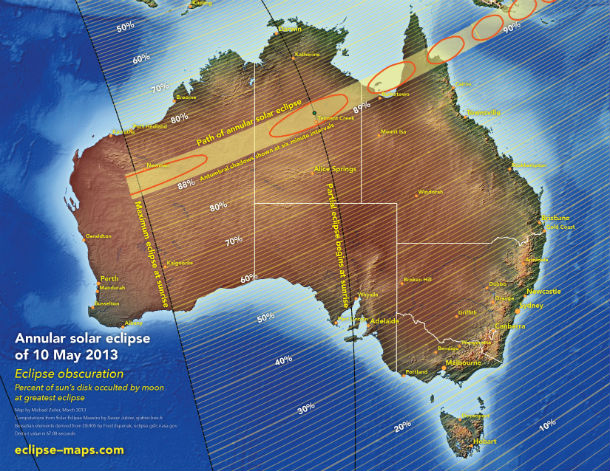 The path of the annular eclipse across Australia (Courtesy of Michael Zeiler at Eclipse Maps).

The next and final solar eclipse for 2013 is a hybrid eclipse on November 3, 2013 and will be visible across the mid-Atlantic and central Africa

WHERE AND HOW TO WATCH

This spectacular sight can only be safely observed with approved solar filters or by projecting an image of the eclipsed Sun onto a flat white surface. Photo experts suggest DSLR with a 400mm lens running at 1/500th of a second shutter speed or faster. Remember to not look through the camera at the Sun! Exposures slower than 1/200th of a second are also out of the question, as you can damage the camera sensor at slow exposures.

Several solar observing satellites, including Hinode and the ESA’s Proba-2 are poised to catch multiple partial solar eclipses on May 9/10, 2013.  You can watch the eclipse live via Space Slooh Camera and  Coca-Cola Space Science Center. 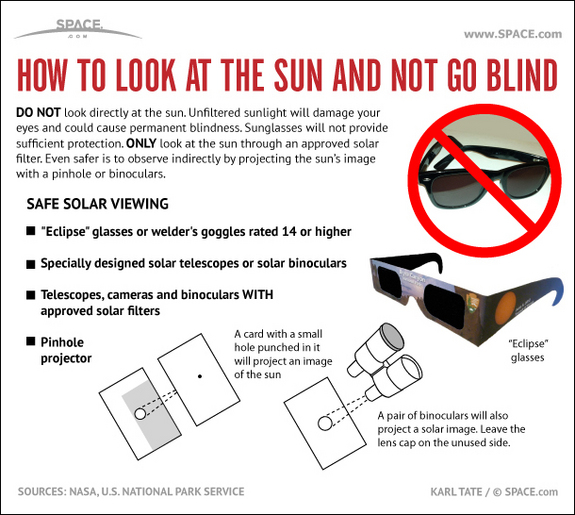 Source SPACE.com: All about our solar system, outer space and exploration