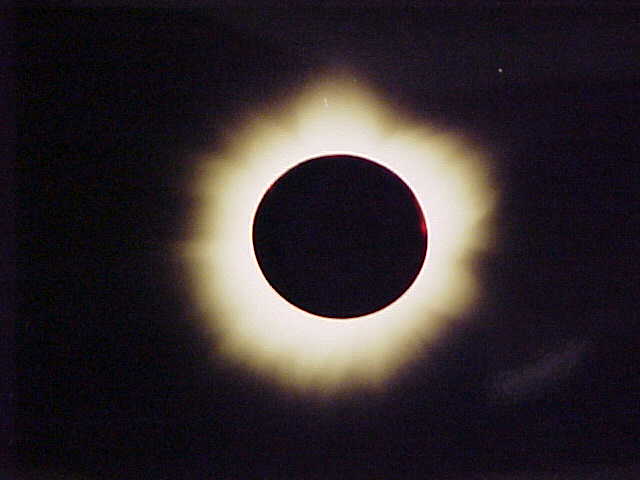 November brings us two eclipses in the month. Total solar eclipse will occur on November 13 and penumbral lunar eclipse on November 28, 2012. On November 13, residents of northeastern Australia will see the sun fully obscured by the moon, whose shadow will darken the sky for 2 minutes there on November 13. The only visible part of the sun during the total eclipse will be its glowing corona, or outer atmosphere, protruding around the moon’s silhouette. Parts of New Zealand and Chile will see the sun partially obscured as the moon crosses the sky.

(Source: SPACE.com: All about our solar system, outer space and exploration)

A lunar eclipse occurs when the Earth, Sun and Moon align, with the Earth situated in the middle.  Penumbral lunar eclipse is when Earth is casting a shadow on the moon which never passes through the dark inner core of the Earth’s shadow (the umbra) but only the hazy border (the penumbra).

November’s penumbral lunar eclipse will be seen at the northern half of the moon, easily visible to the naked eye after most of the moon has dipped into the Earth’s penumbra.

Observers in the Eastern United States will miss out on the lunar eclipse, as the moon will already have set there when the eclipse begins. But the rest of the country can watch at least part of it, with the duration of visibility longest for people on the West Coast and in Alaska. 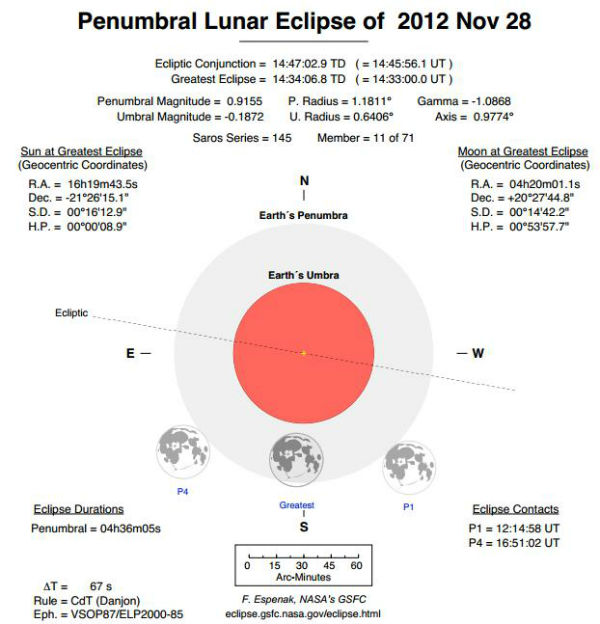