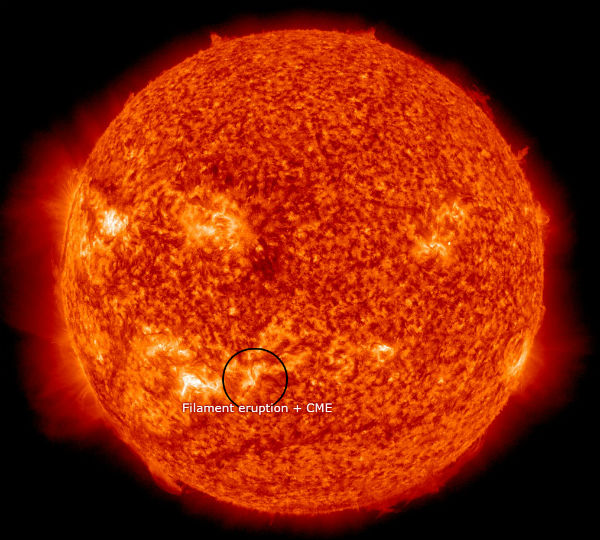 "Courtesy of NASA/SDO and the AIA, EVE, and HMI science teams."

Analysis of this (second) CME released on November 9 is still ongoing, however, new CME Prediction Model (ENLIL) by NASA's GSFC shows part of the CME cloud could reach our planet by late November 12. Increased geomagnetic activity levels and bright auroras are possible.

Regions 1609 and 1611 could produce some additional flares, as well as new region currently behind the East limb (S30). There are currently 5 numbered sunspot regions on the disk. Solar activity is expected to be at low levels. NOAA/SWPC forecasters estimates 10% chances of M-class flare for the next 48 hours. 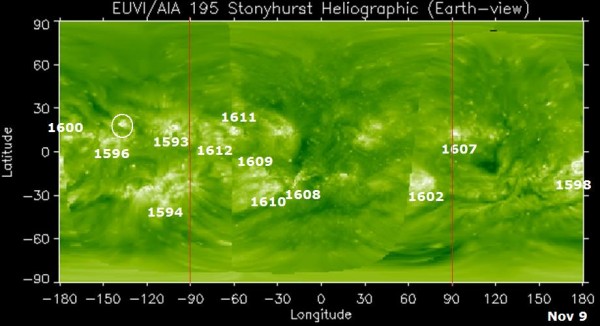 There was a weak enhancement of greater than 10 MeV protons at geosynchronous orbit in response to the full halo, backsided CME that occurred yesterday.

The peak flux level was 2 pfu at 04:20 UTC on November 9. Proton flux plots are showing some increased levels in the last 24 hours. 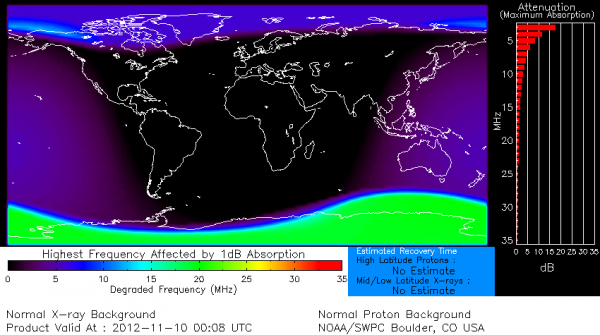