Solar wind parameters over the past 24 hours were indicative of enhanced solar wind environment, likely caused by a combination of a glancing blow from a slow-moving Coronal Mass Ejection and influences of a negative polarity CH HSS.

The Bz component varied in conjunction with the strengthened Bt. However, it was orientated predominantly northward through the disturbance.

The phi angle rotated somewhat steadily through 360 degrees from negative to positive and back to negative.

"It is unclear as to the precise cause of the disturbed solar wind environment. However, an enhancement was anticipated due to influences of a negative polarity CH HSS and an embedded, weak glancing transient arrival," SWPC said.

The Coronal Mass Ejection (CMS) was produced after a solar filament, centered near S35W02, erupted around 22:00 UTC on September 19 (as observed in SDO/AIA 304 imagery). A narrow, slow-moving CME signature was observed in STEREO-A COR2 imagery after 00:00 UTC, September 20.

A disturbed and enhanced solar wind environment is expected to continue into September 25, with a return to a more ambient, background-like state anticipated by September 26.

A Co-Rotating Interaction Region (CIR) ahead of a recurrent, isolated, positive polarity CH HSS is likely to arrive later on September 27, and is expected to cause an enhancement in the IMF. 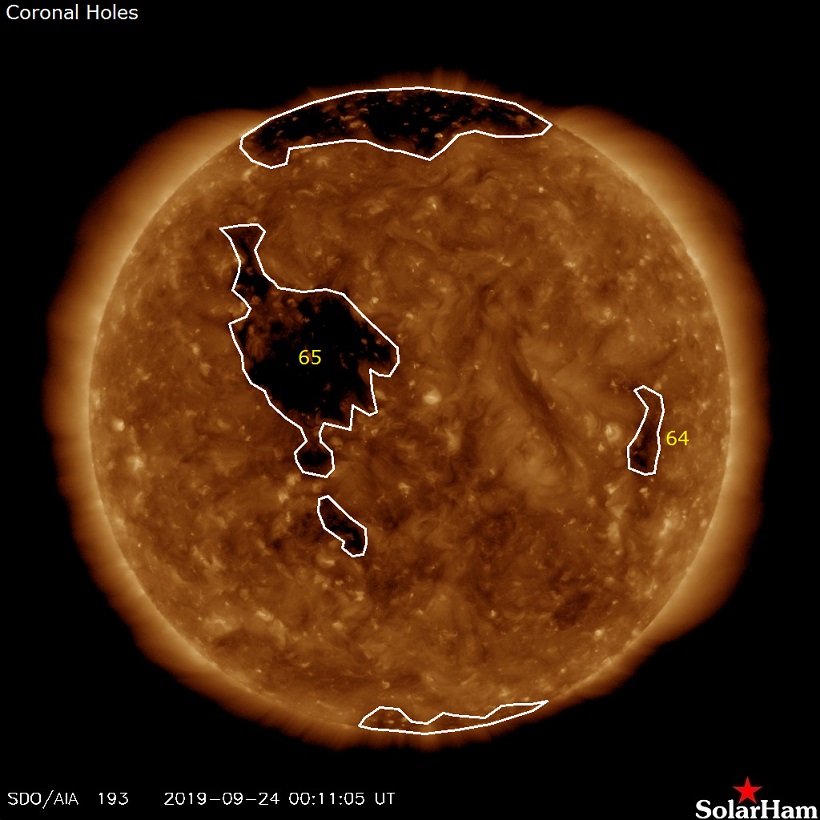 The geomagnetic field was quiet to active in varying response to the disturbed and enhanced solar wind state.

It is expected to respond with quiet to active levels on September 25 in continuing reaction to the disturbed solar wind state.

Weakened solar wind conditions by September 26 are anticipated to result in mainly quiet to unsettled levels.

Most of September 27 is expected to experience quiet to unsettled conditions.

However, active to G1 – Minor storm levels are likely later in the period in response to CIR arrival. 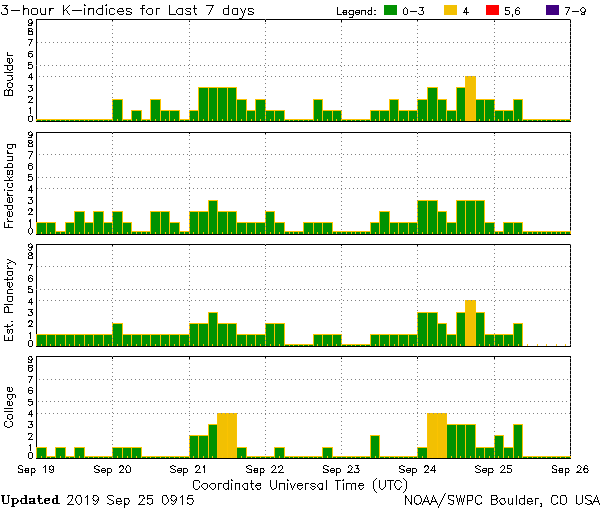