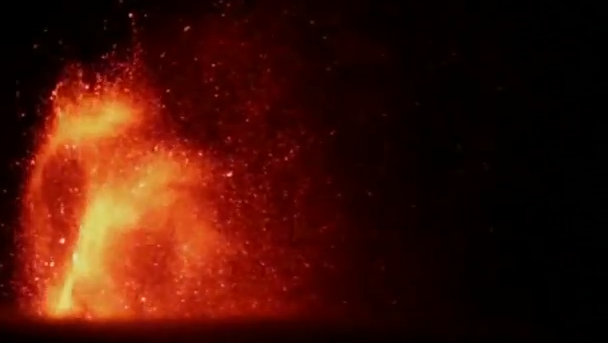 Mount Etna sent plumes of ash and lava into the sky on March 5/6, 2013. Italy’s Civil Protection agency said that increased explosive activity of the volcano was registered. Today's eruption did not cause any interruption to air traffic. 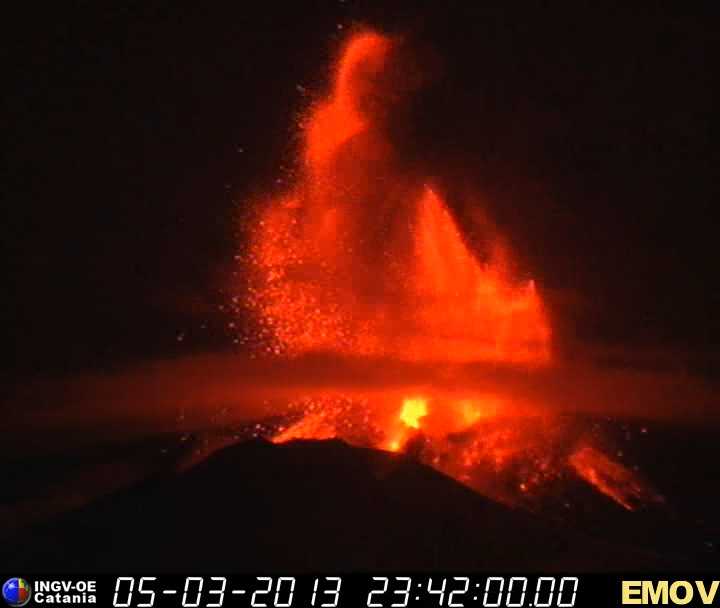 VolcanoDiscovery reports that another paroxysm occurred from the new SE crater during the night. Following a period of increasing strombolian activity, large lava fountains were rising from vent in the saddle between the old and new SE crater as well its summit vent.

Mount Etna, towering above Catania, Sicily's second largest city, has one of the world's longest documented records of historical volcanism, dating back to 1500 BC. Historical lava flows of basaltic composition cover much of the surface of this massive volcano, whose edifice is the highest and most voluminous in Italy. The Mongibello stratovolcano, truncated by several small calderas, was constructed during the late Pleistocene and Holocene over an older shield volcano. The most prominent morphological feature of Etna is the Valle del Bove, a 5 x 10 km horseshoe-shaped caldera open to the east.