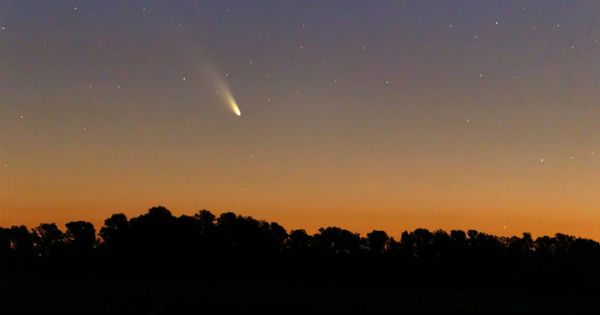 Comet C/2011 L4 was discovered by astronomers at the University of Hawaii, as part of the Panoramic Survey Telescope & Rapid Response System or Pan-STARRS,  in June 2011 with the 1.8 meter (70.7 inch) telescope atop Mount Haleakala. At the time of discovery it was about 1.2 billion km (700 million miles) from the Sun, just beyond the orbit of Jupiter. It is believed that this comet originated in the Oort cloud, located in the distant outer Solar System. It was probably gravitationally disturbed by a distant passing star, sending it on a long journey toward the Sun. After leaving the planetary region of the Solar System, the post-perihelion orbital period is estimated to be about 110000 years.

Comet Pan-STARRS (C/2011 L4) is now visible to observers in the southern hemisphere. It emerges in the western sunset horizon, and it could be easily visible through binoculars or a small telescope and even to the naked eye. Southern Hemisphere skywatchers report that its condensed appearance and high surface brightness have been helping its visibility in twilight. It will be visible for observes at mid-northern latitudes this week.

This comet has a second fainter dust tail, called a Type III tail, composed of heavier dust particles, dimly visible in the latest photos  alongside the brighter Type II tail. There is also a third ion tail, currently not visible with the naked eye. Dust tails form when the heat of the sun vaporizes dust-laden ices in the comet’s nucleus. Gases like carbon monoxide and cyanogen, which are normally neutral, get their energy levels pumped up by the sun’s ultraviolet light, shed their outer electrons and become “ionized.” 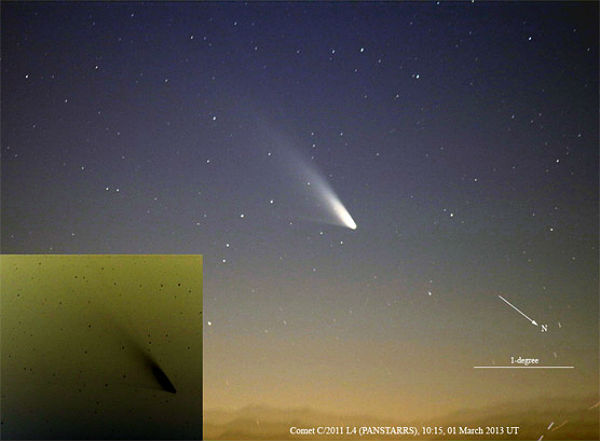 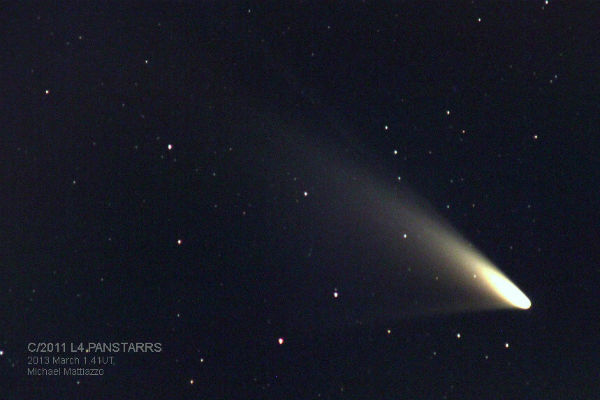 On March 5, 2013, Comet Pan-STARRS made its closest approach to Earth (1.1 AU). The following video shows Comet PanSTARRS taken from the top of the Moonbi range in Australia on the March 5, 2013 (visible to the naked eye, shows well in the wide shot using the Watec 902H, and closer up through the 10" dob using the GStar camera). 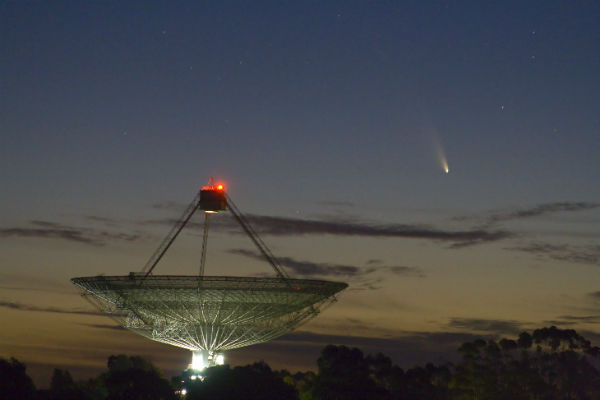 Pan-STARRS is moving north rapidly and will become visible across Europe, North America and Asia from March 7, 2013. The following animation made by astronomer Geert Barentsen from Armagh Observatory shows map of visibility of comet Pan-STARRS through March 2013.

Comet Pan-STARRS makes its closest approach to the Sun  on March 10, 2013 at distance of 0.3 AU. Unfortunately, when brightest, the comet will appear only 15° from the Sun, which will make it difficult to see even as the nucleus vaporizes and brightens. This is Comet Pan-STARRS's first visit to the inner solar system, so anything is possible as its virgin ices are exposed to intense solar heating which could vaporize the comet's icy core and creating a wide, fan-shaped tail. Some experts agree that we could see something akin to how Comet McNaught (C/2006 P1) appeared as it skirted the western horizon at dusk in January 2007. 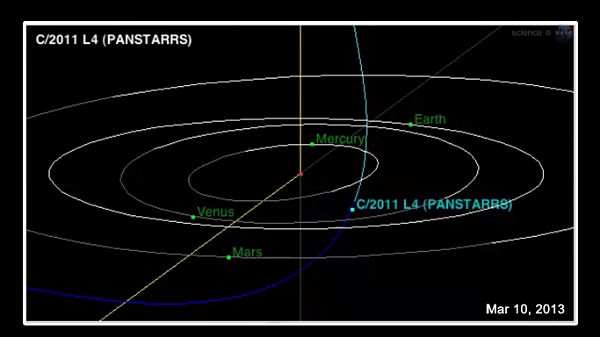 This NASA diagram shows the location in the solar system of comet Pan-STARRS, also known as comet C/2011 L4 (PANSTARRS), as it will be on March 10, 2013, when the comet is closest to the sun.

On March 12 and 13, 2013 it should be visible in the northern hemisphere not far from the crescent Moon. Light curves suggest that the comet's brightness will peak near 2nd magnitude.

Comet PanSTARRS will continue its trek northward through Pisces into Andromeda for the remainder of March, passing within 3° of the Andromeda Galaxy M31 on April 3, 2013 and crossing the galactic plane in Cassiopeia on April 25, 2013. From mid-May onward, Comet Pan-STARRS will become circumpolar for observers at mid-northern latitudes and will remain visible all night long. At that time it will shine around 8th magnitude and require a small to medium-sized telescope to view.

Check the SpaceWeather's realtime comet gallery for the latest images. 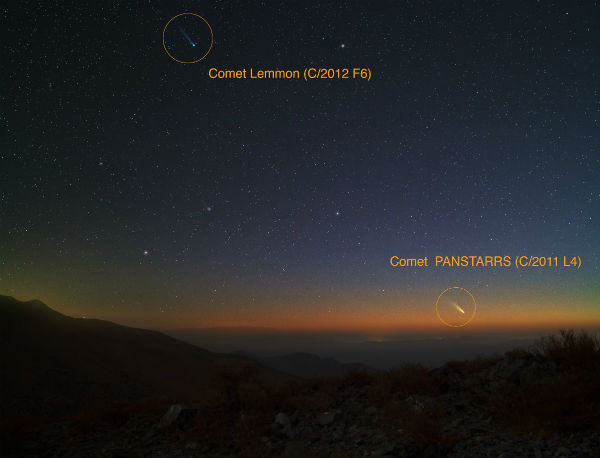 Two comets in the evening sky over the Atacama Desert in early March. Comets F6 Lemmon and PANSTARRS both show  tails with PANSTARRS currently the brighter of the two. (Credit: Yuri Beletsky)